This little black camera looks like something out of a spy movie — the kind of device one might use to snap discrete photos of confidential documents.

This little black camera looks like something out of a spy movie — the kind of device one might use to snap discrete photos of confidential documents.

It's about half the size of a computer mouse. 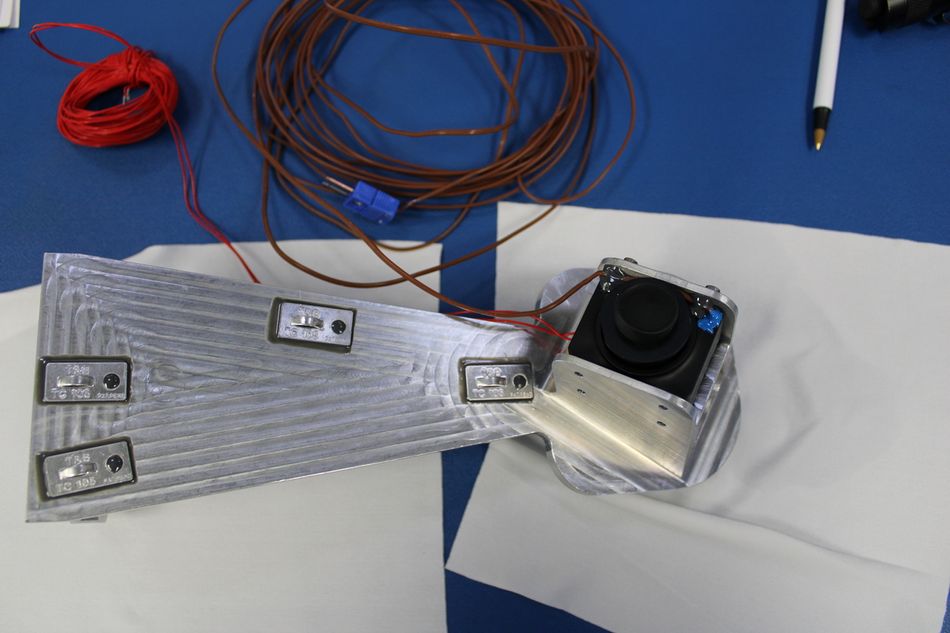 The SCALPSS cameras, one of which is pictured here prior to thermal vacuum testing, are about the size of a computer mouse. Credits: NASA

But the only spying this camera — four of them, actually — will do is for NASA researchers wondering what happens under a spacecraft as it lands on the Moon.

It's a tiny technology with a big name — Stereo Camera for Lunar Plume-Surface Studies, or SCALPSS for short — and it will journey to the Moon in 2021 as a payload aboard an Intuitive Machines Nova-C lunar lander spacecraft. Intuitive Machines is one of two U.S. companies delivering technology and science experiments to the lunar surface later this year as part of NASA's Commercial Lunar Payload Services (CLPS) initiative. SCALPSS will provide important data about the crater formed by the rocket plume of the lander as it makes its final descent and landing on the Moon's surface.

As part of the Artemis program, NASA will send robots and humans to study more of the Moon than ever before. The agency plans to establish sustainable lunar exploration by the end of the decade, and has outlined its Artemis Base Camp concept for the lunar South Pole. Landers may deliver multiple payloads very near one another. Data such as that from SCALPSS will prove aid in computer models that inform subsequent landings. 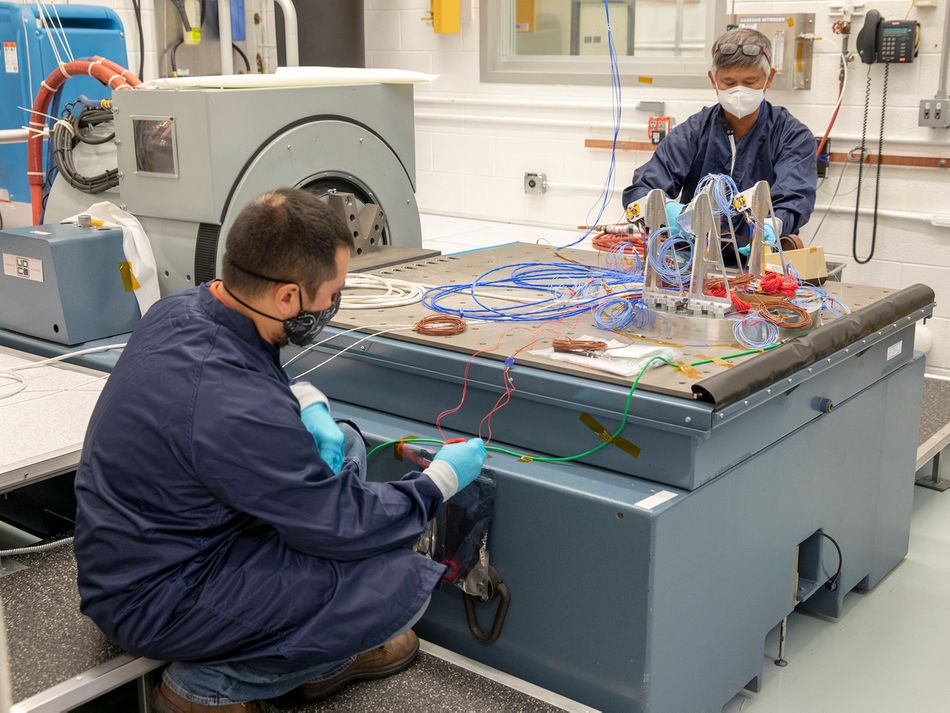 "As we send bigger, heavier payloads and we try to land things in close proximity to each other, first at the Moon then at Mars, this ability to predict landing impacts is very important," said Michelle Munk, principal investigator for SCALPSS at NASA's Langley Research Center in Hampton, Virginia.

The four SCALPSS cameras, which will be placed around the base of the commercial lander, will begin monitoring crater formation from the precise moment a lander's hot engine plume begins to interact with the Moon's surface.

"If you don't see the crater when it starts to form, you can't really model it," said Munk. "You've got to have the start point and the end point and then you can figure out what happened, in between."

The cameras will continue capturing images until after the landing is complete. Those final stereo images, which will be stored on a small onboard data storage unit before being sent to the lander for downlink back to Earth, will allow researchers to reconstruct the crater's ultimate shape and volume. 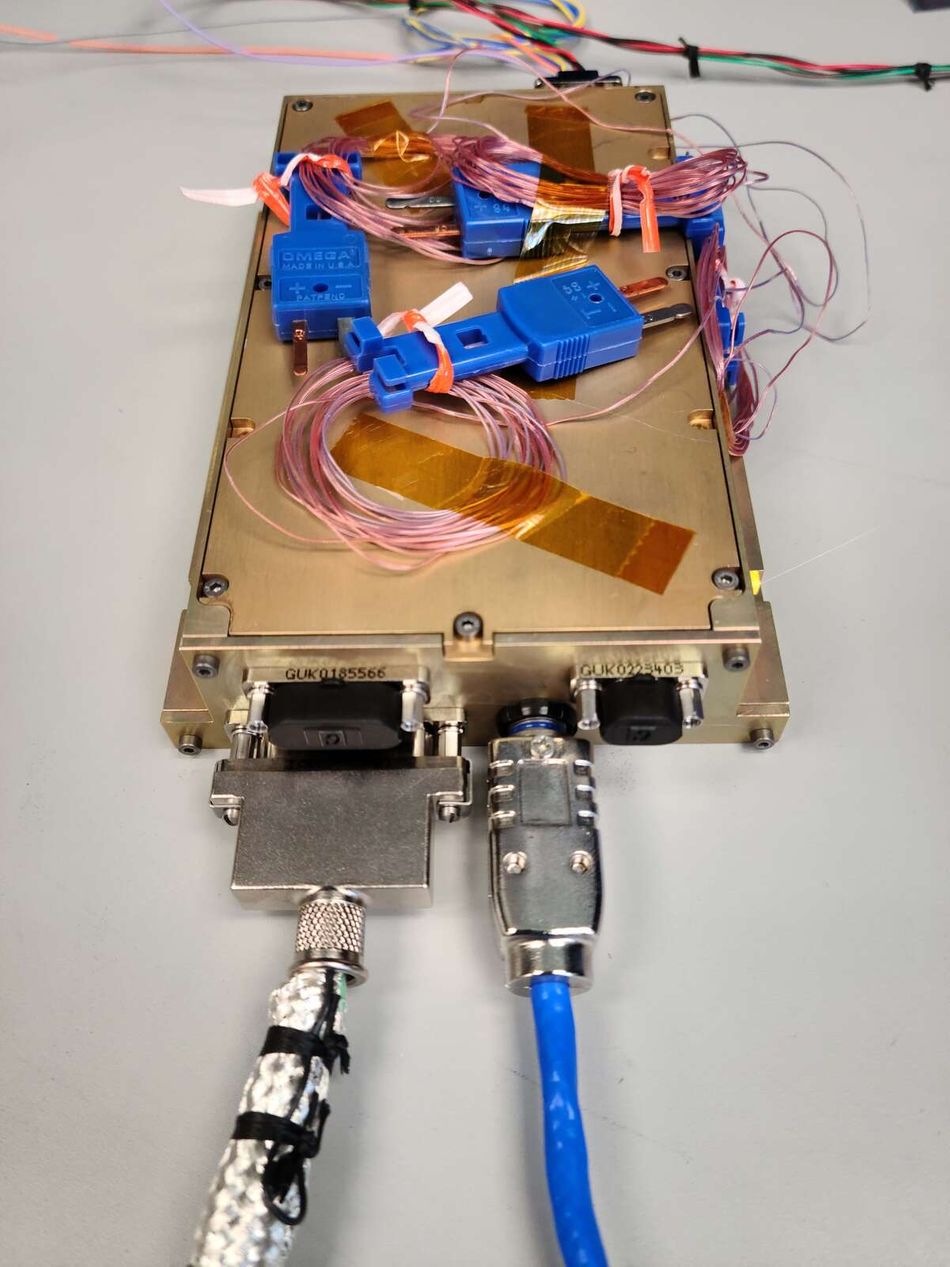 The SCALPSS data storage unit will store the imagery the cameras collect as the Intuitive Machines Nova-C lunar lander spacecraft makes its final descent and lands on the Moon's surface. Credits: NASA

Testing to characterize the SCALPSS camera and lens took place last year at NASA's Marshall Space Flight Center in Huntsville, Alabama. Researchers conducted radial distortion, field-of-view and depth-of-focus tests among others. They also ran analytical models to better characterize how the cameras will perform. Development of the actual SCALPSS payload took place at Langley. And over the summer, researchers were able to enter the lab to assemble the payload and conduct thermal vacuum and vibration tests.

That lab access involves special approval from officials at Langley, which is currently only giving access to essential employees and high-priority projects to keep employees safe during the ongoing COVID-19 pandemic. SCALPSS was one of the first projects to return to the center. Before they could do that, facilities had to pass safety and hazard assessments. And while on center, the team had to follow strict COVID-19 safety measures, such as wearing masks and limiting the number of people who could be in a room at one time. The center also provided ample access to personal protective equipment and hand sanitizer.

The SCALPSS hardware was completed in late October and will be delivered to Intuitive Machines in February.

"Development and testing for the project moved at a pretty brisk pace with very limited funds," said Robert Maddock, SCALPSS project manager. "This was likely one of the most challenging projects anyone on the team has ever worked on."

But Munk, Maddock and the entire project team have embraced these challenges because they know the images these little cameras collect may have big ripple effects as NASA prepares for a human return to the Moon as part of the Artemis program.

"To be able to get flight data and update models and influence other designs — it's really motivating and rewarding," said Munk.

Hot off the heels of this project, the SCALPSS team has already begun development of a second payload called SCALPSS 1.1. It will be flown by another CLPS commercial lander provider to a non-polar region of the Moon in 2023 and collect data similar to its predecessor. It will also carry two additional cameras to get higher resolution stereo images of the landing area before engine plume interactions begin, which is critical for the analytic models in establishing the initial conditions for the interactions.

NASA’s Artemis program includes sending a suite of new science instruments and technology demonstrations to study the Moon, landing the first woman and next man on the lunar surface in 2024, and establishing a sustained presence by the end of the decade. The agency will leverage its Artemis experience and technologies to prepare for humanity’s the next giant leap – sending astronauts to Mars as early as the 2030s.