The four-​seater electric aircraft “e-​Sling”, which was developed by ETH students, has taken flight for the first time. The student project has taken two years and a lot of dedication.

For two years, a team of around 20 ETH students worked tirelessly in a hangar in the Innovation Park in Dübendorf. Their ambitious goal: to construct a light aircraft that is entirely battery-powered. “Flying harms the environment. But there are still no good alternatives to aircraft powered by kerosene,” says Anna Thumann, a mechanical engineering student who has been involved in the project from the start. “As a team, we’re motivated by the goal of contributing to a more sustainable air industry.”

In addition to an efficient electric engine, the students developed a modular battery system with a special cooling system. The biggest challenge was achieving the required energy density for the battery while keeping it as lightweight as possible; when it comes to flight, every gram counts. So that they didn’t have to come up with an entire aircraft design alongside the complex drive system, they made use of an existing design: a kind of construction kit for light aircraft from the South African aircraft manufacturer Sling Aircraft served the students as a shell. After a few adjustments, they built it themselves and fitted out the aircraft with their technology.

Today, the team presented the flying skills of their “baby” to journalists for the first time at the Dübendorf airfield. “Being able to construct an aircraft during your studies and then actually see it flying is an indescribable feeling,” says mechanical engineering student Maurice Kaulich, adding that working with the team and the continual improvisation were also unforgettable experiences.

The next goal: a hydrogen powertrain

e-Sling is the first electric aircraft to be equipped with a modular battery system. This means that the batteries can be exchanged during a stopover – although in practice this currently takes some time.  In future, uses for the quiet aircraft could include monitoring national parks without disturbing the animals. e-Sling currently has a range of around 180 km. The students are not satisfied with that, however: in a next step, they would like to develop a hydrogen powertrain for the light aircraft. As hydrogen fuel cells have a significantly higher energy density than the batteries currently in use in e-Sling, this could potentially increase the aircraft’s range. 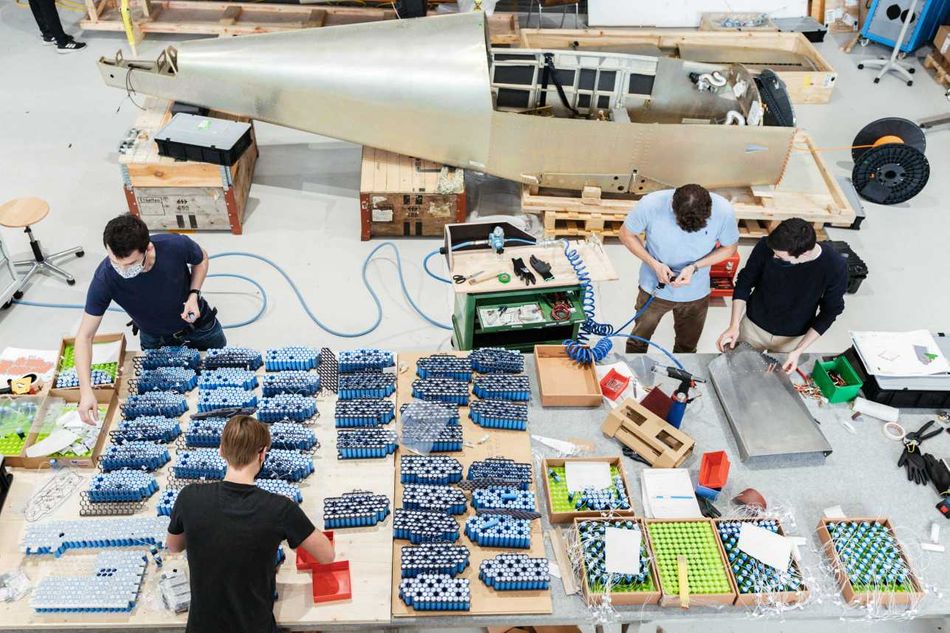 Ever wondered what happens during a test flight for our eVTOL race vehicles?

With the first remotely-flown electric flying car race in Airspeeder’s EXA Series just on the horizon, we follow Alauda Aeronautics’ Operations Manager, Renee Frazer as she scouts out future race locations for eVTOL motorsport events in the Flinders Range in South Australia.

Airspeeder is building the world’s most progressive motorsport. It will see a full-grid of electric flying cars racing closely at high speed above some of the most visually arresting scenery in the world.