Behind the solar panel, sunlight can be seen shining through the plastic backsheet in the grid-shaped space between the solar cells. Credit: GGG999/Shutterstock

Unlike diamonds, solar panels are not forever. Ultraviolet rays, gusts of wind and heavy rain wear away at them over their lifetime.

Manufacturers typically guarantee that panels will endure the elements for at least 25 years before experiencing significant drop-offs in power generation, but recent reports highlight a trend of panels failing decades before expected. For some models, there has been a spike in the number of cracked backsheets — layers of plastic that electrically insulate and physically shield the backsides of solar panels.

The premature cracking has largely been attributed to the widespread use of certain plastics, such as polyamide, but the reason for their rapid degradation has been unclear. By closely examining cracked polyamide-based backsheets, researchers at the National Institute of Standards and Technology (NIST) and colleagues have uncovered how interactions between these plastics, environmental factors and solar panel architecture may be speeding up the degradation process. These findings could aid researchers in the development of improved durability tests and longer-lived solar panels.

Cracks in backsheets often show up first near certain features — such as the grid-shaped space in between the blue or black electricity-producing solar cells — and can eventually propagate through the entire thickness of a sheet. These defects make way for oxygen and moisture to infiltrate and damage the interior where the cells lie and also allow electrical current to escape, increasing risks of electrocution.

If left outside for long enough, any plastic-based backsheet will start to fall apart, but not all backsheets are created equal. Some plastics deteriorate much more rapidly than others.

“In the 2010 to 2012 timeframe, many modules were deployed containing polyamide-based backsheets, which presented dramatic cracking failure in as little as four years despite meeting standard requirements,” said Xiaohong Gu, NIST materials engineer and co-author of the study. 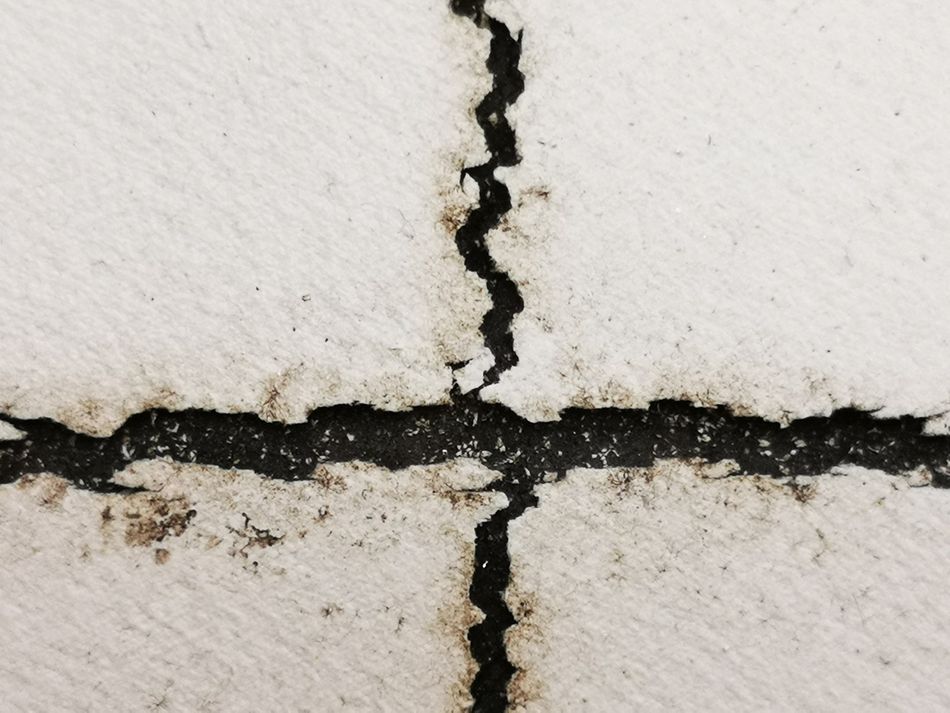 To get to the root of polyamide’s degradation problem, Gu and her team acquired backsheet samples from solar panels deployed in regions around the globe, including sites in the U.S., China, Thailand and Italy. Most of the panels, which were in use from three to six years, showed clear signs of premature cracking.

With the weathered backsheets in hand, the researchers conducted a gamut of chemical and mechanical tests to examine the patterns and severity of degradation throughout the depth of the sheets. The results, described in the journal Progress in Photovoltaics: Research and Applications, showed that the areas of the sheets that had undergone the worst cracking were those that had become the most rigid. And curiously, the most brittle areas were on the inner side of the sheets, Gu said.

How could the quality of the walled-off interior diminish more quickly than the exposed outer layer? Gu and her team speculated that the sunlight-induced degradation of the top side of the encapsulant — a film that surrounds the solar cells — produced damaging chemicals that descended toward the backsheets, speeding up their decay. If true, the proposed mechanism would explain why cracks form in between solar cells, as chemicals could find passage to the back through these regions.

The researchers identified acetic acid as a prime suspect, as it is known to be harmful to polyamide and is produced during the degradation of a polymer commonly used as an encapsulant, called ethylene vinyl acetate (EVA). To test their hypothesis, the researchers stowed several polyamide strips away in vials of acetic acid and then, after five months, analyzed how they decayed compared with strips placed in either air or water. 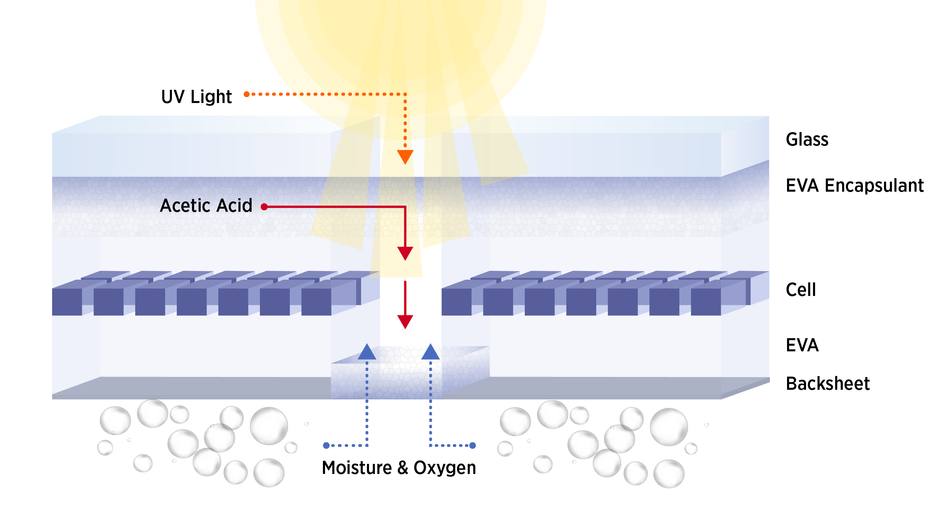 Although moisture and water wear away at the entire outer surface of backsheets, they crack more quickly in the area between solar cells where sunlight shines through. NIST researchers propose that degradation is worse there because acetic acid, which forms when sunlight hits the the rubbery upper layers, can pass between the solar cells toward the backsheets, causing them to decay from the inside out.  Credit: N. Hanacek/NIST

Under the microscope, cracks mirroring those from the weathered backsheets appeared on the surface of the plastic strips exposed to acetic acid, which appeared much worse than on those that had been in air or water. Chemical analysis showed that degradation products of polyamide were higher in the acetic-acid-exposed strips, providing further evidence that the acid accelerates the deterioration of the backsheet material.

The study highlights the interplay between solar panel components (the EVA encapsulant and polyamide backsheet in this case) as a potentially critical factor to consider when designing solar panels that are built to last.

These new insights into premature failures could also become valuable to NIST researchers and others who seek to replicate the degradation process in the lab as a way to test and predict the longevity of solar panel components.

In a new study, researchers from Texas A&M University and industry have designed a smart technology that can help utility companies better serve communities affected by blackouts.

Within the Joint Center for Artificial Photosynthesis, researchers have spent the past decade pursuing breakthrough chemistry to convert sunlight into fuels capable of meeting humanity’s growing energy needs.

Publishing in Science, researchers at EPFL have successfully overcome a limiting problem with stabilizing the best-performing formulation of metal-halide perovskite films, a key player in a range of applications, including solar cells.