An international group of scientists, including some from ITMO University, has proposed a method that allows for significantly increasing the efficiency of solar cells and light-emitting diodes.

The struggle to preserve the environment and sharp fluctuations in oil and gas prices lead to the fact that investors are increasingly looking towards  renewable energy. Experts forecast that the world share of green energy will grow to 30% by 2024, which means that practically every third light bulb will be powered by the energy of the sun, wind or water in just four years. That is why scientists in different countries are actively working to make the process of generating energy from renewable sources as efficient as possible.

For instance, work is currently underway to increase the efficiency of solar cells, one of the most popular green energy sources in the world. Typically, scientists work with the active layer of the cells, which is responsible for absorbing luminous energy – as of now, the industry sees competition between silicon, gallium arsenide, perovskite and other technologies. But the efficiency, cost and durability of solar cells depend not only on the active layer but also the auxiliary ones. Increasing their efficiency while simultaneously decreasing production costs can allow us to boost competitive advantages of a device. 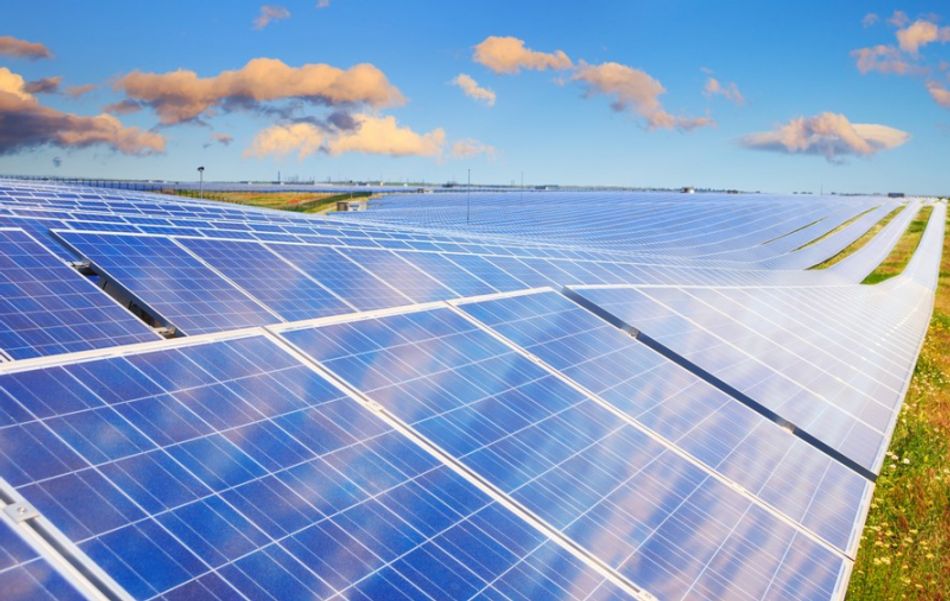 “For the most part, the auxiliary layers are made from organic molecules, polymers or oxides of different metals,” explains Aleksandr Litvin, a senior research associate at ITMO University. “These materials have various disadvantages: some have low stability, some are very expensive and difficult to manufacture. Some are prone to degradation when exposed to water and oxygen molecules in the environment. Yet one of the functions of the auxiliary layers is to protect the active layer.”

Carbon dots with a dash of citric acid

The auxiliary layers of a solar cell can be of an electron-transport or hole-transport type. When sunlight reaches the active layer, pairs of electrons and holes, in other words, a negative and a positive charge, are formed in it. After that, they need to be taken to their corresponding electrodes. And this is where the auxiliary layers come in: the electron-transport one is responsible for extracting and transferring the negative charge from the active layer, while the hole-transport layer performs the same operations with the positive one. Doing that, the layers also need to prevent a reverse process, when the charges get to a wrong electrode. These processes, as well as the generation of the electron-hole pairs in the active layer itself, can also proceed with varying degrees of efficiency.

An international group of scientists, including those from ITMO University, has proposed a new method for the creation of auxiliary layers for solar cells and light-emitting diodes based on perovskite. They used carbon dots – an environmentally friendly and relatively cheap material that can easily be obtained both in the laboratory and industrial conditions. 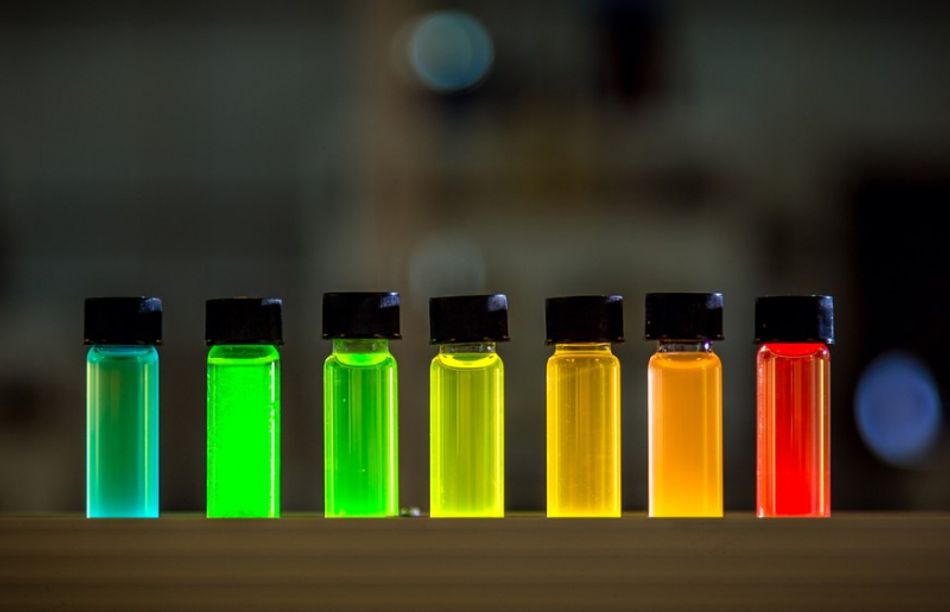 “Carbon dots are carbon-based nanoparticles with a diameter of two to ten nanometers,” explains Aleksandr Litvin, who is a co-author of the research. “Their surface always contains various functional groups that largely determine the properties of this material. The application of carbon dots in solar batteries isn’t something new, what’s important is the modification of their surface by means of working with the functional groups. A different ratio of these groups on the surface determines the electronic configuration of carbon dots. Consequently, tailoring this allows us to get the optimal values of the working functions of the electrodes and the energy levels of the transport layers on which they are applied. This makes it possible to obtain the optimal configuration with maximum efficiency. This approach is universal for different types of devices, which for the first time has allowed the use of carbon dots for increasing the operational efficiency of light-emitting diodes.” 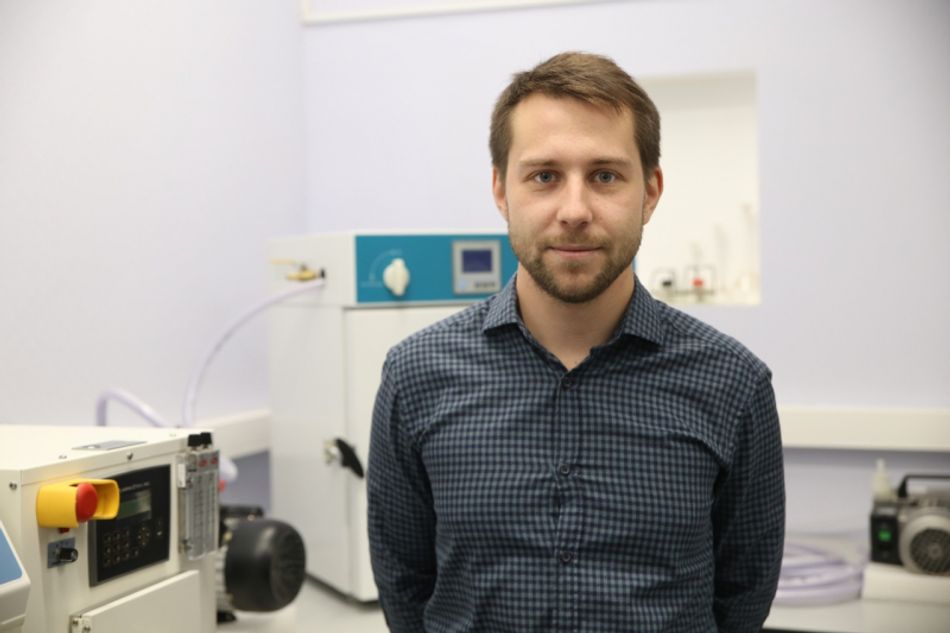 “In this work, we’ve used carbon dots as an electron-transport layer,” says Aleksandr Litvin. “Because of this, we had to lower the material’s working function. For this, when conducting the synthesis we used a larger amount of ethylenediamine, which in its turn caused a larger number of amino groups to appear on the carbon dots’ surface, which improves the extraction and transfer of electrons. To create a hole-transport layer, the ratio needs to be reversed accordingly, by increasing the amount of citric acid.”

When obtained in this way, the material can be used not only for solar cells but also the auxiliary layers of light-emitting diodes. The latter have a broadly similar structure, but the process there is reversed: electrons and holes don’t have to be removed from the active layer but, instead, injected into it in order to create electron-hole pairs the recombination of which in the active layer will ensure luminescence. In both cases, international colleagues of ITMO University scientists obtained a significant increase in efficiency of the devices created with the use of auxiliary layers made from the abovementioned carbon dots. 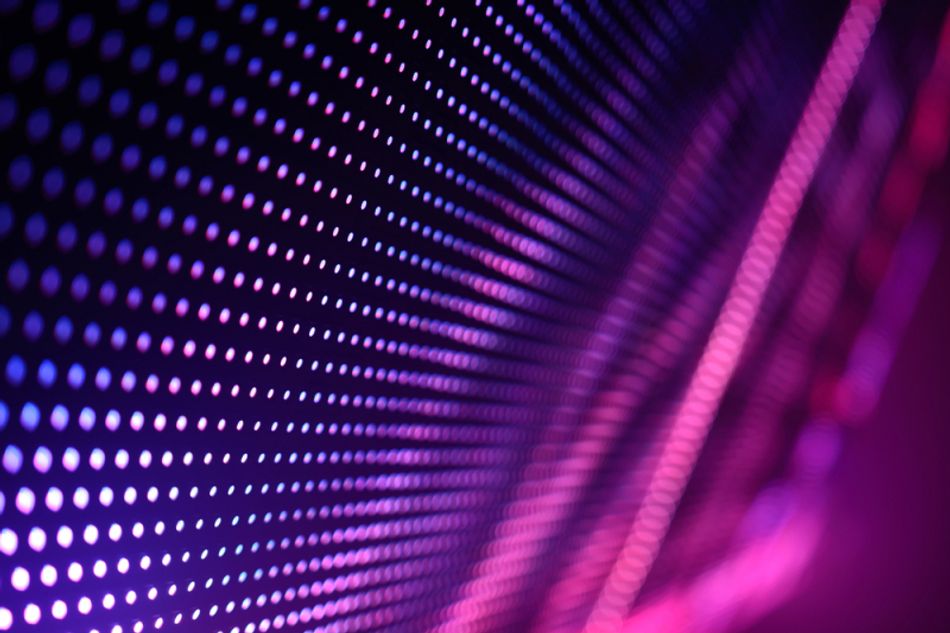 “The devices have been created, and their properties have been tested,” concludes Aleksandr Litvin. “In the case of perovskite-based solar cells, we managed to obtain an increase in efficiency from 17.3% to 19.5%, that is, by almost 13%. In the case of light-emitting diodes, depending on the material of the emission layer, the external quantum efficiency (the ratio of the number of photons emitted by an LED to the number of electrons injected into it) increased by 2.1 – 2.7 times.”