Meditation and high-tech are two seemingly incompatible things. Nevertheless, smartphone apps and computer algorithms have secured such a position in our lives. They are the first instruments that people use when they  want to take up yoga or meditation.

“During the COVID-19 situation, interest in meditation has grown considerably,” says Alexey Kashevnik, senior researcher at St. Petersburg Federal Research Center of the Russian Academy of Sciences and an associate professor at Information Technologies and Programming Faculty of ITMO University. “We’ve taken a look at the statistical data: the number of queries in Yandex for various meditation apps has grown a lot in the period between February and April. The population is becoming interested in practices that offer a way for the brain to relax from our routine, stress, and running around.”

“We’ve got a lot of experience in video analysis and the use of neural networks for the purposes of understanding what’s going on with a human being,” explains Alexey Kashevnik. “we already have a project on analysing a driver’s state that aims to contribute to traffic safety. What remains to be done is learn to apply these technologies to meditation, as it’s understood that meditation is a deep inner process that is perceived in full only by the person themselves. It was necessary to study whether there exist any external  manifestations of the meditation process that can be registered by analysing a video stream”. 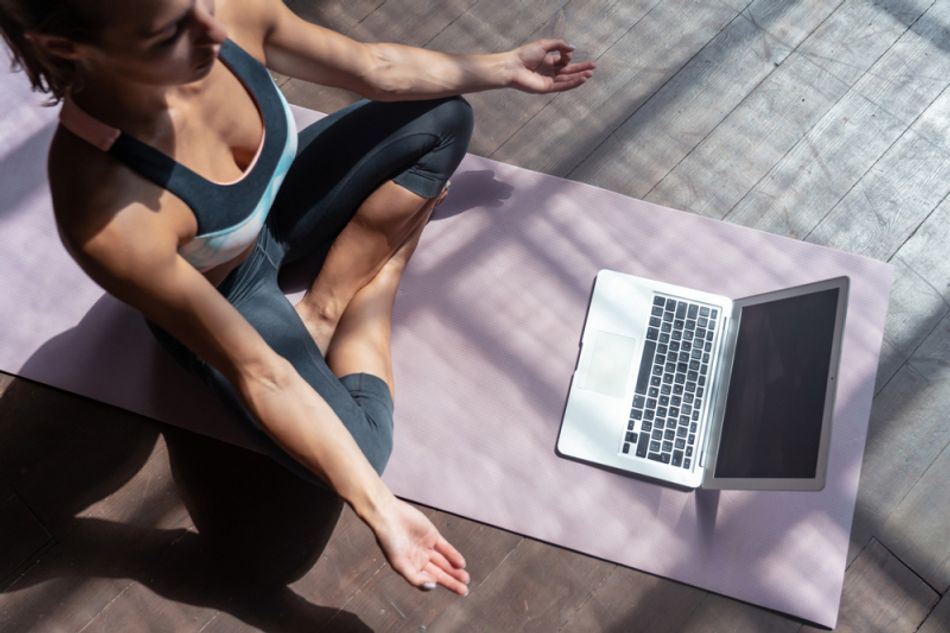 To begin with, the scientists gathered data: they tried to study how a person’s external activity, i.e. breathing, movements, pose are connected with their inner state. For consultations, they involved yoga and meditation coaches.

“At the moment, we have a small dataset, so we can’t say that we’ve completely succeeded in solving this task,” notes Alexey. “we’ve analysed about 50 videos of 20 people. Nevertheless, the initial data states that there’s a distinct correlation between specific behavior patterns and the successfulness of practice for beginners in meditation. These patterns can be seen by a neural network: a hunch back, leaning the body to a side, uneven breathing, body movements”.

At first, this was being done in a semi-automatic mode, i.e. the scientists watched the videos of meditations and created graphs of body part movements, identified the poses in which people seat and gave every indication a specific number of positive and negative points that were used by the neural network for assessing the efficiency of a session. Now, the scientists succeeded in automating the process, which became the focus of the article.

“It is understood that a neural network will never give an answer on whether a person meditates well or badly,” says Alexey Kashevnik. “Then again, a neural network can give information about the progress that a person has made in several months of training. When we begin doing some exercises, try them out but don’t get any feedback, this can make us lose interest”.

For now, the scientists launched an online resource where you can upload a video of your session in order to get an assessment of its efficiency performed by a set of neural networks. In the future, they plan to unite their operation in a common smartphone application.

Apart from practical results, the research also involves a theoretical aspect. In their article’s conclusion, the authors state that they’ve succeeded in confirming their initial hypothesis about a human’s inner psycho-emotional state having external manifestations as specific behavior patterns.

“Modern AI methods make it possible to solve the problem of classifying human behavior based on analysing physical signs conducted using images made with a smartphone camera, and make conclusions about a person’s inner state,” note the scientists in their article.

Tailored optical stimulation for the blind

EPFL scientists in a European collaboration propose a personalized protocol for optimizing stimulation of optic nerve fibers, for the blind, which takes into account feedback from the viewer’s brain.