When we need to borrow a charger for our device, we often face the fact that different manufacturers produce different charger connectors. Wireless charging isn’t a solution either: companies use different power transfer systems that work at different frequencies.

“There are various wireless power transfer standards with different frequencies, so you can’t just use a charger by any manufacturer,” says Polina Kapitanova, a researcher at the Department of Physics and Engineering. “For example, Huawei uses one wireless power transfer frequency for mobile phones and another – for smart glasses, so you can’t charge these devices with the same charger.”

Many researchers are working on wireless charging surfaces suitable for several devices. One of the research teams engaged in this problem is based at ITMO University’s Faculty of Physics and Engineering.

ITMO University scientists managed to create a concept for a system that will be able to transfer power at several frequencies both simultaneously and sequentially, depending on the user’s preference. 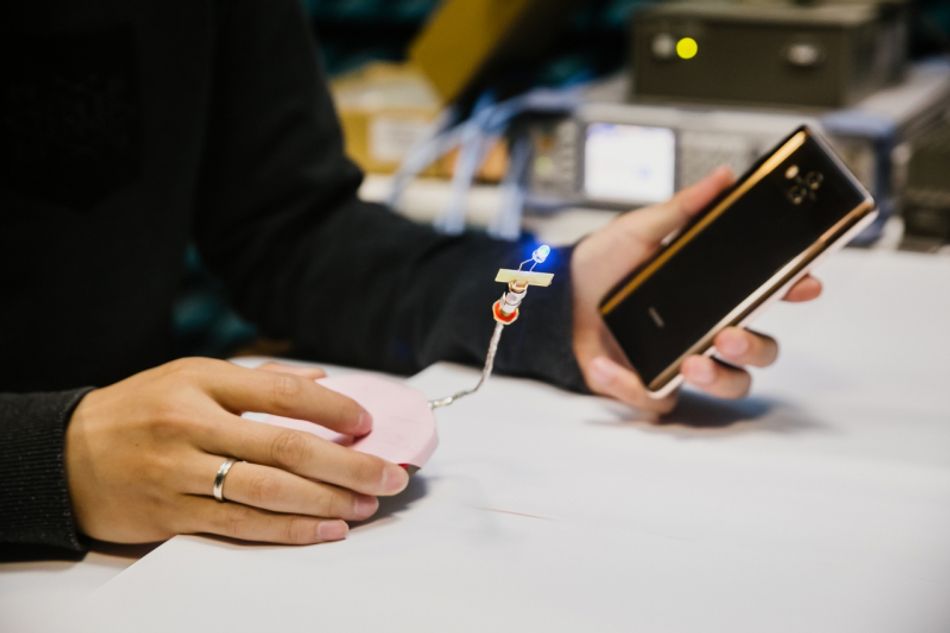 “What we propose is a brand-new metasurface that can be used as a transmitter in the wireless power transfer system that would allow users to charge several devices at once,” says Polina Kapitanova. “This surface can be used at one frequency or at several.”

ITMO University scientists use a magnetic resonant method for wireless power transfer. A device gets charged because both the receiver and the charger are tuned into the same resonant frequency and they begin to interact once they are close to each other. At the same time, objects with another resonant frequency won’t be affected by this electromagnetic field.

The designed metasurface is made out of conductors arranged in a special way. They are connected to capacitors that tune into the necessary frequency. Such a system can spread on quite a large area, so that it can be used as a table or a nightstand functioning as a big charger. 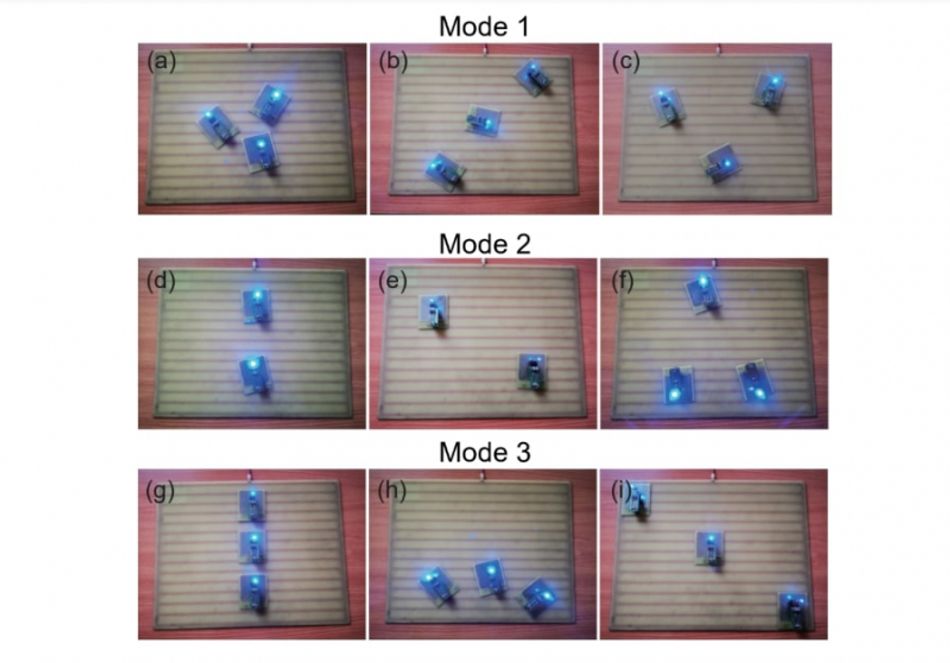 An illustration from the article. Credit: Applied Physics Letters

“As it turned out, this structure has unique properties, including reverse frequency dispersion that can be efficiently applied in wireless power transfer,” explains Polina Kapitanova. “This structure has several modes (resonant frequencies) that have a uniform magnetic field. It allows us to transfer energy wirelessly. At the same time, the electric field is hidden in the edges of the structure, at the capacitors, and it’s safer for users that way.”

This concept is a part of a promising smart table project by scientists from ITMO University’s Faculty of Physics and Engineering. They created a prototype of the metasurface and studied its properties with different frequencies.

“In this paper, we present a demo version: we place several receiving resonators loaded on light-emitting diodes with different working frequencies on the metasurface,” says Mingzhao Song, a researcher at the Faculty of Physics and Engineering. “The diodes light up regardless of the position and orientation of receivers, which means that energy gets transferred.” 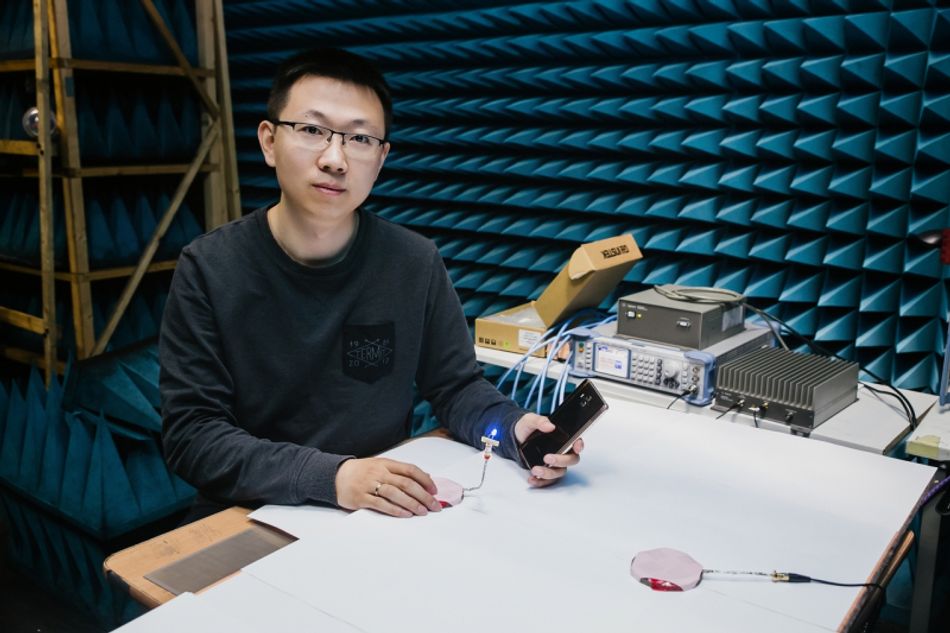 Now the scientists need to evaluate the level of decrease in the electric field in order to make the charger safer and faster.

“At this point we don’t consider this project to be used for quick charging. It’s more like a table or a pad that will allow devices to stay charged when they lie untouched. For example, you come to a restaurant, have lunch, leave your phone on the table and it gets charged,” says Mingzhao Song.