Individually, ants have only so much strength and intelligence. However, as a colony, they can use complex strategies to complete sophisticated tasks and evade larger predators.

At EPFL, robotics researchers in Professor Jamie Paik’s Laboratory have reproduced this phenomenon, developing tiny robots that display minimal physical intelligence on an individual level but that are able to communicate and act collectively. Despite being simple in design and weighing only 10 grams, each robot has multiple locomotion modes to navigate any type of surface. Collectively, they can quickly detect and overcome obstacles and move objects much larger and heavier than themselves.

These three-legged, T-shaped origami robots are called Tribots. They can be assembled in only a few minutes by folding a stack of thin, multi-material sheets, making them suitable for mass production. Completely autonomous and untethered, Tribots are equipped with infrared and proximity sensors for detection and communication purposes. They could accommodate even more sensors depending on the application.

“Their movements are modeled on those of Odontomachus ants. These insects normally crawl, but to escape a predator, they snap their powerful jaws together to jump from leaf to leaf,” says Zhenishbek Zhakypov, the first author. The Tribots replicate this catapult mechanism through an elegant origami design that combines multiple shape-memory alloy actuators. As a result, a single robot can produce five distinct locomotion gaits: vertical jumping, horizontal jumping, somersaulting to clear obstacles, walking on textured terrain and crawling on flat surfaces – just like these creatively resilient ants. 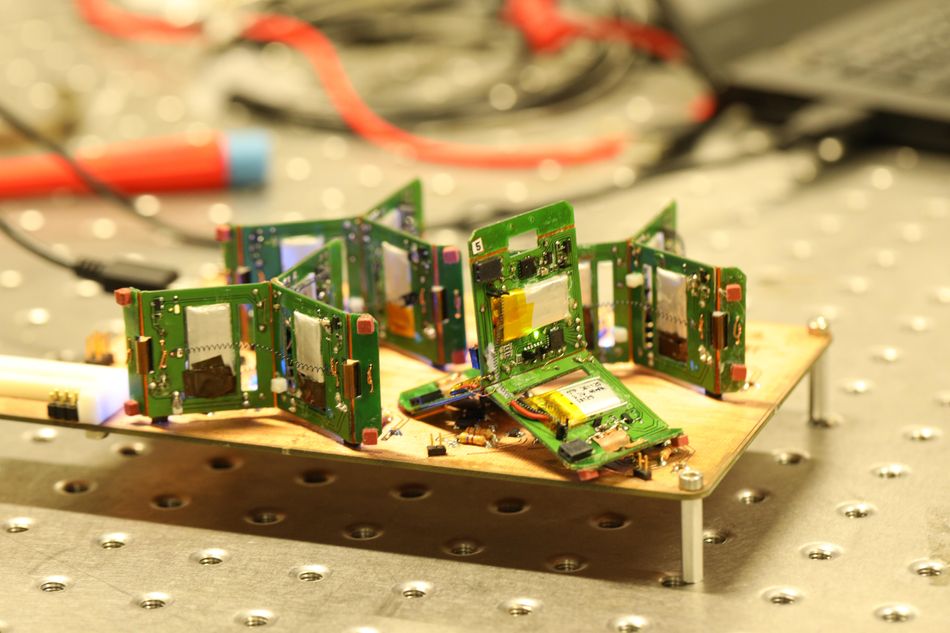 Despite having the same anatomy, each robot is assigned a specific role depending on the situation. ‘Explorers’ detect physical obstacles in their path, such as objects, valleys and mountains. After detecting an obstacle, they inform the rest of the group. Then, the ‘leader’ gives the instructions. The ‘workers,’ meanwhile, pool their strength to move objects. “Each Tribot, just like Odontomachus ants, can have different roles. However, they can also take on new roles instantaneously when faced with a new mission or an unknown environment, or even when other members get lost. This goes beyond what the real ants can do,” says Paik. 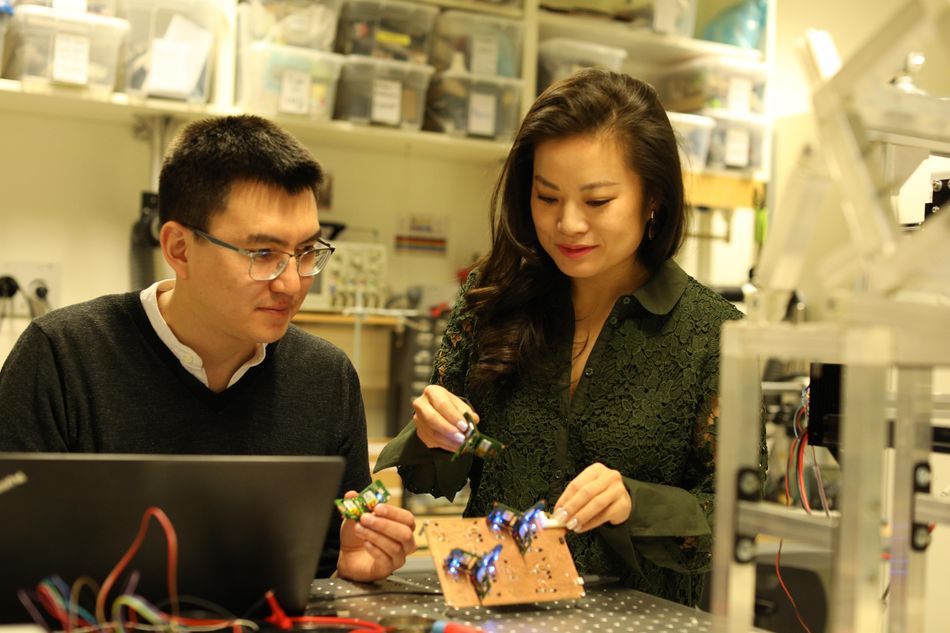 In practical situations, such as an emergency search mission, Tribots could be deployed en masse. And thanks to their multi-locomotive and multi-agent communication capabilities, they could locate a target quickly over a large surface without relying on GPS or visual feedback. “Since they can be manufactured and deployed in large numbers, having some ‘casualties’ would not affect the success of the mission,” adds Paik.““With their unique collective intelligence, our tiny robots can demonstrate better adaptability to unknown environments; therefore, for certain missions, they would outperform larger, more powerful robots.” 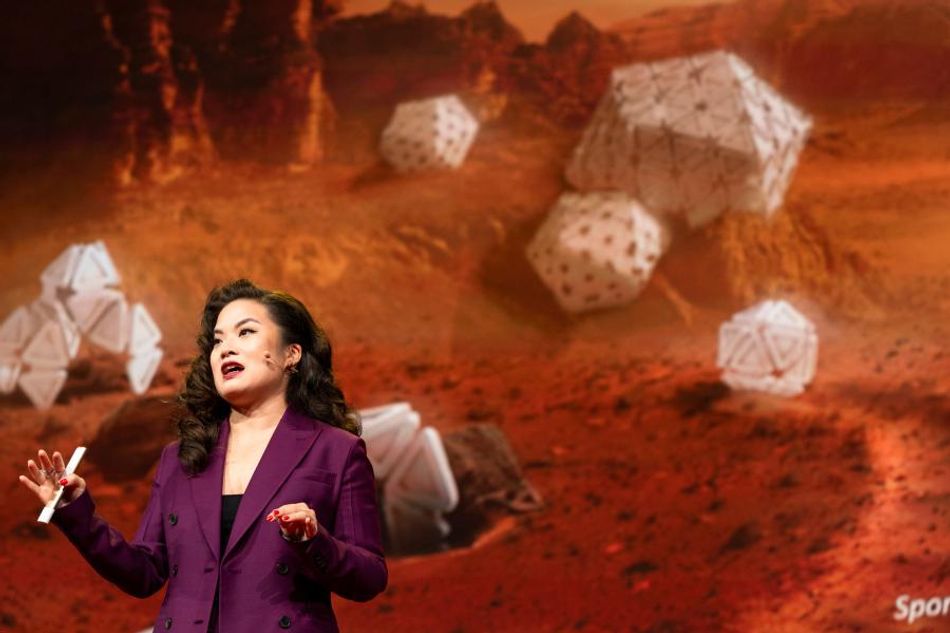 In April, Jamie Paik has presented her reconfigurable robots at the TED2019 conference in Vancouver.(Photo: Bret Hartman / TED)

The lessons learned from building 1024 robots with Michael Rubenstein

Michael Rubenstein describes how he has taken his robotics research from theory into practice by building cheap and small robots, 1024 of them to be exact.