Almost all of us store data on cloud services and use social networks. Some know that servers hosting that data occupy whole buildings and require significant resources to maintain. The world’s best researchers are at work trying to make data hosting more affordable, secure and user-friendly, but no revolutionizing changes have happened so far. Recently, Alexandra Kalashnikova, a physicist at the Ioffe Institute and ITMO University, along with colleagues from Radboud University Nijmegen (the Netherlands) and the Prokhorov General Physics Institute of the Russian Academy of Sciences have published a paper in Physics Reports. In the article, researchers explain why the industry hasn’t yet begun recording data on HDDs with lasers, or dropped disk drives altogether. Alexandra told ITMO.NEWS more about the paper.

Almost every action we perform using a computer or a smartphone leaves a digital footprint. Our Instagram selfies, our tweets and Google Drive drafts, and even the article you’re reading right this second – these are all bits of information kept on a server somewhere. To record every bit we need energy: part of it is spent on rerecording itself, part of it is wasted as heat and another part is needed to cool down the servers – to fight all that heat. Electricity costs are so high that major online corporations build data centers in the north so as not to spend precious megawatts on cooling. Nevertheless, experts forecast that by 2025 one-fifth of all energy produced in the world will be used for data storage and processing.

HDDs (hard disk drives) remain the most widespread way to store large amounts of data. In portable devices they often compete with SSDs (solid-state drives), but the majority of PCs and data centers still run on good old HDDs. This cheap and compact technology is not likely to be driven off the big data storage market any time soon.

“On HDDs, our information is stored using a thin platter of magnetic material,” says Alexandra Kalashnikova, an associate professor at ITMO’s Faculty of Physics and Engineering. “Magnetization in this material, or its north and south poles, can be differently oriented. Thus, the data recorded onto the disk is a set of nanometer areas where south and north swap places. How do we change the direction of magnetization in such a material? We need to place a magnet close to it – and that’s what happens in a standard disk. The read-and-write head, basically a tiny solenoid, approaches an area of the disk. We run an electric current through it and the resulting magnetic field changes the placement of north and south poles, thus recording one bit of information.” 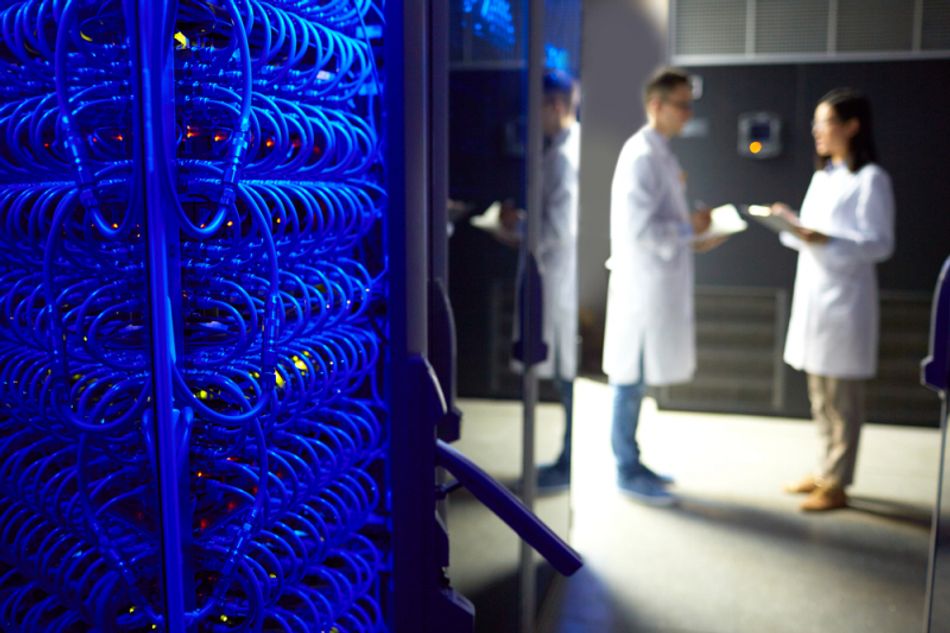 That’s where the issue of energy conservation comes in: the electric current in the solenoid doesn’t only create a magnetic field – it also heats up the coil of the electromagnet, requiring even more energy to be spent on cooling. It doesn’t come as a surprise, then, that for the last 20 years researchers and engineers have been searching for a substitute to the solenoids used in HDDs.

Laser with a magnet… or instead of it?

Today, one of the possible candidates to take the place of the magnet in HDDs is a short laser pulse. The idea of using laser radiation to record data has a long history. Think CDs and DVDs, where optical radiation was used to “brand” the data on the disk. A long-standing issue, however, was the likelihood of using a focused flow of radiation to record information onto magnetic media.

“In 1996, Physical Review Letters published an article that, though it didn’t change the whole world, transformed the physics of magnetism,” continues Alexandra. “The researchers demonstrated that if you take a thin ferromagnetic nickel film and subject it to a femtosecond laser pulse, you can quickly demagnetize it without any harm to the film itself. After that the magnetization can be restored relatively quickly. For 11 years after this discovery there were heated discussions on whether a laser pulse can be used not only to destroy magnetization but to reverse it, which is what we need to record information. Some argued it was impossible – we don’t have enough energy. It was only in 2007 that my colleagues from Radboud University demonstrated that if you take the right material, which is a ferrum, cobalt and gadolinium alloy, and then choose a pulse of a certain strength, you can reverse the magnetization without a magnetic field – it was the start of a new era!”

However, physicists still debate as to how exactly this works – there are now at least six different theories to explain this optical switch of magnetization. What is clear, though, is that one pulse under certain conditions turns the south of a magnet into the north, and another pulse puts them back into place. Now, researchers and engineers have to achieve this effect at the nanoscale so that we can work with high density of information stored on HDDs.

“There are a number of different problems. For instance, it’s a well-known fact that it is hard to focus light on a very small area,” explains Alexandra Kalashnikova. “A beam can be focused on a dot the size of a wavelength, which is around 500 nm. It is extremely small for our eyes, but it is a lot for an HDD, where one bit of information is stored on around 10 nm. Thankfully, photonics and plasmonics help us overcome this issue. We can focus the light on small areas. Moreover, right now it is already done in technologies like HAMR.” 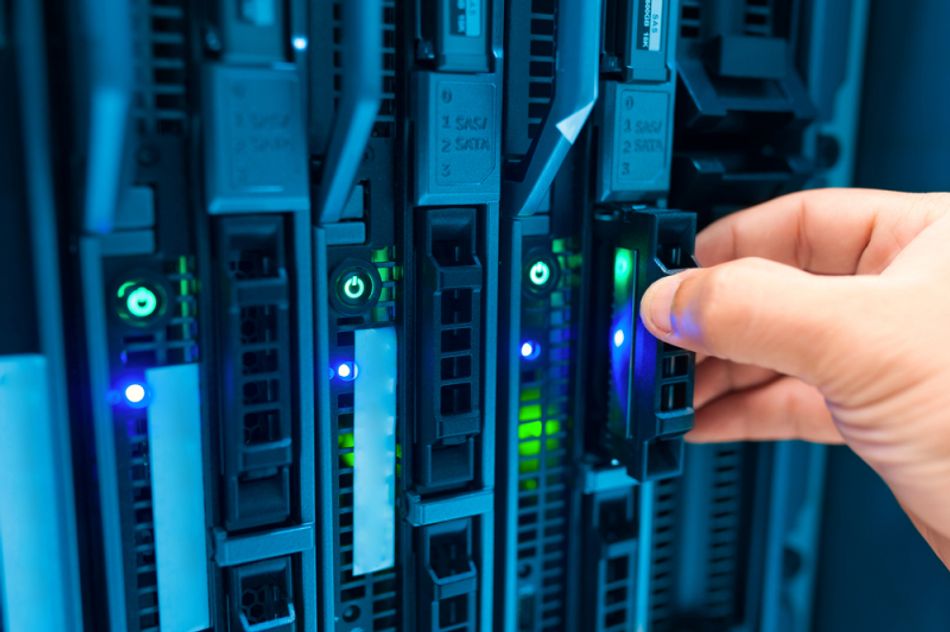 With HAMR, or heat-assisted magnetic recording, information is recorded with both a magnetic field and a laser pulse. This provides for a more consistent recording. The point is that we want to make the area storing one bit of data as small as possible so that we can store as much information as possible on a single device. But the smaller the area, the higher the possibility of a drop in temperature that would result in reversing the magnetization, leading to data corruption. We can avoid that by choosing a highly stable material, but this quality makes it hard for us to record information onto it – we would need to heat up the disk first, and that’s where lasers come in handy.

“This technology uses nanoplasmonic antennae to focus light,” expounds Alexandra. “These are metal nanoparticles lit up by a laser. Laser radiation excites electrons inside these particles, making them vibrate at the frequency of light thus reradiating the pulse in nanoscale. As a result, the laser beam is still rather wide, but in this reradiation area its intensity will be much higher. This effect could be used to reverse magnetization in fully optical recording of information onto magnetic disks.” 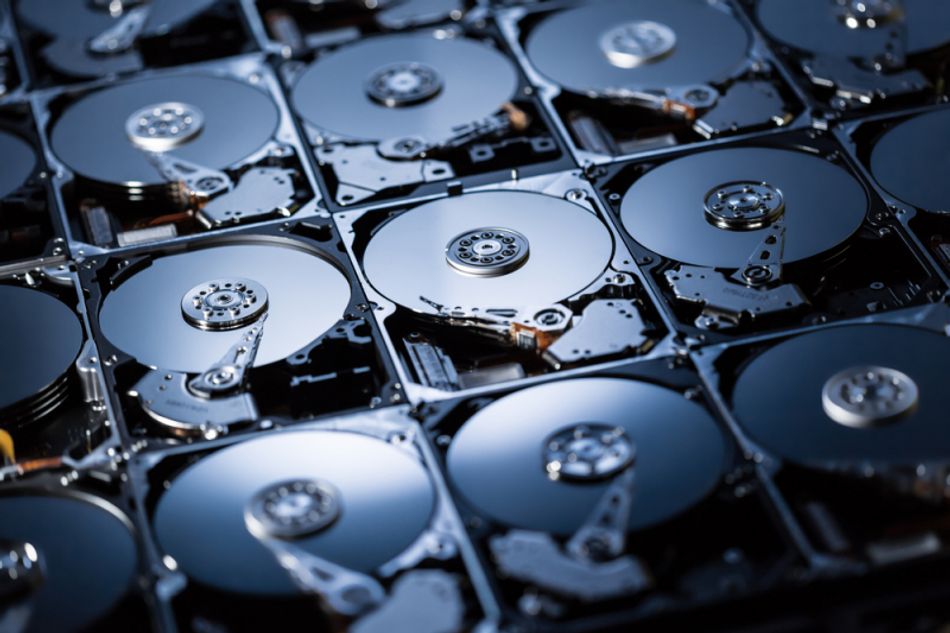 Ferroelectrics instead of ferromagnets

The published review, however, does not only cover optical recording of information onto magnetic materials. It focuses on a broader issue of optical switching of states in ferroics. Ferroics are materials with spontaneous normalization – magnetization in the case of magnetic materials. But there are other types of ferroics. Can they, too, be applied?

One other prospective branch in the field of data recording and storage is a partial or complete transition from magnetic media. For instance, one possible class of ferroic materials to be used instead are ferroelectrics. Just like ferromagnets are magnetized, these materials are polarized without any external influence. That is, if we use a voltmeter on this material, it will tell us its voltage.

“Scientists have long been considering this transition from magnetic materials to ferroelectrics,” comments Alexandra. “On a macroscale, these two materials are very similar – they have a structure, be it magnetic or electric, and they have areas with different states of magnetization or polarization. Thus, it could be possible to record information in differently polarized nanoscale areas. Here, however, there are a number of problems. For example, numerous polarization switches create a high voltage that can destroy the material.” 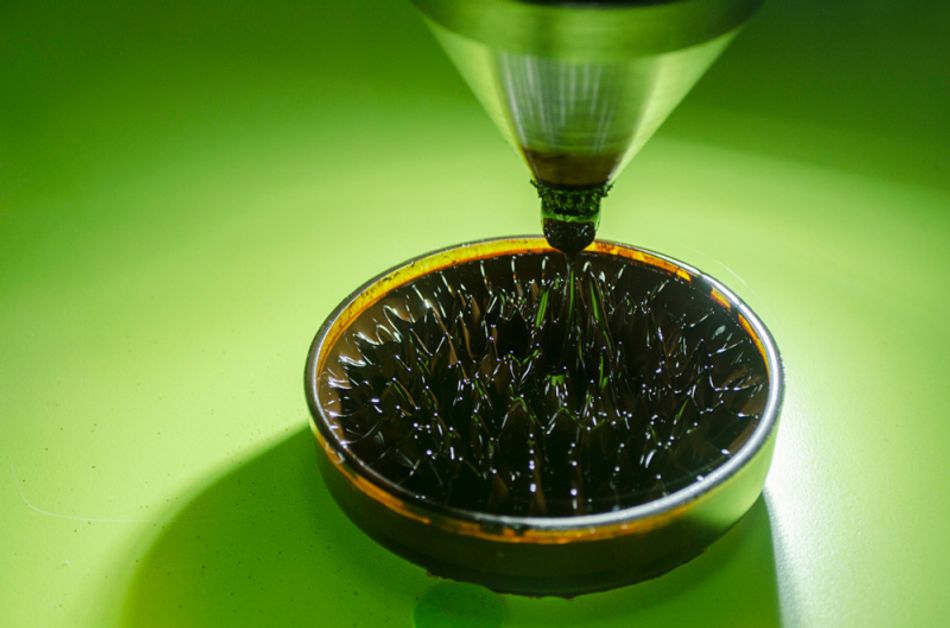 If a femtosecond laser can reverse magnetization, it must have a capacity to reverse polarization as well. However, for a long time this proposition didn’t have any experimental proof. And only in 2017 did researchers manage to switch a ferroelectric with a laser, but this switched state only existed a very short amount of time.

“Ferroelectrics appear to be hard to switch with a laser pulse,” continues Alexandra. “But there are also multiferroics, materials with both spontaneous polarization and magnetic structure. The problem is that they only demonstrate these qualities at extremely low temperatures. We can solve this issue by synthesizing a multiferroic that has nanolayers of ferroelectrics and ferromagnetics. Then we’ll be able to switch the magnetization that will then switch the polarization. As of yet, that has not been possible, and we have to understand why.” 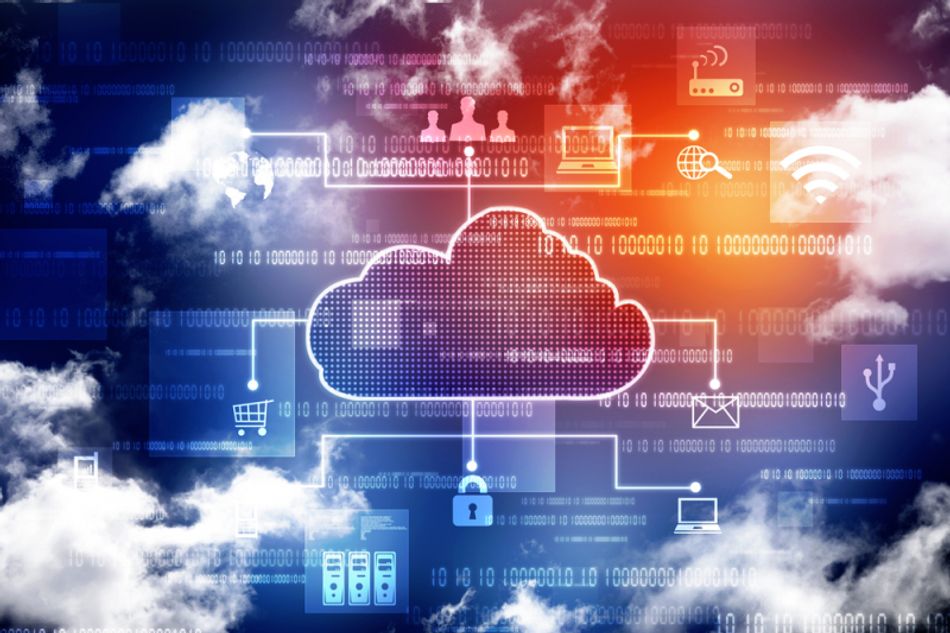 Thus, researchers and engineers have a wide choice of fields to work in. Almost all of them seem to be potentially profitable, although none of them has been able to yield a technological revolution.

“That is the range of problems we tried to cover, to pinpoint where we are now and where we can go from here. We wanted to demonstrate what kind of knowledge about ultrashort laser pulses and magnetic materials can and cannot be applied to ferroelectrics. Despite over 20 years of research since the first laser-induced demagnetization was demonstrated, the fundamentals of this process still have not been described and understood, not to mention the results of more recent works on ultrafast switches in ferroelectrics under the effect of femtosecond laser pulses,” summarizes Alexandra.

Conventional computers store information in a bit, a fundamental unit of logic that can take a value of 0 or 1.

Metals that court chaos could be the future of computing.