Creating functional nanoscale light-adjusting materials is one of the key issues in contemporary photonics. These technologies are to be later applied in optical transistor production, which can revolutionize portable electronics by significantly cutting their energy consumption and accelerating data exchange. In order to create fully functioning samples of such devices, however, researchers have to first solve a number of theoretical and practical issues, including the development of an inexpensive and reliable technology for nanophotonic particle production.

An international research group of scientists from Russia (including ITMO specialists), France and the Netherlands has conducted a series of experiments in which they created smart materials for nanophotonics formed from metal-organic frameworks, “soft” molecular crystals based on organic and inorganic building blocks. Thanks to such complex composition, these compounds have a high hierarchical structure employing a great variety of chemical bonds which can be manipulated with different external factors such as pressure, temperature and light. It opens an opportunity to use these frameworks to create new, complex and thus unique functional materials.

The researchers chose to focus on soft interpenetrated metal-organic frameworks and applied light radiation to produce the new materials. This method had been used before only for melting non-organic materials for fundamental research purposes. 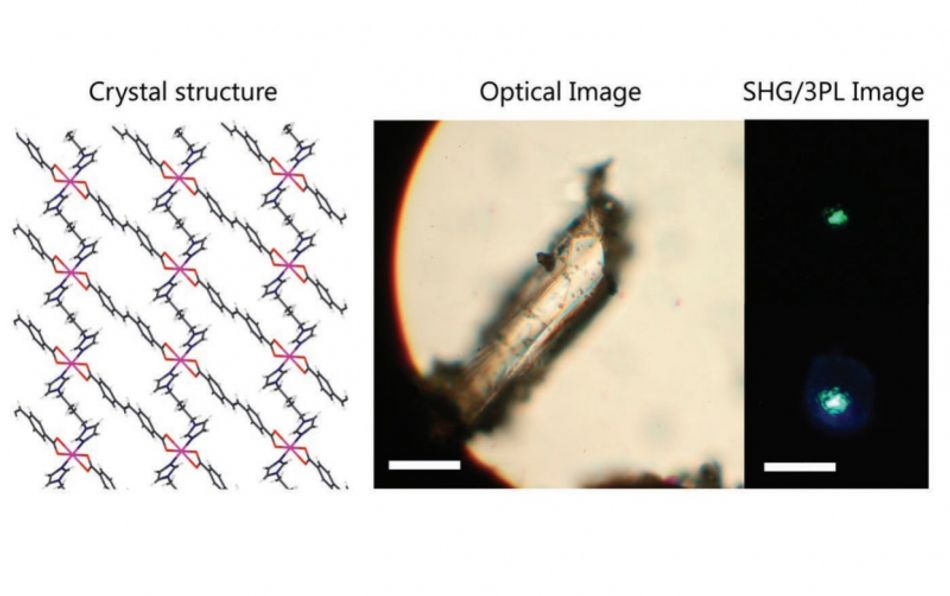 In their research, the scientists used femtosecond laser impulses on soft metal-organic frameworks. Contrary to their expectations, they noticed that light allowed them to not only modify these frameworks, but also, when the IR radiation reached a certain intensity level causing the framework to melt, create new nanoparticles with an entire spectrum of optical qualities. In this case, it took billionths of a second to melt the material, before the usual heat was able to break the framework.

“We observed the frameworks as we increased the radiation: at first, we discovered nonlinear optical processes, then we noticed the immediate melting of the framework accompanied by an explosion and creation of nanoparticles with a new internal structure and new properties. It all happens really quickly, over femtoseconds, and this time is enough to create something unique, unfindable in nature,” says Nikita Kulachenkov, junior research associate at ITMO University’s Faculty of Physics and Engineering.

The nanoparticles were then analyzed by an international consortium of researchers from the Netherlands and France within the framework of the international projects of the Federal Target Program and the Russian Science Foundation.

“The particles demonstrated two nonlinear optical effects simultaneously. First, they converted incident coherent radiation frequencies. In other words, when an IR spectrum ray with a 1000nm wavelength shines on these particles, the resulting radiation has a 500nm wavelength, which corresponds to the yellow-green range of the visible spectrum. The second effect is luminescence, meaning that one wave is converted into a wide spectrum. We also observed the phenomenon of scattered wavelengths selection occurring when white light is dispersed in such structures, which leads to coloring of the nanoparticles visible via a microscope,” he continues.

Why the project is important

The group of researchers not only created nanoparticles with these qualities using a femtosecond laser, but also described all the necessary conditions for streamlined synthesis of new complex nanostructures from metal-organic frameworks.

“In the course of the experiment, we discovered that not all of the metal-organic frameworks are suitable for nanostructures creation,” explains Valentin Milichko, the head of the project and one of the heads of the French-Russian laboratory at ITMO. “The two key factors are molecular masses of separate building blocks (the higher, the better) and delocalization of valence electrons in the whole structure. The acquired nanostructures are biocompatible and potentially biodegradable. It makes them applicable in various environmental technologies, for instance, in green energy.” 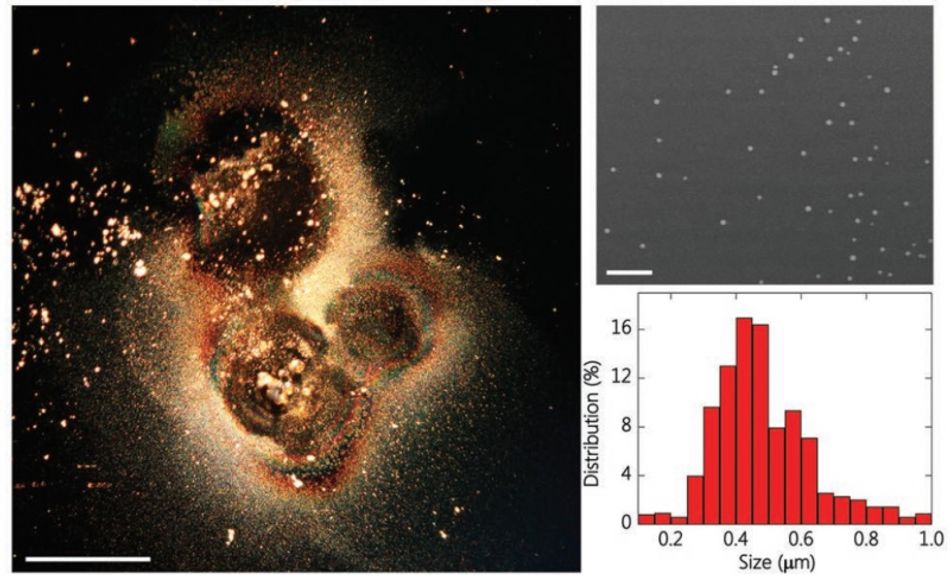 Thanks to their qualities and components, these nanostructures can be used to produce active optical elements for nanophotonics. The particles can refract light, increase it over specific wavelengths and change its frequency. Thus, they are capable of almost any light-adjustment task.

“Nanostructures obtained from metal-organic frameworks are usually employed for catalysis and in lithium-ion batteries. Their production is extremely complicated and expensive. We propose a brand-new, quick, easy and relatively cheap production method using a generic industrial laser with the resulting structures that could be used in optics,” adds Valentin Milichko.