A robotic lab assistant. Photo courtesy of the researchers

ITMO University experts are creating technological assistants for chemical laboratories that will be able to take over all routine work with no human involvement needed. Right now, the first prototypes are already performing the simplest manipulations. In the future, robotic chemists will be able to run their own research for accumulating large amounts of data and performing primary analysis.

It takes a long time to conduct chemical experiments and analyze their results. Any researcher can mix reagents, but for some experiments these tasks have to be performed hundreds of times with all proportions kept exactly the same.

Moreover, mixing chemicals and noting the results requires a great effort. All of those processes are similar in the fact that they require repetitions of mostly the same actions with slight differences in variables.

ITMO University researchers have made the decision to delegate some of these processes to an autonomous chemical platform that can transport samples, determine the proportion of chemicals, record the resulting reactions, analyze them, and predict the potential outcome. 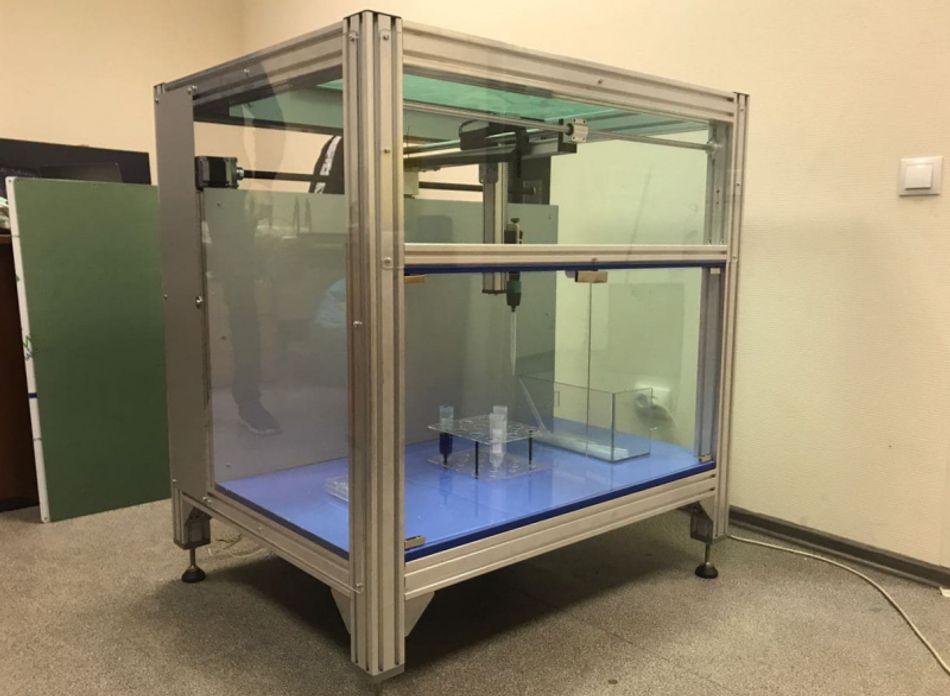 The station for the robotic chemists. Photo courtesy of the researchers

The main difference of the platform from other existing technologies is the use of a neural network that will learn as it works with chemicals. The first working prototype with the necessary software is currently in development.

Another robot will be responsible for creating mixtures and solutions. This manipulator can work at a lab and mix chemicals on its own. It will know when the processes are finished and stop its manipulations accordingly. This digital lab assistant is now only learning the simplest actions but it can already move test tubes and take off lids.

“We are striving to create an autonomous lab, where routine experiments will be conducted by robots and not actual researchers. Our task is to teach these robots to conduct many chemical experiments that require preparing dozens of mixtures and solutions and then simply rotating them between various lab equipment. One unique feature of our design is that the manipulators come out of a 3D printer, which significantly cuts down on expenses for creating such an autonomous lab. That’s why many small and middle-sized labs would be able to afford this equipment,” explains Artemii Zenkin, an engineer at ITMO.

“We can’t wait to welcome laborant-robots at the Infochemistry Scientific Center. One of the topical tasks is studying solubility in complex systems, where molecules assemble into supramolecular structures. In such tests we can vary a wide array of parameters such as the proportion of components, the ionic force, the pH, etc. And robots will be able to get the necessary data. This can potentially help with creating a theory that will be a serious step forward for the fundamental science in the study of live matter organization and will even shed light on the mechanism of the creation of life. In terms of practice, it will lead us to new pharmaceutical treatments and chemical sensors,” comments Ekaterina Skorb, head of ITMO’s Infochemistry Scientific Center.