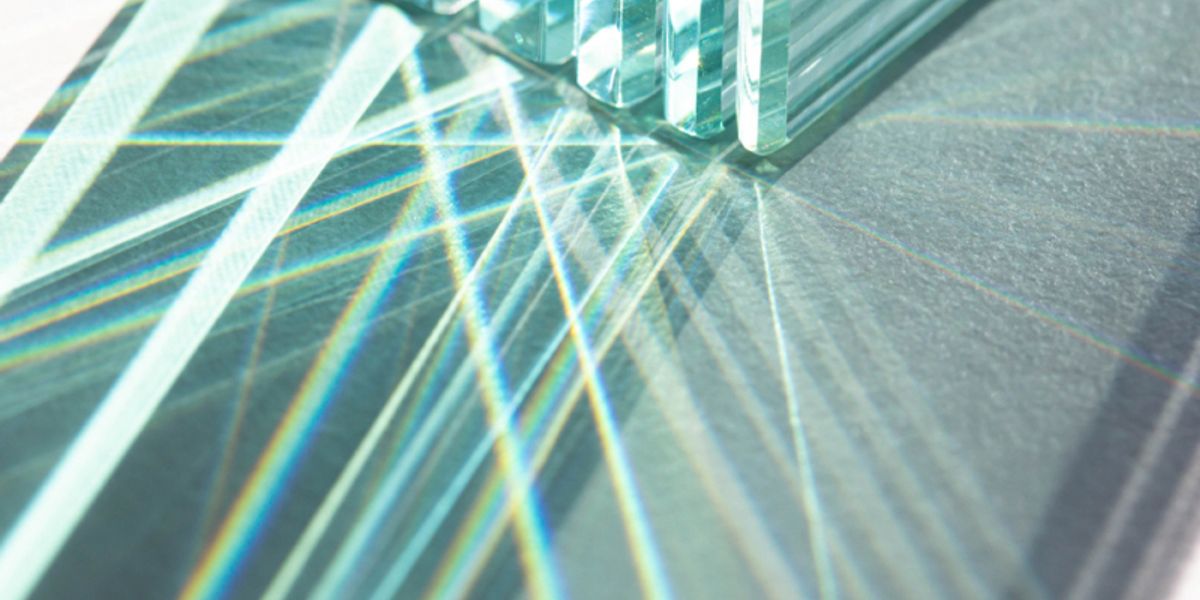 This will potentially allow them to create more compact and efficient elements for lasers, sensors, and optical chips. Moreover, it proves the hypothesis that ITMO physicists had about the connection between a material’s refractive index and its electronic features.

What comes to your mind at the words “light refraction”? Many of us think of that picture from our school physics textbooks, in which light enters the sea surface with one angle and goes through it with a completely different one. Another popular way to demonstrate refraction is by placing a spoon inside a transparent glass filled with water – and see the spoon “break” at the interface of two media.

Any substance, be that water, air, glass, or a mineral, has a refractive coefficient. It tells us how much slower a wave travels in them compared to its velocity in vacuum. So when the coefficient equals 2, it means that the wave’s velocity in such a material is two times slower. The catch is that it’s not just the material that determines the coefficient but also the wavelength. High-frequency X-rays pass through any material like through vacuum. In certain materials, microwave and radio frequencies have their velocity cut down by 100 or even 500 times compared to vacuum.

“It is thanks to this effect that we can manufacture dielectric microwave and radio antennas,” explains Ivan Iorsh, head of ITMO University’s International Laboratory of Photoprocesses in Mesoscopic Systems. “If a wave has slow velocity in a material,  we can use this material to produce resonators that can “catch” the wave – and this is widely used in microwave devices.” 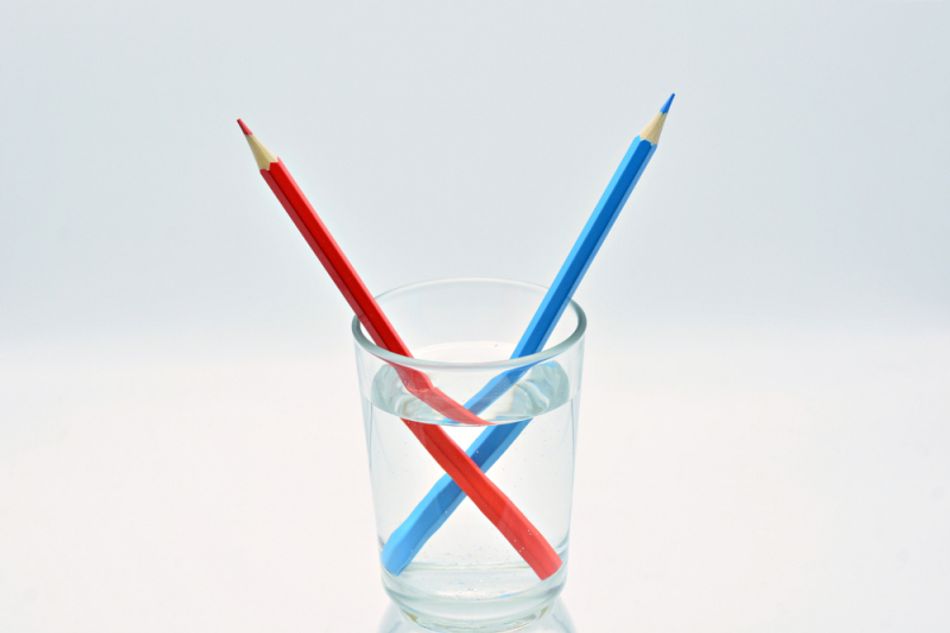 Lasers, sensors, lidars, and other optical devices are becoming more and more popular. In the future, researchers and engineers expect to create optical chips and computers that will process information transmitted by movement of photons as opposed to electrons used today. To achieve this, they would need light sources, waveguides, and optical antennas as compact as possible. And here they face a difficulty.

“There are not so many materials with high refractive coefficients for frequencies of the visible spectrum,” explains Ivan Iorsh. “Silicon has one of the highest coefficients in this spectrum – 4. For reference, water has about 3/2. There are no known materials with coefficients of 10, not to mention those of 100. And it’s still not completely clear why. We only know that at high radiation frequencies, such as those of X-rays, the coefficient tends to one, while at low frequencies it can amount to extremely large numbers. But what are the limitations of the optical band? Is it even possible to create a material with the coefficient of the visible light that equals 10 or, say, 200? We don’t know the answers to these questions.”

Most interestingly, notes Ivan Iorsh, researchers don’t even know where to look for such materials. There are no clear or recognized criteria to help us predict the refractive coefficient for a substance before a physical experiment or rather complex calculational modelling. But will be altogether too long, expensive, and counterproductive to test or model every known material’s coefficient in search of the required optical properties. That was why a group of ITMO University researchers tried to find a measure that would mark the materials optics specialists need to analyse more.

“We tried to see if we could introduce a criteria that would be easily acquired from the data on a material’s electronic properties, and would at the same time enable us to predict the material’s refractive coefficient,” expounds Ivan Iorsh. “Why electronic properties? They have been studied for a long time with huge publicly accessed databases that already have these data for a large number of materials.”

The researchers decided to focus on semiconductors from the start. The case is that metals can potentially have very high refractive coefficients but they heat up, when subjected to a powerful light source. It leads to energy losses, and the risk of overheating, which is crucial for production of devices such as optical antennas.

After extensive mathematical calculations, the researchers were able to identify a parameter that could point at how quick the light would pass through a semiconductor. This parameter depends on the band gap and the effective mass of an electron. 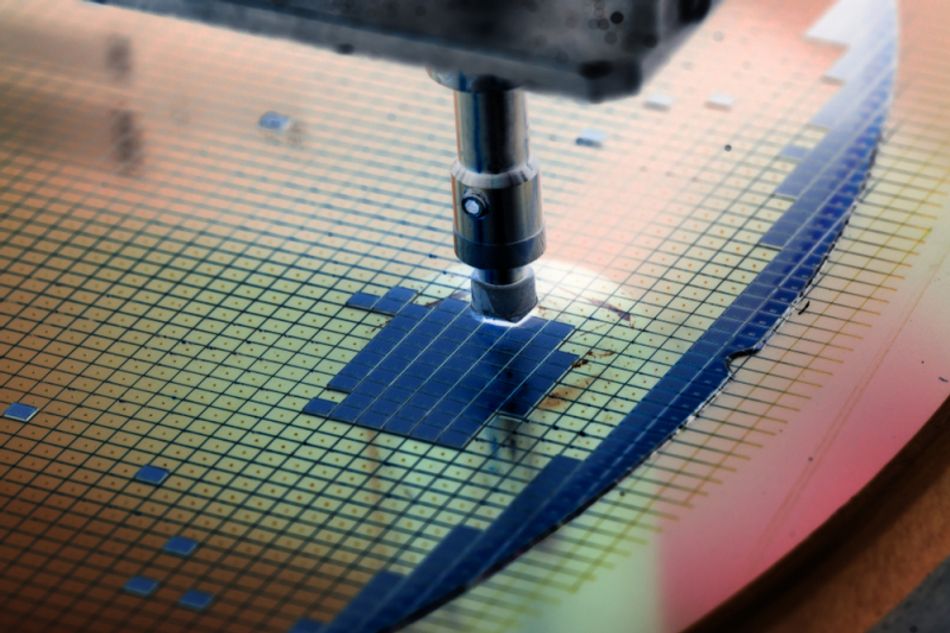 “Semiconductors have a band gap,” says Ivan Iorsh. “The band gap is an energy range which electrons can’t have in a certain material. If a photon’s energy is less than the band gap, then the light can spread in the material, and if the energy is more – then the light will be absorbed. In optics, the band gap determines the maximum wavelength at which a material stays transparent. This parameter is known for many materials and is actively used. The second parameter is the electron’s effective mass. When interacting with other particles in a material, electrons would act like particles with a different mass to the one they originally have. And this new mass is known as effective mass. As it turns out, our new parameter depends on both the band gap and the effective mass.”

The theoretical model demonstrated that the more the ratio is between these two parameters, the higher the refractive coefficient should be. First, the researchers tested their hypothesis on known materials such as silicon. Then they turned to materials that were not studied for their refractive properties.

“We have found a rather rare but at the same time accessible material that can be purchased online,” remembers Ivan Iorsh. “It’s rhenium diselenide (ReSe2). Our parameter turned out to be very high in this material, so we decided to conduct the full computation. As a result, we proved that yes, this material has a refractive coefficient of 6.5-7 in the visible and infrared range, which is significantly higher than that of silicon.” 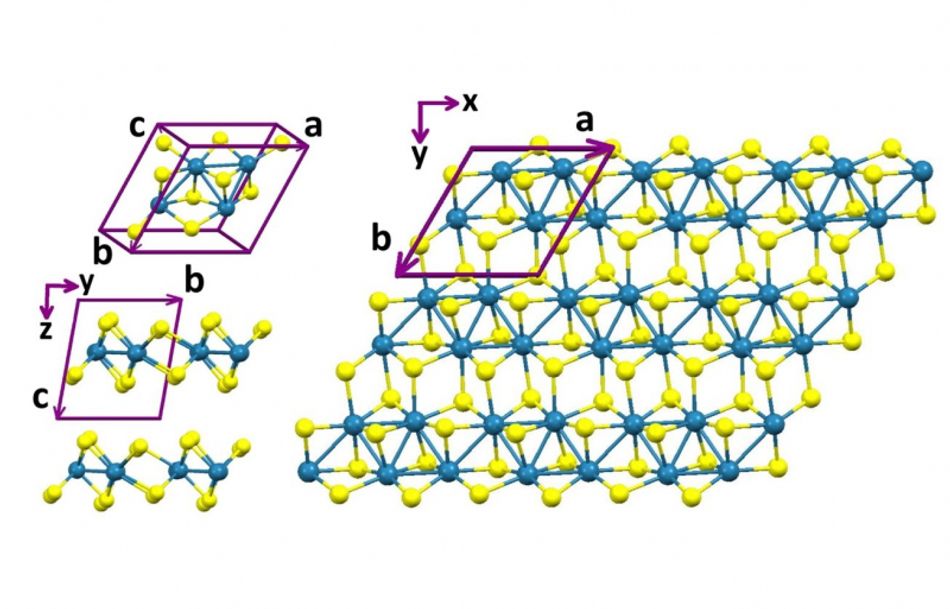 Illustration from the paper. Credit: degruyter.com

The researchers have found a highly promising material for optical elements. The higher the refractive coefficient, the smaller the waveguides, optical resonators, and other elements needed in optical devices would have to be. Or they can remain the same size but will interact with light more efficiently. However, as Ivan Iorsh underlines, this discovery is significant not only because of this material.

“More importantly, this indirectly proves our first hypotheses that we can develop a parameter based on previously acquired data that would be useful in finding materials with high refractive coefficients,” he explains. “Next, we are planning to launch a global search through open databases of materials’ electronic properties to find other substances, previously disregarded by optics specialists.”

Thanks to technology developed by start-up Bloom Biorenewables, plant materials can be used as an alternative to petroleum derivatives for producing a wide range of products, including bioplastics, textiles, cosmetics and even perfume.

Researchers at University of Maryland have taken an important step towards scalable, sustainable, and inexpensive transparent wood.

Dual-mode device to heat and cool buildings could cut HVAC energy use by nearly 20% in the U.S.