An international team of scientists led by The Australian National University (ANU) researchers has developed a new robust type of light technology that could lead to cheaper and faster devices.

The team created a laser that is immune to fabrication imperfections and external disturbances, such as unwanted light reflections and scatterings. The new technology behind the laser was enabled by recent fundamental discoveries in Physics and it could lead to a cost-effective miniaturisation of a wide range of light-based technologies. The developed lasers are so small that around a hundred of them could fit within a cross-section of a human hair.

The new technology was developed by a team of scientists, led by ANU Professor Yuri Kivshar in cooperation with a group of Professor Hong-Gyu Park from Korea University. The technology could be crucial in the quest to replace current electronic circuitry with ultra-fast laser-based optical circuits.

Co-author Dr Sergey Kruk, from the Nonlinear Physics Centre in the ANU Research School of Physics, says lasers are the backbone of the Internet.

"When you send an email to a person in another country, the information gets converted into short pulses of light produced by semiconductor lasers, which then travel long distances via optical fibres," he said.

"Conventional lasers have been tremendously successful for long-range communications - between buildings and between continents - however, scientists and engineers have run into various challenges when it came to applying this same technology within tiny and very cramped spaces, such as inside an integrated circuit. In tiny circuitry the operation of lasers gets compromised by device imperfections and undesirable light reflections."

Newly developed tiny and tough lasers may be the game changer in miniaturisation and their integration into optical devices. These lasers rely on very recent fundamental discoveries in physics. The key ingredient of the new lasers is a topological state of light. Topological states were for a long time considered only as pure mathematical abstractions, and have only recently been discovered in real-world systems. 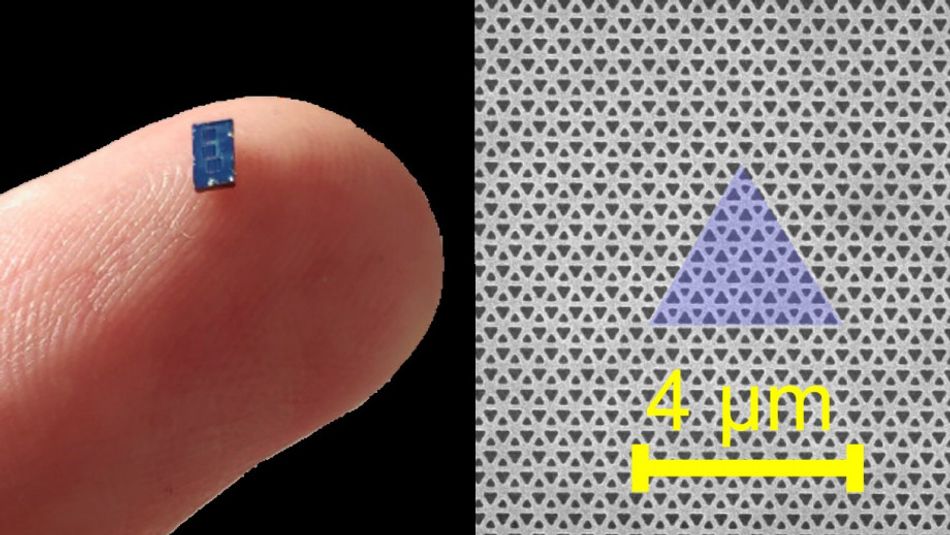 "We are all familiar with various physical states, such as gas, liquid or solid state," said Dr Sergey Kruk.

"Physics and modern high-tech also operate within more exotic states, such as superconductivity or Bose-Einstein condensate. Recently, our toolbox of various physical states has been enriched by topology."

According to ANU PhD student Aditya Tripathi topological states are interesting because they're quite difficult to destabilise or destroy.

"This means an optical device operating in a topological state will keep working under conditions that would interrupt the operation of a conventional device," said Mr Tripathi.

"This success gives us confidence to move forward.

"We can now start looking at how to harness this technology in practical ways, for example, for high-speed information transfer inside microchips."

"It could pave the way for other components, such as sensors or transistors that use light instead of electric currents to be made tiny enough to fit inside small devices."

The study has been published in the journal Light: Science & Applications.