Scientists at ITMO University have created a system of algorithms that uses data gathered from COVID-19 patients to suggest optimal treatment for every patient. The technology was originally developed for the treatment of cancer and cardiovascular diseases, but, given the current events, the system was taught to help COVID-19 patients. The algorithms are based on Russian and international clinical protocols.

Alexandra Vatyan, an associate professor at ITMO’s Faculty of Infocommunication Technologies, has received a presidential grant for the creation of a decision support system for doctors working with COVID-19 patients. ITMO.NEWS talked to Alexandra about this system, its capabilities, and how it could be used after the pandemic.

You are developing a new algorithm that will help doctors treat COVID-19 patients. How does it work?

It wouldn’t be true to call it a single algorithm. We have a big team that has been researching the ways in which artificial intelligence can be applied in medicine, including in the so-called decision support systems, for several years now. We collaborate with many hospitals. For instance, our partners in St. Petersburg are the Almazov National Medical Research Centre and several private clinics. Thus, our project didn’t start with the relatively recent COVID-19.

After the onset of the pandemic, we had the opportunity to accumulate various data on the disease, and we decided to adapt our experience to this task. There is no problem in acquiring data right now; there is actually so much of it that it is almost impossible to manually process it. However, AI can process this data. Last autumn, it became clear that the treatment of coronavirus in healthy people does not pose any particular problems. The challenges come when the virus hits someone who has concomitant diseases. Generally, there are many such people under medical supervision, some of them self-medicating. And each of them should receive special treatment – some patients have asthma, others have had cancer, and still others take medications for cardiovascular diseases. Therefore, we focus on the treatment of such people who have concomitant diseases.

We have developed a program that runs on an automaton model. It is an algorithm that includes a certain number of objects and states, and, accordingly, the transitions between these states. It sounds organic when we apply it to patients: there is a patient in state A, they receive a certain drug, after which they transition to state B, and so on. As a result, we get a program that can help physicians at every step with choosing what to do, what to pay attention to, and how to coordinate new prescriptions with the list of medications that the person usually takes. 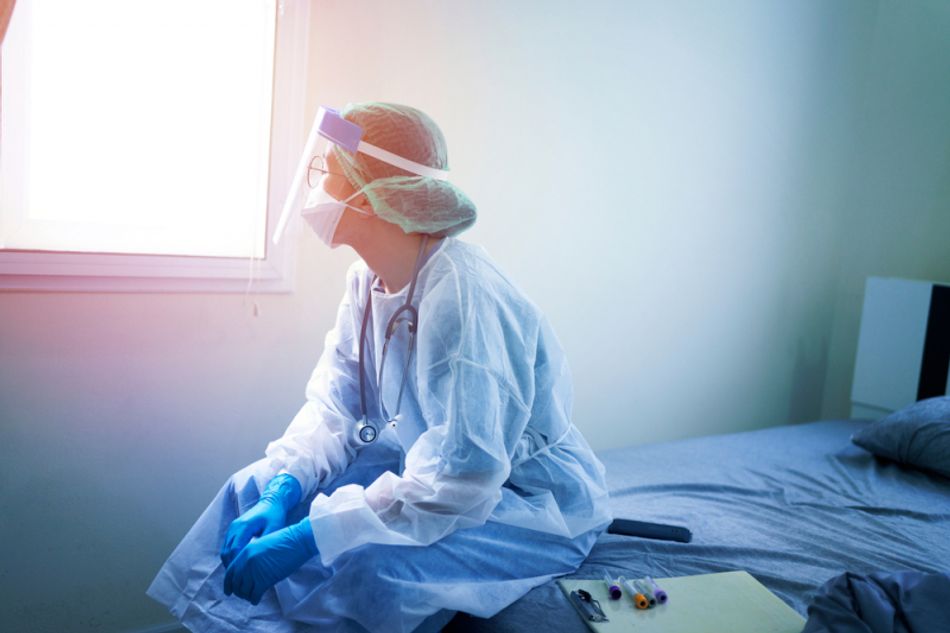 Credit: shutterstock.com How does the program work? What kind of data can it process?

When a patient arrives at a hospital, their data is entered into our system. It also brings together various databases. Thanks to this, the system can provide data on drug incompatibility.

For instance, with COVID-19, there are five main drugs that can be prescribed. Three of them don't go well with heart medications. For example, if a patient takes glucocorticoids, then it can be dangerous to prescribe them something from this group, and the doctor should take this into account. There are also various diseases that prevent patients from taking paracetamol. It is very difficult to keep all this in mind, so doctors have to constantly turn to some sources or search for information on the internet. It gets especially difficult when the patient isn't treated in a specialized medical center.

Upon the admission of a patient, our system "sees" that they have asthma, for instance, and thus marks this patient, identifying the treatments that they can take. Later, when doctors prescribe this patient injections or IVs, the system tells them which drugs can't be used in treatment.

So the system decides for the doctors?

No, the decision is always up to the physician. They can evaluate the risks and decide whether to use this particular drug and then make a note about it. At the same time, the system is transparent, making it hard to enter any false data into it or state that the patient is getting better when it is actually not the case. Such data can always be tracked and this transparency benefits both doctors and patients. In other words, this is not only a decision support system, but a decision control system, as well.

The system also processes patient data with machine learning algorithms. The algorithm analyzes all the data on a patient – their medical history, all the tests, ECG, CT, MRI images, or X-rays. For example, say a patient is prescribed a CT image and a radiologist has to review it. This is time-consuming even for experienced specialists because there can be 512 CT sections from one patient. Every suspicious detail in these images has to be taken into account. Based on this review, the radiologist writes a report and sends it to the attending physician, and this can take about 40 minutes. Our system can identify a suspicious detail and highlight it. Thus, the analysis will take 5-10 minutes instead of 40. At the same time, the system will compare this data with the previously known information about the patient. 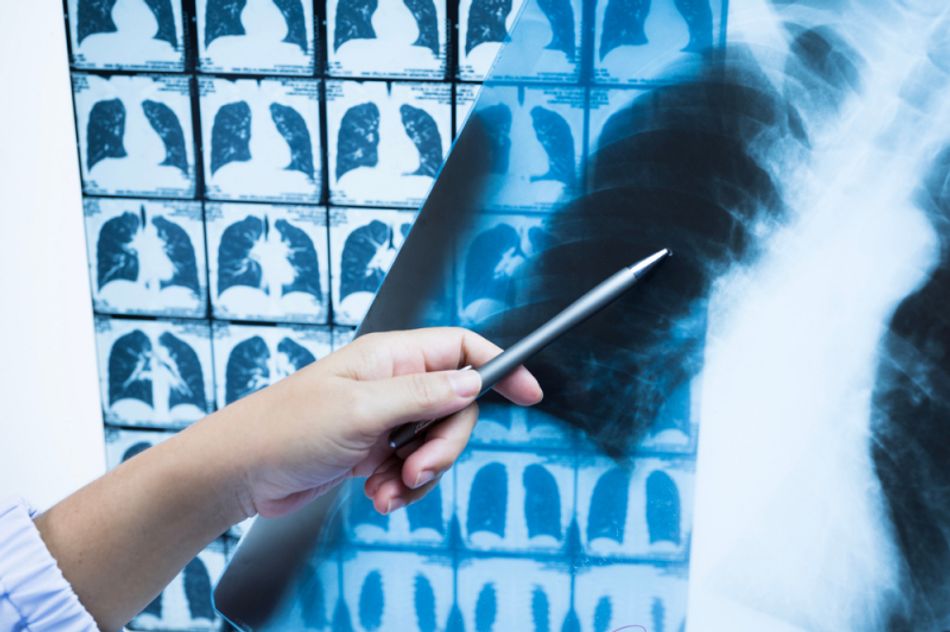 Credit: shutterstock.com So it doesn’t say that something is wrong in the lungs, but simply highlights certain areas in the image?

That's right, the decision is up to the doctor. At the same time, it was important for us to reduce the likelihood of false-negative results and to achieve maximum accuracy, even if it means having to deal with false-positive results. That is, the system will highlight all that it can, even if there are no problems there, and the specialists will make the final decision.

Your system can use existing databases to consult doctors, but can it also accumulate new information on the course of the disease or effects of treatments?

We would very much like to collect data, and we are working towards it. We have a separate project on CT scans that has to be certified and connected to the Unified State Medical System. We want to add to the database of CT images.

Speaking about our COVID-19 system, we would like for it to function like a personal voice assistant – these store data in clouds and learn more and more every time you interact with them. It would be great to apply this to our system.

And is the system itself based at a single hospital or can it connect several of them – or all hospitals in a city?

We worked with this system at the Almazov National Medical Research Centre. In theory, we could bring it to a point where it is one system that serves several hospitals. This is not so much a technical issue, but one of state registration and administrative restrictions. Medical systems have to function in a certain way, they have to share data according to certain protocols. We, of course, took this into account when developing the system. But the path to such a level is long and challenging. This is easier done at private clinics, whereas in public hospitals it is still difficult. 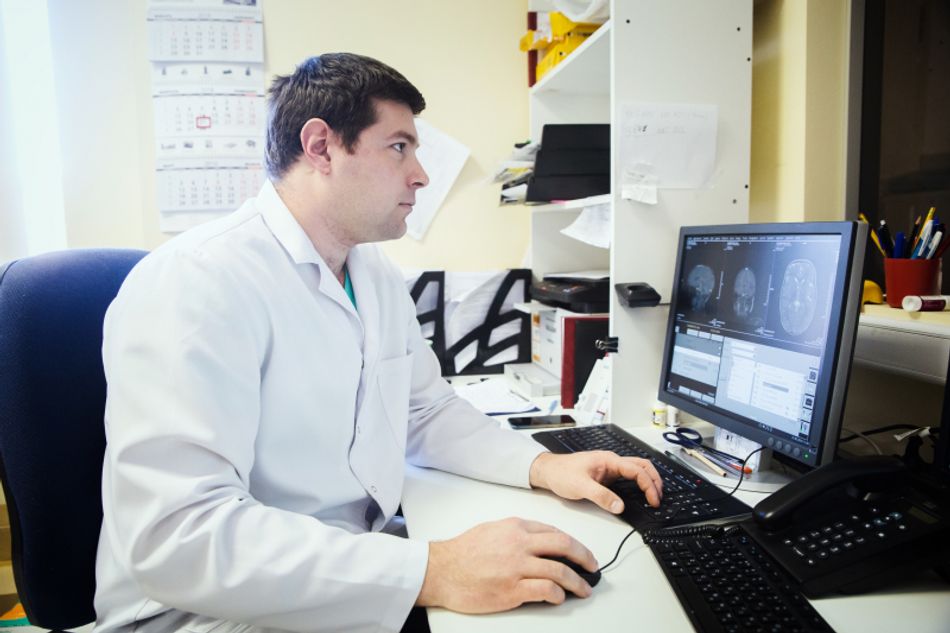 At which stage is the system now? Is it a prototype or is it ready to be implemented?

It is now moving from a beta to an alpha version. We tested it together with specialists from the Almazov Centre and verified our results. Our next step is the alpha version, which is when we’ll verify all interfaces. The system will then have to be approved at the state level by the Ministry of Health, if we succeed. The remaining technical work will last till summer and it’s hard to say how long the approval will take.

What kind of data did you receive during testing? How successful was the system?

During the pretest we compared the doctors’ working time on certain tasks with and without our system. In general, our system demonstrated a two- to four-fold decrease in time spent on various tasks.

What else are you planning to do while working with the grant?

We are planning to combine protocols. For example, when a patient comes in with not one, but two or three diseases, they have to be treated in accordance with several protocols. We want to combine the COVID-19 treatment protocol with various other diseases.

The second thing is predictive modeling. Hospitals have to work extra-hard, which leads to rising death rates in different regions. Hospitals are full. In many cases, hospitals admit not the patients that needed help but the wrong ones. If a patient was admitted who didn't need emergency hospitalization, then this patient took the place of someone who really needed it.

We want to use neural networks and machine learning to process a huge amount of data and find potential correlations. It would be great if we could identify some indicators that would say that a patient has to be taken to the hospital. We hope that our algorithms will be able to find something that scientists and doctors have not spotted yet. We have until the end of 2021 to do this. I hope that in the fall we will have preliminary results that we can base more accurate models on.

We are hoping to see the pandemic will subside soon. Will your system remain relevant after that?

The system will not go anywhere. Initially, we weren’t developing it for COVID-19. What we had in mind were cardiovascular diseases, cancer, and autoimmune diseases, including multiple sclerosis. It is not about COVID-19 specifically, it is just that this issue is relevant now and we want to contribute to battling the pandemic. But in general our system is not linked to it.

When a Story is Breaking, AI Can Help Consumers Identify Fake News

Early intervention with tailored messaging may stop the spread of misinformation

How an AI solution can design new tuberculosis drug regimens

A new method could replace trial and error drug development