Part of the noise from aircraft is generated by the wing. Where high-lift devices and control surfaces meet the wing, there is an abrupt transition between these aerofoils and the air flowing around them to the fixed part of the wing. Aerodynamic studies have shown that such transitions are responsible for some of the noise. Could a flexible surface between the wing and the moving surfaces reduce noise in this area? Researchers at the German Aerospace Center (Deutsches Zentrum für Luft- und Raumfahrt; DLR) have been working with Invent GmbH and the Technical University of Munich on the FlexMat project, which is investigating this question.

The idea sounds simple – direct transitions between the fixed part of the wing and the moving control surfaces or high-lift devices need to be avoided. This could be achieved with a flexible skin between the fixed wing and the moving components. However, things become more difficult when the requirements for such a skin are considered. It has to be able to withstand extreme aerodynamic loads, but it must not be too stiff, otherwise the systems driving the moving components would have to be able to exert additional force. "Continuous transitions between flap systems and the main aerofoil would be a huge advantage for future laminar flow wings, which allow air to pass around them without turbulence," says Martin Radestock of the DLR Institute of Composite Structures and Adaptive Systems in Braunschweig. "This could reduce airflow turbulence and ensure laminar stability." Among other things, laminar flow wings result in lower drag, which is beneficial for the environment. 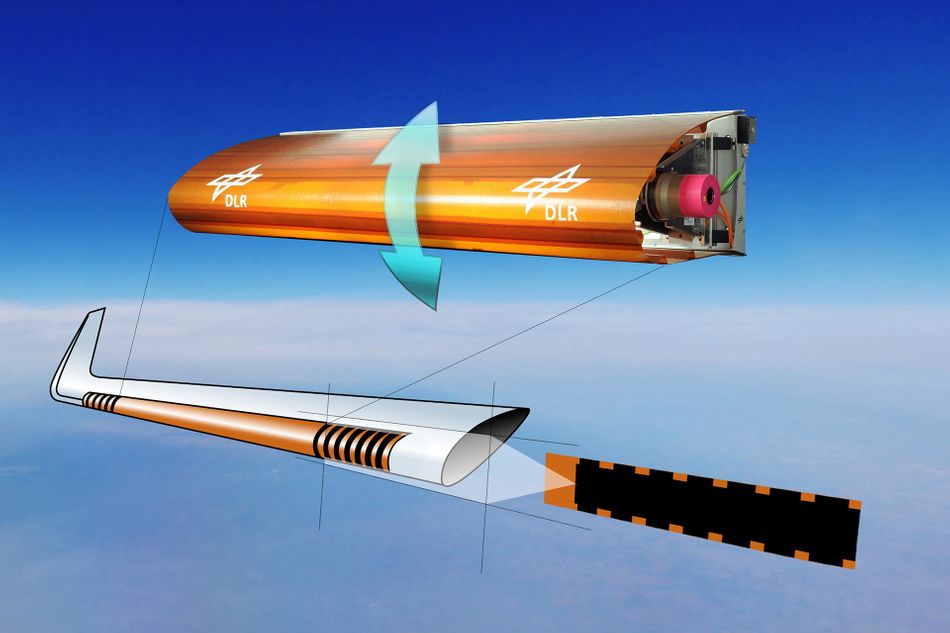 An aircraft configuration based on the Airbus A320 provided the foundation for research on FlexMat. "We concentrated on the outboard area of the wing," explains Radestock. "The slat on the leading edge was replaced with a variable-shape leading edge, referred to as a droop flap, which was developed and researched at our institute back in 2007. We also installed our transition skin." A transition triangle from the Technical University of Munich was applied between the aileron and the trailing edge of the wing.

An artificial skin made of rubber and glass fibre

The transition skin tested by DLR has a span of one metre. It consists of a mix of materials, comprising synthetic rubber – ethylene propylene diene monomer rubber (EPDM) and glass-fibre reinforced composites. The rubber forms the basis for the skin, into which the researchers inserted glass-fibre plates at varying intervals, on both the outer and inner surfaces. The deformation properties of the transition skin can be adjusted by means of the soft, flexible rubber and the positioning of the rigid glass-fibre strips. The researchers endeavoured to keep local deformations to a minimum, so that the glass-fibre composites and rubber did not separate. 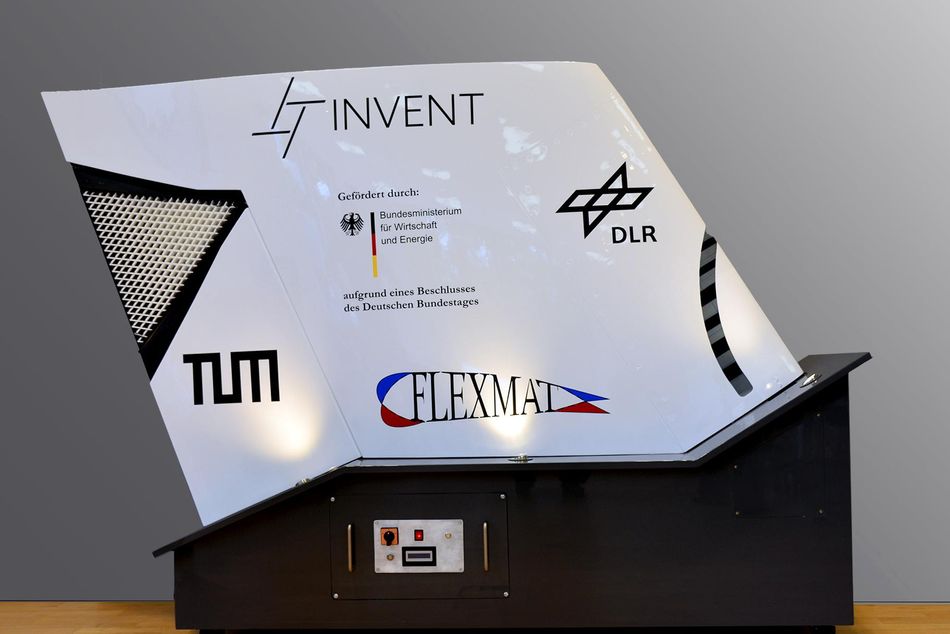 "The final tests using a demonstrator showed that the wing skin being tested is very hard-wearing and can be deformed to a large extent," says Radestock. "In the event of extreme deformation, the only thing that needs care is the paintwork, to make sure that it does not crack." The use of a flexible skin on wing leading edges has been shown to be feasible. Further testing will be necessary in order to check the extent to which noise and drag can actually be reduced using this technique and determine the maximum load limit of the skin.