Origami principles can unlock the potential of the smallest robots, enhancing speed, agility and control in machines no more than a centimeter in size.

University of Michigan researchers have demonstrated that behavioral rules underpinning the Japanese art of folding can expand the capabilities of these machines, creating potential for greater use in fields as diverse as medical equipment and infrastructure sensing.

“We’ve come up with a new way to design, fabricate and actuate microbots,” said Evgueni Filipov, a U-M assistant professor of civil and environmental engineering. “We’ve been the first to bring advanced origami folding capabilities into one integrated microbot system.”

Their bots can form one shape, complete a task, then reconfigure into a second shape for an additional task, and so on. 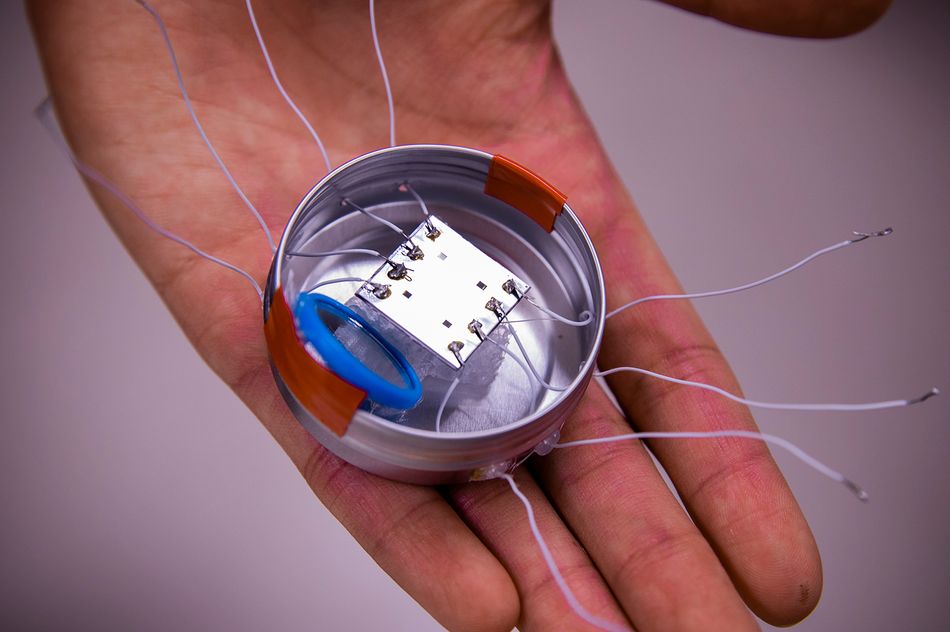 To date, most microbots have limited movements, which hampers their ability to perform useful tasks. To increase their range of motion, they need to be able to fold at large angles. U-M’s team has created microbots that can fold as far as 90 degrees and more. Larger folds allow microbots to form more complex shapes.

U-M’s unique approach enables their microbots to complete their range of motion up to 80 times per second, a faster pace than most can operate.

Microbots using origami principles often require an outside stimulus to activate, such as heat inside a body, or a magnetic field applied to the microbot. U-M’s utilize a layer of gold and a layer of polymer that act as an onboard actuator—meaning no outside stimulus is needed.

While the microbots are currently controlled by a tether, eventually, an onboard battery and a microcontroller will apply an electric current in the systems.

“When current passes through the gold layer, it creates heat, and we use heat to control the motions of the microbot,” Filipov said. “We drive the initial fold by heating the system, then we unfold by letting it cool down.”

“To get something to fold and stay folded, we overheat the system. When we overheat, we can program the fold—change where it comes to rest.”

These capabilities allow microbots to function elastically and plastically—giving them the ability to recover their original shape.

The paper is titled, “Elastically and Plastically Foldable Electro-Thermal Micro-Origami for Controllable and Rapid Shape Molding.”

First flight of a microrobot with soft actuators

Researchers at the Paul Scherrer Institute PSI and ETH Zurich have developed a micromachine that can perform different actions. First nanomagnets in the components of the microrobots are magnetically programmed and then the various movements are controlled by magnetic fields.