Some implants like pacemakers can last for years, while others wear out quickly due to technical weaknesses. “New neuroprosthetic devices are thinner, more flexible and more elastic, making them better suited to the mechanical properties of brain tissue,” says Diego Ghezzi, a professor at EPFL’s School of Engineering and holder of the Medtronic Chair in Neuroengineering. “But that also makes them more fragile and less durable.” Removing these implants can be difficult, or even impossible, because it generally requires invasive surgery. 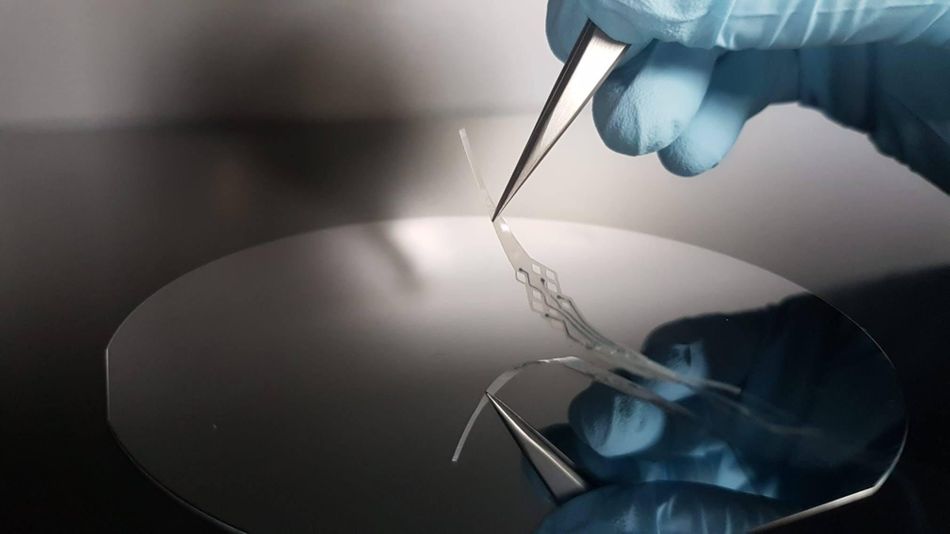 A biodegradable implant for longer-term applications

Ghezzi and his team of engineers are developing a new generation of biodegradable implants that get around this problem. The first obstacle they faced relates to the short lifetimes of biodegradable materials, which limit how extensively they can be used. “The biodegradable neural interfaces currently being developed only work for a few days. That severely restricts the range of potential applications,” says Ghezzi.

Tissue grows back once the implant is gone

The neural interface developed by Ghezzi’s team is made entirely of polymers that deteriorate naturally after several months. It can therefore be used in medium- to long-term applications such as monitoring epileptic activity or supporting neurorehabilitation after an injury. The engineers also found that the surrounding tissue grows back naturally once the implant has disappeared. “That’s different from most implants, which are inert and don’t interact with the tissue,” says Ghezzi. 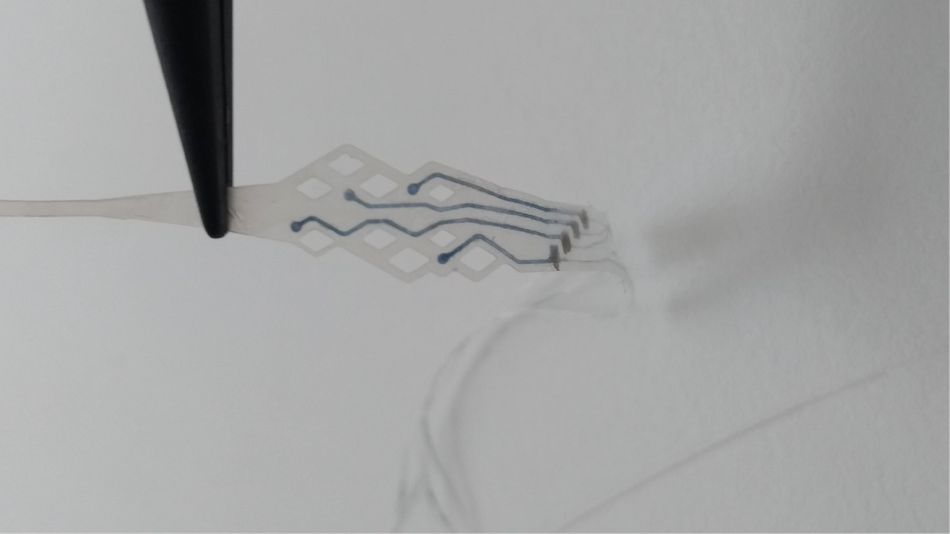 The team also wanted to create a device that could be implanted without requiring a major operation like craniotomy. Conventional neural interfaces are placed directly in the brain, and the tiny electrodes they contain stimulate or record cerebral activity. These devices are used to treat Parkinson’s disease, epilepsy and compulsive disorders, for example, and to study the brain.

The implant developed by Ghezzi and his colleagues eliminates the need for invasive surgery, as it can be implanted in a patient’s blood vessel. “We modeled our implant after stents, which are used to widen arteries and veins,” says Adele Fanelli, a PhD student at Ghezzi’s lab. “The surgical procedure has become fairly routine, and the recovery time is short.” EPFL’s neural interface can communicate with the brain but doesn’t have to be in direct contact with the nervous system. Because it’s made out of polymers rather than metal, it tends not to provoke a strong inflammatory reaction.

The team’s findings have been published in Biomaterials and Advanced Materials Technologies. “Our research shows it’s possible to develop minimally invasive neuroprostheses that interact with the surrounding tissue,” says Ghezzi. “This opens up new possibilities for applications in neurotechnology and expands the range of patients who can benefit from them.”

New adhesive that binds wet surfaces within seconds could be used to heal wounds or implant medical devices.

Researchers have received a FET-Open grant from EU to pioneer research in biocompatible actuating materials that can be used for intelligent devices for use in the human body.