For the first time, a new type of optical resonator offers the possibility of tracking the movement of nanoparticles in space

Nanoparticles are omnipresent in our environment: viruses in the air in the room, proteins in the body, as building blocks of new materials for electronics or in surface coatings. If you want to make the tiny particles visible, you have a problem: They are so small that you usually cannot see them under an optical microscope. Researchers at the Karlsruhe Institute of Technology (KIT) have developed a sensor with which they can not only detect nanoparticles, but also determine their properties and track their spatial movement. They are now presenting their extremely sensitive and very compact detector, a novel Fabry-Pérot resonator, in the journal Nature Communications (DOI: 10.1038 / s41467-021-26719-5).

Common microscopes produce greatly enlarged images of small structures or objects with the help of light. Because the nanoparticles, due to their tiny size, hardly absorb or scatter light, they remain invisible. Optical resonators, on the other hand, strengthen the interaction between light and nanoparticles: They keep light trapped in a small space by reflecting it thousands of times between two mirrors. If there is a nanoparticle in the trapped light field, the nanoparticle interacts with the light thousands of times, so that the change in light intensity can be measured. "Because the light field has different intensities at different points in space, we can draw conclusions about the position of the nanoparticle in three-dimensional space," says Dr. Larissa Kohler from the Physics Institute at KIT. 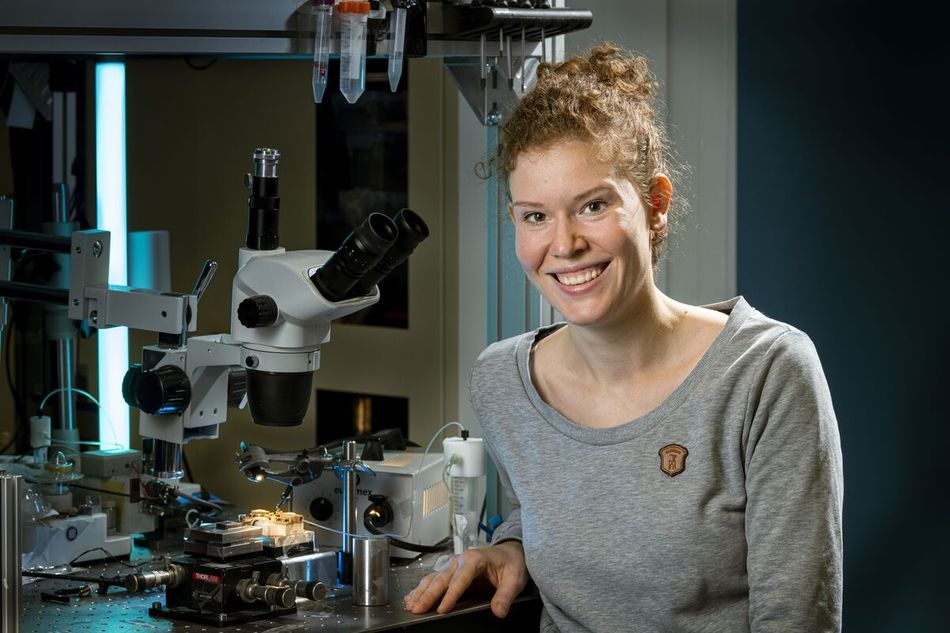 The resonator makes the movements of the nanoparticles visible

And not only that: “When a nanoparticle is in water, it collides with the water molecules, which move in arbitrary directions due to thermal energy. Due to the impact, the nanoparticle executes a kind of trembling movement. We can now also understand this Brownian movement, ”says the expert. "Up to now, it was not possible to track the spatial movement of a nanoparticle with an optical resonator, but only to say that the particle is in the light field or not," explains Kohler. On top of that, the novel fiber-based Fabry-Pérot resonator, in which the highly reflective mirrors are located on the end faces of glass fibers, opens up the possibility of determining the hydrodynamic radius of the particle from the three-dimensional movement, so the thickness of the surrounding shell of water to derive. This is crucial because it changes the properties of the nanoparticle. “For example, due to the hydration shell, nanoparticles can still be detected that would be too small without this shell,” says Kohler. The hydration shell around proteins or other biological nanoparticles could also have an influence on biological processes.

The researchers see possible uses for their resonator in the future detection of three-dimensional movement with high temporal resolution and the characterization of the optical properties of biological nanoparticles such as proteins, DNA origami or viruses. The sensor could thus enable insights into not yet understood biological processes.

Game changer in the fight against climate change: reFuels suitable for ever...

Researchers at EPFL, China, Spain and the Netherlands have built a micro-device that uses vibrating molecules to transform invisible mid-infrared light into visible light. The breakthrough ushers in a new class of compact sensors for thermal imaging and chemical or biological analysis.

A Christmas tree with a thickness of one atom is made at DTU. It shows how terahertz measurements can be used to ensure the quality of graphene.