New research from an interdisciplinary team, including Northwestern University’s Horacio Espinosa and Sridhar Krishnaswamy and the Georgia Institute of Technology’s Glaucio Paulino, aims to advance the creation and understanding of such folded structures for applications ranging from soft robotics to medical devices to energy harvesters.

Inspired by origami, mechanical metamaterials — artificial structures with mechanical properties defined by their structure rather than their composition — have gained considerable attention because of their potential to yield deployable and highly tunable structures and materials.

What wasn’t known was which structures integrate shape recoverability, pronounced directional mechanical properties, and reversible auxeticity — meaning their lateral dimensions can increase and then decrease when progressively squeezed. Though some 3D origami structures have been produced through additive manufacturing, achieving the folding properties displayed in ideal paper origami remained a challenge.

Using nanoscale effects for an origami design, the team of researchers from Northwestern’s McCormick School of Engineering and Georgia Tech's School of Civil and Environmental Engineering sought to answer that question. They produced small, 3D, origami-built metamaterials, successfully retaining the best properties without resorting to artifacts to enable folding. 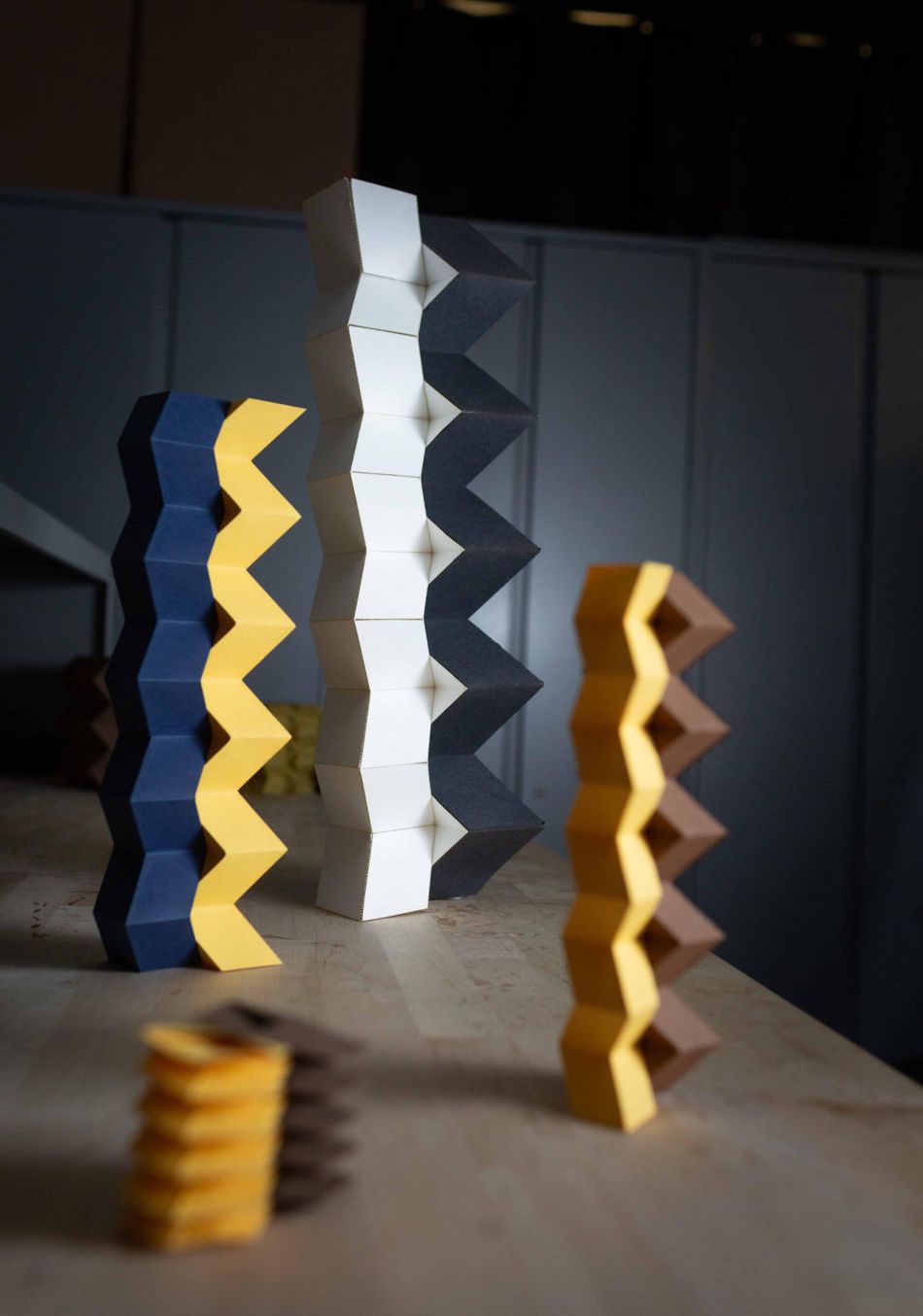 Scaling of zipper tubes, which are the basic geometric elements of the zipper metamaterial. (Credit: Allison Carter, Georgia Tech)

“Our work demonstrated that rational design of metamaterials, with a large degree of shape recoverability and direction-dependent stiffness and deformation, is possible using origami designs, and that origami foldability enables a state where the material initially expands and subsequently contracts laterally (reversible auxeticity),” added Espinosa, who serves as director of Northwestern’s theoretical and applied mechanics graduate program. “Such properties promise to influence a number of applications across a wide range of fields encompassing the nano-, micro-, and macro-scales, leveraging the intrinsic scalability of origami assemblies.”

“Guided by geometry, the scaling and miniaturization of the origami metamaterial are exciting in itself and by the unprecedented multifunctionality that it naturally enables,” said Paulino, the Raymond Allen Jones Chair in Georgia Tech’s School of Civil and Environmental Engineering.

“Only an interdisciplinary effort combining origami design, 3D laser printing with nanoscale resolution, and in situ electron microscopy mechanical testing could reveal the unprecedented combination of properties our work demonstrated and their potential impact on future applications,” added Paulino, who contributed to establishing the National Science Foundation Emerging Frontiers in Research and Innovation program named ODISSEI (Origami Design for Integration of Self-assembling Systems for Engineering Innovation).

“We can envision origami-based soft microrobots that are stiff along some directions to carry payloads while maintaining other degrees of flexibility for motion. Origami-metamaterials that exploit reversible auxeticity and large deformation can lead to multifunctional applications ranging from deployable microsurgical instruments and medical devices to energy steering and harvesting,” added Krishnaswamy, the director of Northwestern’s Center for Smart Structures and Materials.

“There are a number of possibilities,” he said. “One is the fabrication of origami structures with ceramic and metallic materials, while preserving nanoscale dimensions, to exploit size effects in the mechanical response of the structures leading to superior energy dissipation per unit volume and mass. Another is the use of piezoelectric polymers, which can result in energy harvesters that can drive sensing modalities or power microsurgical tools.”

The research, “Folding at the Microscale: Enabling Multifunctional 3D Origami-Architected Metamaterials” was published in the journal Small on July 27. Along with Espinosa, Krishnaswamy, and Paulino, coauthors include Northwestern’s Nicolas A. Alderete, Zhaowen Lin, and Heming Wei, and Larissa S. Novelino from Georgia Tech.