Natural materials like skin, cartilage and tendons are tough enough to support our bodyweight and movements, yet flexible enough that they don’t crack easily. Although we take these properties for granted, replicating this unique combination in synthetic materials is much harder than it sounds. Now, scientists at EPFL have developed a new way of making strong, supple composite polymers that more closely mimic materials found in the natural world. Their breakthrough, described in a paper appearing in Advanced Functional Materials, could have applications in fields such as soft robotics and cartilage prosthetic implants.

Normally, synthetic hydrogels fall into two very different material categories. The first type, which includes window glass and some polymers, are hard and load-bearing but notoriously poor at absorbing energy: even the slightest crack can spread through the structure. Materials in the second group are better able to resist cracking, but there’s a trade-off: they’re extremely soft – so soft, in fact, that they can’t bear heavy loads. Yet some natural composites – made from a combination of biological materials and proteins, including collagen – are both strong and crack-resistant. They owe these properties to their highly precise structure, from the nano to the millimeter scales: for example, woven fibers are organized into larger structures, which in turn arrange to form other structures, and so on.

“We’re still a long way from being able to control the structure of synthetic materials at so many different scales,” says Esther Amstad, an assistant professor at EPFL’s Soft Materials Laboratory and the paper’s lead author. Yet Matteo Hirsch and Alvaro Charlet – two doctoral assistants working under Amstad’s guidance – have devised a new approach to building synthetic composites, taking their cues from the natural world. “In nature, basic building blocks are encapsulated in compartments, which are then released in a highly localized way,” explains Amstad. “This process provides greater control over a material’s final structure and local composition. We took a similar approach, arranging our own building blocks into compartments then assembling them into a superstructure.”

First, the scientists encapsulated monomers in droplets of a water-and-oil emulsion, which serve as the compartments. Inside the droplets, the monomers bind together to form a network of polymers. At this point, the microparticles are stable but the interactions between them are weak, meaning the material doesn’t hold together well. Next, the microparticles – which are highly porous like sponges – were soaked in another type of monomer before the material was reduced to form a kind of paste. Its appearance, as Alvaro Charlet puts it, is “a bit like wet sand that can be shaped into a sandcastle”.

The scientists then 3D-printed the paste and exposed it to UV radiation. This caused the monomers added at the second step to polymerize. These new polymers intertwined with the ones formed earlier in the process, thereby hardening the paste. That resulted an exceptionally strong, hard-wearing material. The research team showed that a tube measuring just 3 mm across can withstand a tensile load of up to 10 kg and a compressive load of as much as 80 kg with no damage to its structural integrity. 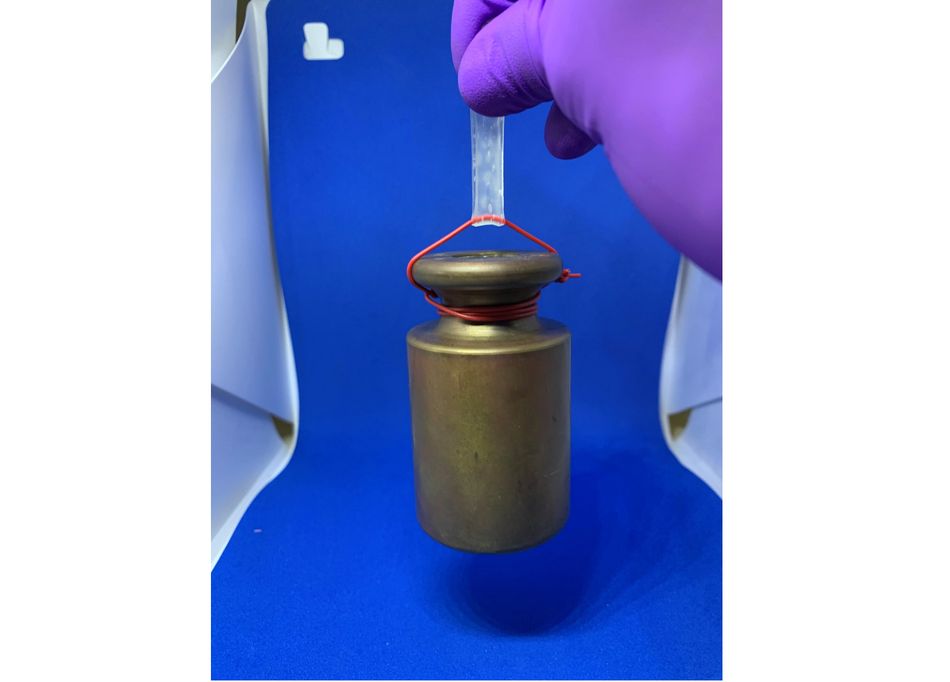 Their discovery has potential uses in soft robotics, where materials that mimic the properties of living tissues are highly sought-after. The ground-breaking process could also be applied to develop biocompatible materials for cartilage prosthetic implants.

Link to the online publication

Soft robots that can sense touch, pressure, movement and temperature

Tony Rollett published in Science a pivotal discovery that could dramatically improve the 3D printing process.