A new MIT-fabricated metalens shifts focus without tilting, shifting, or otherwise moving. The design may enable miniature zoom lenses for drones, cellphones, or night-vision goggles. Credits:Courtesy of the researchers

Polished glass has been at the center of imaging systems for centuries. Their precise curvature enables lenses to focus light and produce sharp images, whether the object in view is a single cell, the page of a book, or a far-off galaxy.

Changing focus to see clearly at all these scales typically requires physically moving a lens, by tilting, sliding, or otherwise shifting the lens, usually with the help of mechanical parts that add to the bulk of microscopes and telescopes.

Now MIT engineers have fabricated a tunable “metalens” that can focus on objects at multiple depths, without changes to its physical position or shape. The lens is made not of solid glass but of a transparent “phase-changing” material that, after heating, can rearrange its atomic structure and thereby change the way the material interacts with light.

In this way, the new active “metalens” can tune its focus without the need for bulky mechanical elements. The novel design, which currently images within the infrared band, may enable more nimble optical devices, such as miniature heat scopes for drones, ultracompact thermal cameras for cellphones, and low-profile night-vision goggles.

Gu and his colleagues have published their results today in the journal Nature Communications. His co-authors include Juejun Hu, Mikhail Shalaginov, Yifei Zhang, Fan Yang, Peter Su, Carlos Rios, Qingyang Du, and Anuradha Agarwal at MIT; Vladimir Liberman, Jeffrey Chou, and Christopher Roberts of MIT Lincoln Laboratory; and collaborators at the University of Massachusetts at Lowell, the University of Central Florida, and Lockheed Martin Corporation. 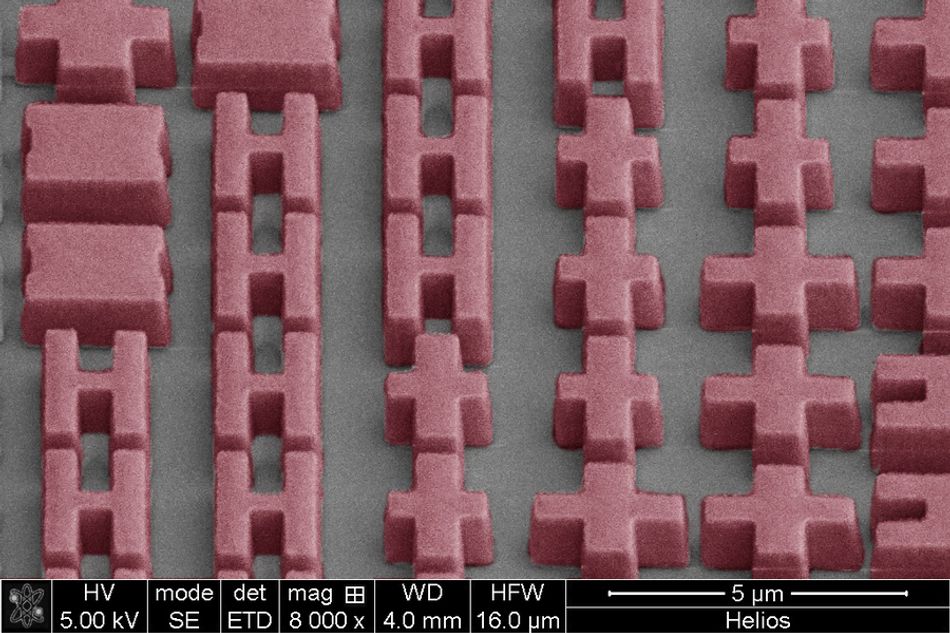 This magnified image of the metalens shows its microscopic features. Credits:Courtesy of the researchers

The new lens is made of a phase-changing material that the team fabricated by tweaking a material commonly used in rewritable CDs and DVDs. Called GST, it comprises germanium, antimony, and tellurium, and its internal structure changes when heated with laser pulses. This allows the material to switch between transparent and opaque states — the mechanism that enables data stored in CDs to be written, wiped away, and rewritten.

Earlier this year, the researchers reported adding another element, selenium, to GST to make a new phase-changing material: GSST. When they heated the new material, its atomic structure shifted from an amorphous, random tangle of atoms to a more ordered, crystalline structure. This phase shift also changed the way infrared light traveled through the material, affecting refracting power but with minimal impact on  transparency.

The team wondered whether GSST’s switching ability could be tailored to direct and focus light at specific points depending on its phase. The material then could serve as an active lens, without the need for mechanical parts to shift its focus.

“In general when one makes an optical device, it’s very challenging to tune its characteristics postfabrication,” Shalaginov says. “That’s why having this kind of platform is like a holy grail for optical engineers, that allows [the metalens] to switch focus efficiently and over a large range.” 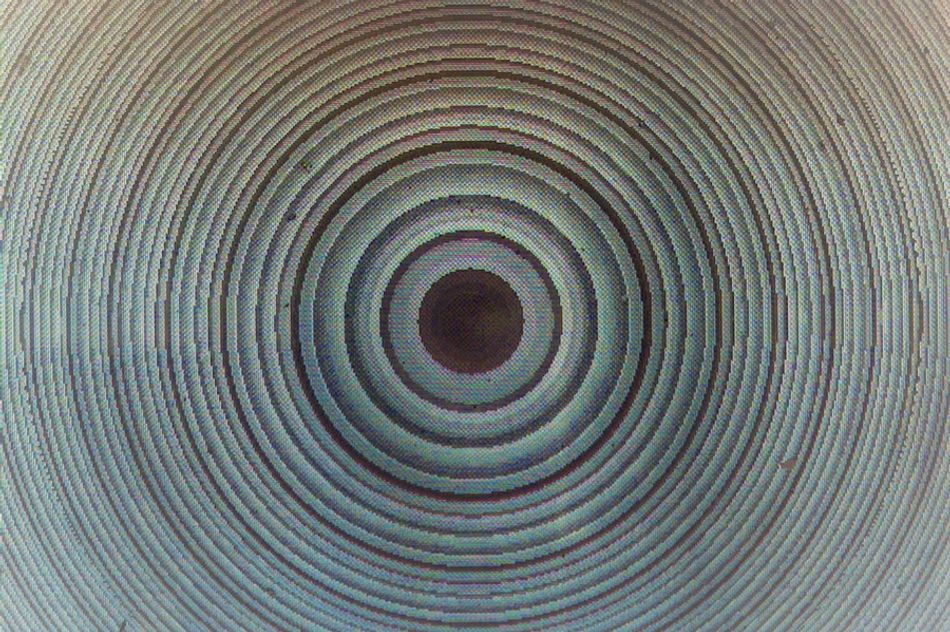 This image shows an optical-microscope view of the metalens. Credits:Courtesy of the researchers

In the hot seat

In conventional lenses, glass is precisely curved so that incoming light beam refracts off the lens at various angles, converging at a point a certain distance away, known as the lens’ focal length. The lenses can then produce a sharp image of any objects at that particular distance. To image objects at a different depth, the lens must physically be moved.

Rather than relying on a material’s fixed curvature to direct light, the researchers looked to modify GSST-based metalens in a way that the focal length changes with the material’s phase.

In their new study, they fabricated a 1-micron-thick layer of GSST and created a “metasurface” by etching the GSST layer into microscopic structures of various shapes that refract light in different ways.

“It’s a sophisticated process to build the metasurface that switches between different functionalities, and requires judicious engineering of what kind of shapes and patterns to use,” Gu says. “By knowing how the material will behave, we can design a specific pattern which will focus at one point in the amorphous state, and change to another point in the crystalline phase.”

They tested the new metalens by placing it on a stage and illuminating it with a laser beam tuned to the infrared band of light. At certain distances in front of the lens, they placed transparent objects composed of double-sided patterns of horizontal and vertical bars, known as resolution charts, that are typically used to test optical systems.

The lens, in its initial, amorphous state, produced a sharp image of the first pattern. The team then heated the lens to transform the material to a crystalline phase. After the transition, and with the heating source removed, the lens produced an equally sharp image, this time of the second, farther set of bars.

“We demonstrate imaging at two different depths, without any mechanical movement,” Shalaginov says.

The experiments show that a metalens can actively change focus without any mechanical motions. The researchers say that a metalens could be potentially fabricated with integrated microheaters to quickly heat the material with short millisecond pulses. By varying the heating conditions, they can also tune to other material’s intermediate states, enabling continuous focal tuning.

“It’s like cooking a steak — one starts from a raw steak, and can go up to well done, or could do medium rare, and anything else in between,” Shalaginov says. “In the future this unique platform will allow us to arbitrarily control the focal length of the metalens.”

By employing state-of-the-art fabrication and imaging, researchers were able to use light to spur more efficient — and potentially new — forms of chemical transformations.

A team of researchers from Texas A&M University and Yonsei University recently discovered a helicoidal-shaped defect in layered polymers, uncovering how solvents can rapidly diffuse through layers and produce color changes.