As you can see, upper wing surface is longer, therefore upper airflow should be less dense compared to lower airflow.

To simplify the thought process, I will make some assumptions. This will help us to focus on average cases of these two drone types, instead of edge cases. 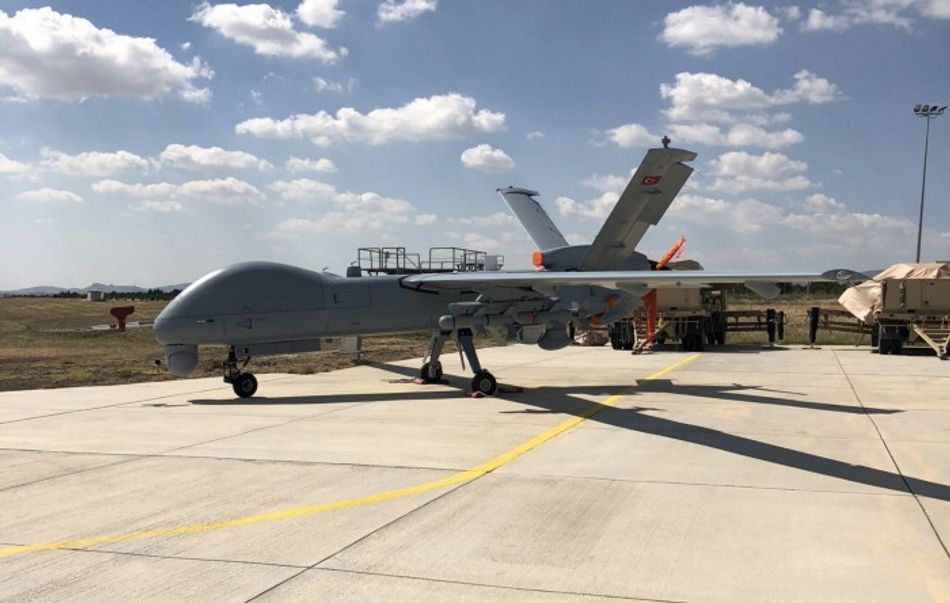 Imagine Pizzas Under Wings Instead of Missiles

In this section, I will shortly summarize what parameters are used to settle the ultimate question: Which is better for pizza carrying, multicopter or fixed-wing?

This means, while a pizza joint can use 10 meter square pad on their roof as landing pad, fixed-wing drones will need larger area as a runway. This limits fixed-wing drones’ pizza carrying feasibility heavily, as pizza joints often would need to be located outside the city limits, where constructing long runways possible. In the meantime, pizza joints that choose multicopters can use their own roofs for landing pads. 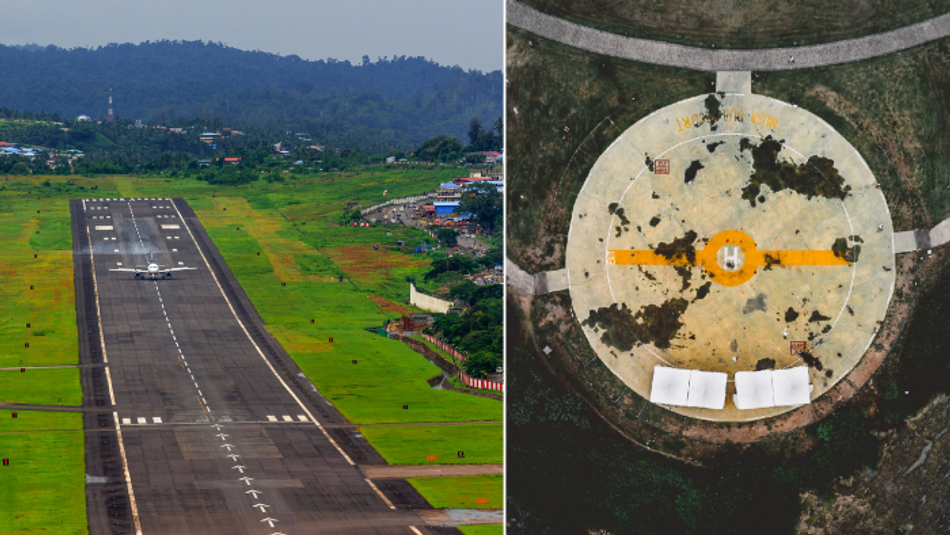 Of course, there are catapult-like solutions for fixed-wing aircraft that launches them in the air for quick flight start but that would be really expensive and sometimes life-endangering in a city environment. Catapult-like systems also do not solve our landing problem, fixed-wings would still need runway to land. Fixed-wings are significantly larger than multicopters also, requiring larger spaces to store them when they are off-duty.

Multicopters have a great advantage here, they can truly fly point-to-point thanks to their ability to hover and quickly change direction. Fixed-wings can not fly in any direction they want. Like traditional fixed aircraft, they can not make extremely sharp turns. Their flight tracks are much closer to linear-elliptical compared to multicopters. Therefore, a multicopter can deliver multiple-pizzas at single pass but a fixed-wing might require multiple loops or awkwardly shaped longer routes depending on geographical placement of the delivery points on surface. 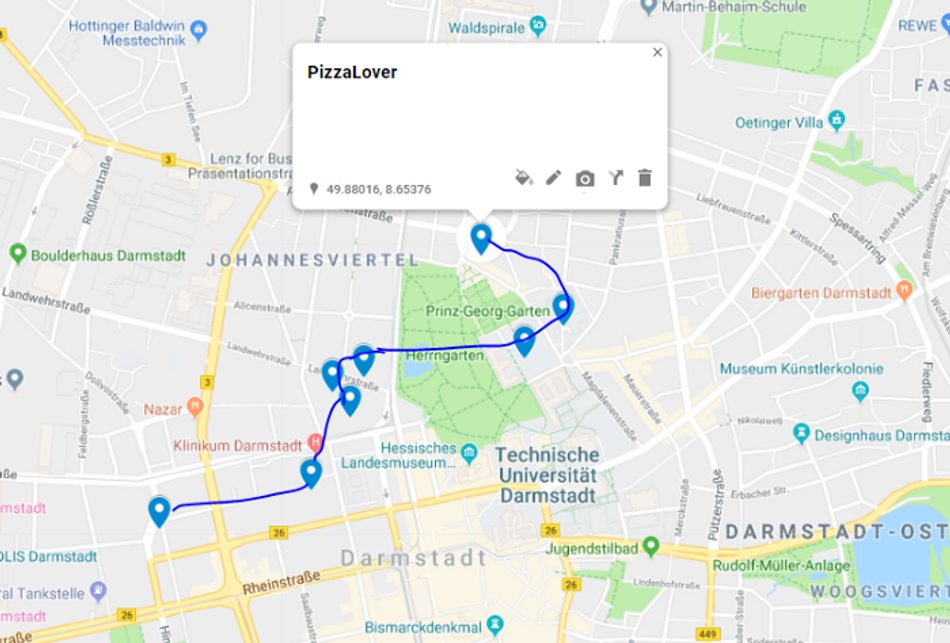 Pizza Delivery Map: Fixed-Wings Can Not Fly This Pattern Easily

Multicopters win greatly in this aspect. They can hover over target and drop their payload(pizza) slowly without a risk of danger to civilian life and property. But fixed-wings will have to drop their pizza like conventional bombs while passing over target, with the chance of civilian casualties, property damages but damage to the dropped pizza is the worst in my eyes. Nobody wants to die by an airborne pizza or to eat damaged pizza. 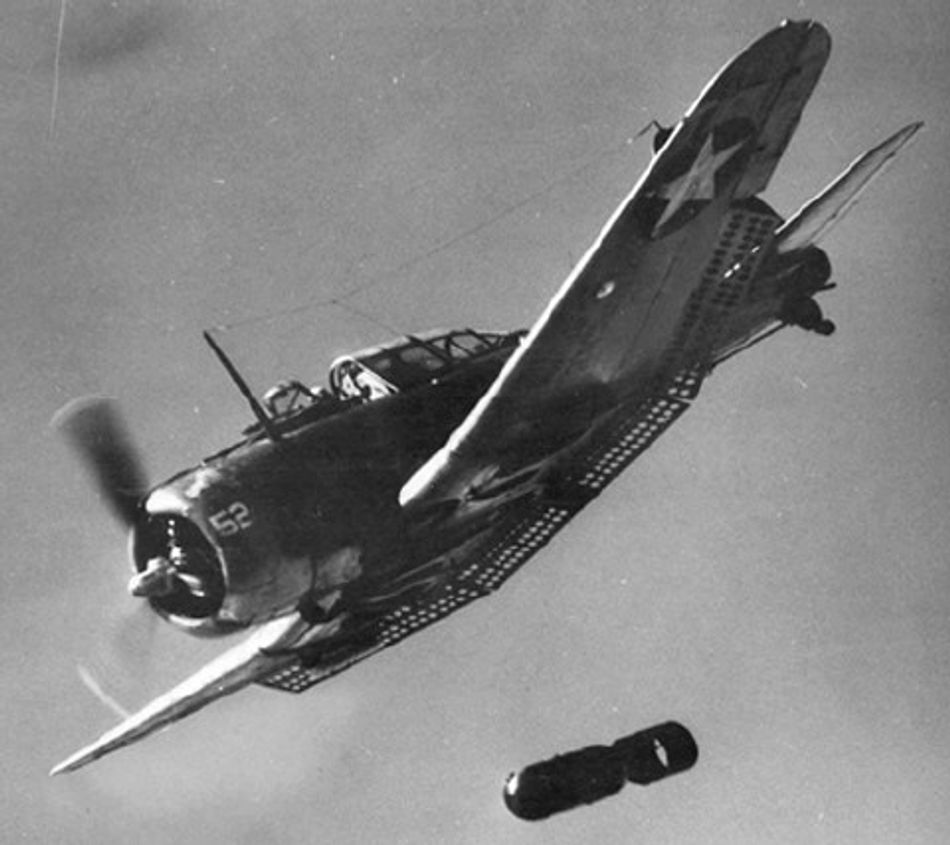 Imagine Pizza Instead of the Bomb

A little optimization for fixed wings would be pizzas being dropped from different wings in alternating order(left->right->left->right…). According to Mr. Agca this is also would not be enough;

Dropping payload from one side will disrupt the roll balance of the fixed-wing aircraft at that moment. It would create more problems in addition to the shift in the center of weight.

Aerodynamic Effects of the Pizza Payload

In my assumptions, I said that multicopter will carry its pizza payload at the bottom of its center of weight. Fixed-wing will carry payloads under their wings, half under the left wing and half under the right wing. Of course there might be fixed-wing drone model that imitates cargo planes, carrying their payloads inside them but those kinds would be greatly expensive that it would not be cost-effective to use them in pizza carrying business. So we are stuck with pizzas under the wings.

Both multicopter and fixed-wing drones mainly fly according to the same principle. Higher density air provides more pressure on the bottom of the wings and lower density air provides less pressure on the top of the wing, creating upwards force. Multicopter pizza payload can be placed in a manner not to disrupt airflow or change effective wing profile. But fixed-wings are not that lucky. Pizzas placed under the wing will change the significant portion of the wing profile, disrupting the airflow and possibly prevent efficient flight. Let’s see how airflow roughly looks like for both payload scenario. Check the simulation at the start of this article to compare payload’ s effect on aerodynamics.

As you can see, some portion of the wings will not have meaningful volume of air. So there will be even less pressure under the wing, resulting in net downwards force probably(I would welcome the critisizm especially in this guesstimation), preventing flight.

There is also another effect of pizza payload on fixed-wing aircraft. Such a volume of payload with no aerodynamic advantaged shape will cause another problem, according to Mr. Agca;

Not only payload would reduce lift force, it would also increase drag force. Energy expenditure would be greater.

I humbly thank Mr. Ahmet Agca for his valueable input.

After graduating from Mersin High School of Science, I attended to Hacettepe University Computer Engineering program. In June 2015, I graduated as honorary student with 3.14 GPA. During my education , I enjoyed concepts of Embedded Systems, and Computer Networks. In my spare time, I developed proje... learn more

The biggest mystery in the Universe could possibly be right here on Earth. According to the National Oceanic and Atmospheric Administration (NOAA) as much as 95% of the oceans and 99% of the ocean floor has yet to be explored.