Photo by Clay Banks on Unsplash

Researchers in the Combat Capabilities Development Command Army Research Laboratory are working to develop a drone with the ability to morph while in flight to better fit its mission — for example, shortening and lengthening the wing for efficiency and speed. To begin their work, they turned to the expertise of researchers at Texas A&M University for assistance with the complex analysis and design stage.

Tackling part of this first step, a team led by Dr. Darren Hartl, assistant professor in the Department of Aerospace Engineering, developed a novel fluid-structure interaction algorithm. This vital tool will provide the Army Research Laboratory’s researchers with a streamlined means to analyze the interaction between fluid and air flows and flexible or adaptable solid structures in their pursuit of a transforming drone.

“In aerospace, a really common problem that we have to consider is the interaction between fluid flows and the solid structure that your vehicle is comprised of,” said Hartl. “That analyzing of how the fluid pushes and deforms the structure and how the changing shape of the structure changes fluid flow in a simultaneous way is what is known as fluid structure interaction.”

Take an airplane for example.

Its design is largely based on aerodynamics and should stay stiff and not change shape mid-flight. However, if the wings were allowed to lengthen on longer, international flights, the design would need to go back to square one because the shape change alters how the air is flowing around the original design interacts with the actual physical structure of the plane.

Traditionally, fluid-structure interaction is analyzed by running individual fluid and structural codes one at a time, updating the pressure one increment at a time to see how it affects the structure and then updating the structural shape to see how it affects the pressure. This impacts the design process because if any aspect of the design is changed, the expensive fluid-structure interaction scheme has to be redone. This could take days of computation, going back and forth to find the sweet spot for design. 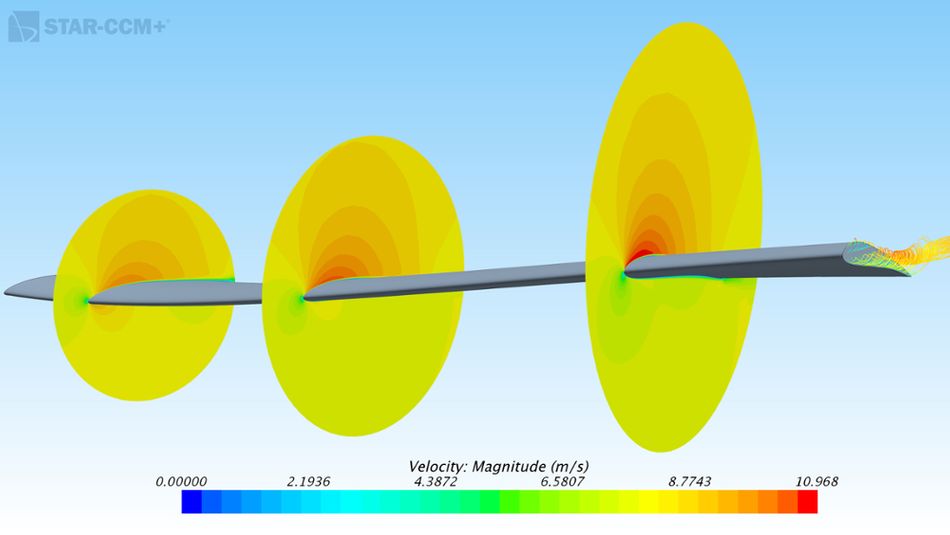 To fix this, Hartl and his team developed an algorithm that substantially cuts down the computational cost by simultaneously running analyses for various pressures and structure shapes, and then using mathematical tools to stitch together two matching solutions.

The ability to map the intersections of various pressure and structure points grants researchers the ability to design, redesign and morph their structures as they please without needing to constantly run additional analyses — cutting down the time it takes to produce this new design from days to a few runs. Hartl said the concept is exciting.

“I know that, up until this point, we’ve basically been unable to do serious design studies on morphing aircrafts because of this computational expense problem,” said Hartl. “Frankly, this is one reason why there's not a lot of morphing airplane solutions. The only way to have done this in the past was to design, build and test. And one primary problem with structures that can move is that wrong answers quickly lead to catastrophic failures.”

The team is comprised of collaborators from the U.S. Army's Combat Capabilities Development Command Army Research Laboratory and Texas A&M.

“This is an example of the potential of having Army Futures Command and the Army Research Laboratory integrated with Texas A&M,” said Hartl. “This algorithm and idea are only a couple years old, and their team was able to harvest it and use it because they were here. They were the first ones to hear and see about this new way of solving a problem and immediately began applying it to their work.”

To better understand the behavior of multiple sea turtle species along Florida’s Space Coast, Embry-Riddle Aeronautical University has teamed up with aviation leader Northrop Grumman and the Brevard Zoo to launch a drone-based surveillance effort.