As a part of the Wevolver Student & Researcher Communication Program 2021, tech-enthusiasts from all the disciplines of engineering were invited to share a description of the projects they are working on. The submissions were evaluated based on their understandability, trustworthiness, objectivity, clarity, relevance and innovativeness. 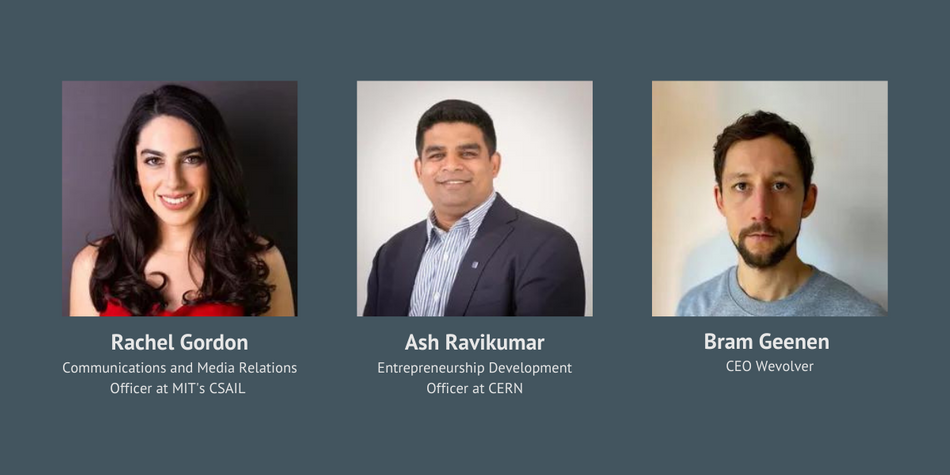 Rachel holds a bachelors in International relations and is currently working with Computer Science and Artificial Intelligence Laboratory (CSAIL), Massachusetts Institute of Technology (MIT), as a Communications & Media Relations Officer. Ash is in charge of the Business Incubation Centre (BIC) at the European Council for Nuclear Research (CERN). The goal of BIC is to cultivate a culture of entrepreneurship. Bram is the CEO and Co-founder of Wevolver, an award-winning one of a kind platform dedicated to sharing knowledge and creating networking opportunities.

The best article submissions were featured on the Wevolver website and social media handles with 650,000+ followers from the engineering community. In addition to that, all the teams that got featured on Wevolver stood a chance to receive a grant of $1,000.

We are pleased to announce team Forze Hydrogen Racing as the winner of the Wevolver Engineering Student & Researcher Communication Program 2021. 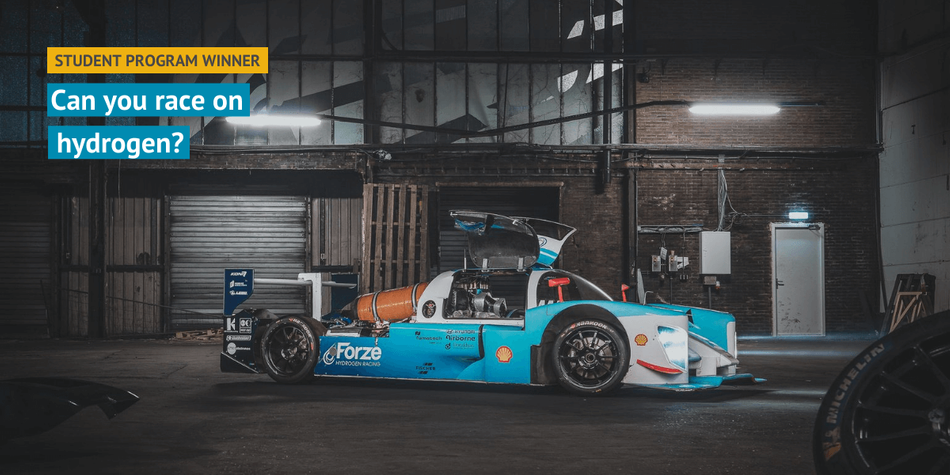 The ability of hydrogen vehicles to produce only water as a residue has made them practically zero-emission transportation systems. Fuel cell-powered hydrogen cars have the characteristics of both conventional vehicles based on Internal Combustion Engines (ICE) and battery-powered electric vehicles.

Since its inception in 2007, the Forze Hydrogen team from Delft University of Technology (TU Delft) has flourished from building proof-of-concept go-karts to F1 cars capable of outrunning their conventional counterparts.

As of 2021, the team has built eight hydrogen racing vehicles that have broken many official and unofficial world records. They are currently working on Forze Hydrogen IX, the successor that will carry forward the legacy of revolutionary hydrogen racing cars. 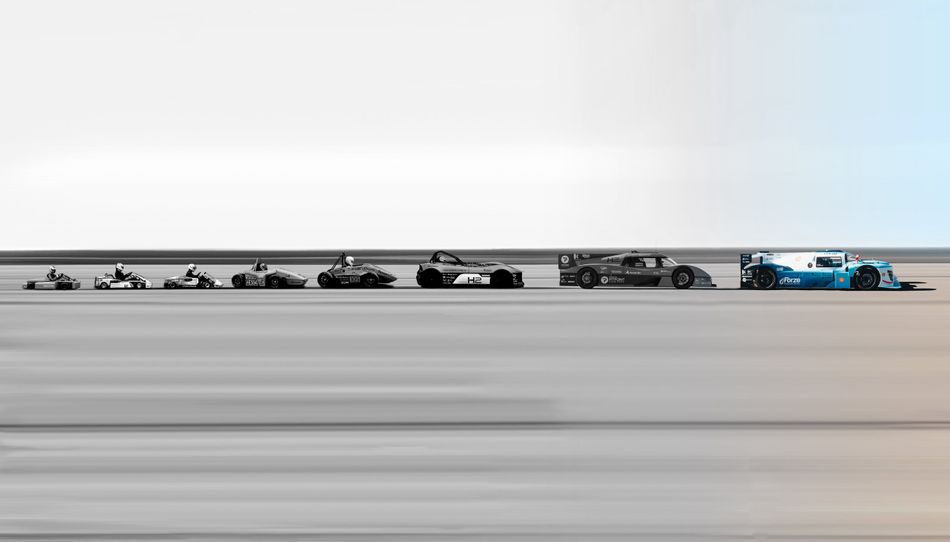 Rachel shares her views about the team’s progress, stating that “Forze has the strongest proof of concept, with relevant research in cleaner energy for the potential for wide-adoption”.

Ash too, was greatly impressed by the project and the write-up. Talking about the winning team’s project, he adds, “Definitely a better alternative to EVs. Great tech and a great description of what they have built.”

Forze Hydrogen cars competing head to head with petrol vehicles and beating them in the races has undoubtedly proved the feasibility of using sustainable technology in commercial vehicles. Eventually, all cars, including those used in races, will have to leave the conventional hydrocarbon fuel engines and shift to sustainable energy sources.

Hydrogen cars come with zero emissions, quick refuelling and a high travelling range but the high cost of hydrogen and limited availability of refilling stations remains a key challenge for present-day hydrogen vehicle buyers. Things are expected to improve significantly as the technology is adopted by more people.

Owing to the outstanding innovativeness of ideas and massive participation by the teams, we decided to extend the list of winners to include two special projects that showcase incredible potential.

The concept of the hyperloop seems to bring the greatest leap in the transportation infrastructure in centuries. The idea revolves around electrically propelling a levitating pod inside a vacuum tube to transport passengers and products at high speed. Since the energy losses due to friction and air resistance are eliminated, the pod can possibly move at a speed equivalent to aeroplanes.

A team of 35 students from the TU Delft is working towards building a climate-neutral and scalable hyperloop system to showcase the possibility of using it as a mainstream way of transportation someday. 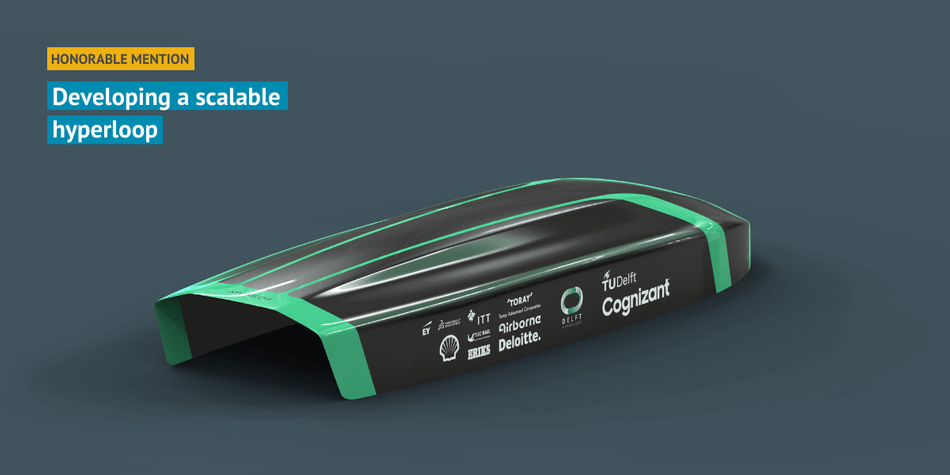 Render of the Delft Hyperloop Pod

The Dutch team’s levitating system caught Ash’s attention. He mentions, “There are a few teams working on different parts (of the hyperloop), and there will be an amalgamation of best concepts. The dutch team's levitating system is very interesting”.

Rachel finds the Delft Hyperloop the most fantastical one and goes on to say, “It has been a fantasy that the US has struggled to integrate into infrastructure, but remains a hot topic as it has yet to be brought to reality”.

As perfectly pointed out by Rachel, the concept may seem like something right out of a Sci-Fi movie presently; but who knows, it is quite possible that the technology might just be at the cusp of becoming a reality.

Read more on the topic by visiting the article: Developing A Scalable Hyperloop.

Soft robotics is a field that involves developing robots with adaptable structures instead of rigid joints for working in unstructured environments. Diego Higueras-Ruiz, a PhD student with the advising of Michael Shafer and Heidi Feigenbaum from Northern Arizona University, made some promising advances in the domain with this project.

Instead of using Twisted and Coiled Polymer Actuators (TCPA), the researcher used twisted and coiled tubes with liquid for the actuation process. The efficiency of the actuator developed is estimated to be up to 45% as opposed to approximately 2% for TCPA. 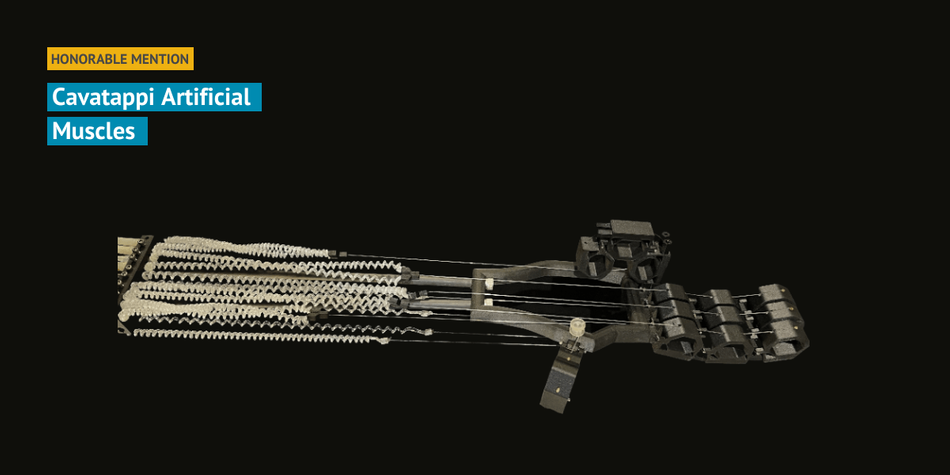 A robotic hand made with Cavatappi Artificial Muscles

When asked about the Cavatappi Artificial Muscles project, Rachel said, “It felt like something I would see coming out of CSAIL, and is a part of the ever-present quest of making machines more limber and flexible”.

Ash found the use of low-cost actuators innovative. He states that “Simpler engineering is often more complex”.

Diego mentions in his article: Cavatappi artificial muscles could allow robots to move like humans that his work on the technology is available for licensing.

Wevolver congratulates all the winners and the participants for their well-deserved success. We will be back with the Wevolver Engineering Student & Researcher Communication Program next year, where we hope to see many more teams participating to showcase their projects to the vast engineering community.

You can check out all the articles tagged with the Student Researcher Program to know about other exciting projects that were a part of this year’s competition.

Interview with Sanjay Dastoor, founder of Boosted and Skip