The article featured on the cover of Advanced Materials Interfaces. Illustration by Ivan Pustovit, ITMO's Faculty of Physics

With the rapid data growth comes the issue of its storage. Year after year, the volume of information increases by leaps and bounds while solid-state drivers remain the most common way to store digital files. However, even though hard drivers are becoming more sustainable and compact, physical books still take up entire buildings. One of the possible solutions was proposed by students and researchers from ITMO University, the King Abdullah University of Science and Technology, and the Nikolaev Institute of Inorganic Chemistry who demonstrated that large datasets can be stored using metal-organic nanometer plates.

How to get a library-on-a-chip

There are two main ways of storing and recording data on solid-state drivers. While the first method is considered traditional and applied in most everyday cases (e.g. PCs), the second is more unorthodox and relies on the position of atoms on a substrate at extremely low temperatures. This method offers a high resolution and a recording density three times greater compared to that of contemporary hard drivers. For instance, such memory devices can store up to 502 terabits per square inch.

Scientists have now shown that metal-organic frameworks (MOFs) and atomic force microscopy can provide greater density and writing and reading capacities even at room temperature. Unlike the atom-based model, the proposed method has a better chance of succeeding.

“This study is a follow-up to my Master’s thesis, which has turned into a full-fledged article. Its aim was to explore the possible practical use of the existing metal-organic frameworks. We wanted to demonstrate that nanoscale layers of metal-organic frameworks could be used to store and record a massive amount of data on relatively small surfaces,” comments Pavel Alekseevskiy, a co-author of the paper and PhD student at ITMO’s Faculty of Physics.

How to record and read data at the nanoscale

The scientists employed an ultra-fine needle attached to an atomic force microscope – a cantilever – to deform a specially-made MOF sheet. Depending on the applied method, data could be coded with dots or small grooves.

Scanning was performed using a semi-contact mode and the same cantilever. The needle vibrates near the surface of the sample, using oscillations to gauge its topography. That way, the sample itself is not damaged during use, as usually happens with, for instance, vinyl records.

So far, the diameter of surface deformations is limited by the size of the cantilever’s tip (25 nm in diameter). For the purpose of the study, the scientists chose a silicon probe because it is more stable compared to a metal-organic sheet and does not destroy the sample’s surface. At the same time, the high porosity and flexibility of the used MOFs allow the researchers to reduce the fragility of the material and to achieve modification’s depth smaller in size than the thickness of a framework's monolayer (0.4 nm).

“At this stage, we have only demonstrated the concept and the possibility of recording and storing data on MOF’s surfaces. Although the lithography technique offers greater benefits from an industrial perspective due to its simplicity and recording speeds. However, the applicability of metal-organic frameworks data devices produced by the industrial setups requires further research,” notes Pavel Alekseevskiy. 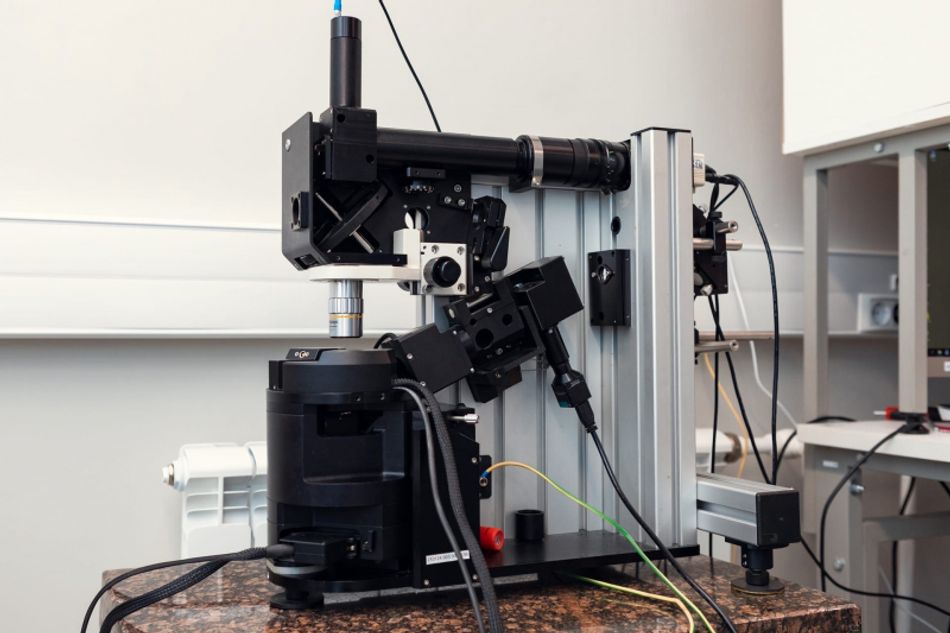 How MOFs can increase data density

Metal-organic frameworks (MOFs) represent a new class of organic-inorganic artificial materials in the form of porous crystals. During the research, the authors of the article used a specially designed framework made up of zinc ions and organic molecules containing urotropine. The design and synthesis of the MOFs were performed by scientists from the King Abdullah University of Science and Technology and the Nikolaev Institute of Inorganic Chemistry.

The nanoscale MOF layers were obtained with the use of ultrasound. The crystals of the 2D frameworks resemble a layer cake in structure. The bonds inside its horizontal layers are much stronger than those between the layers. During the process, the latter are destroyed by radiation. After the procedure, the obtained layer needs to be smoothed over. Otherwise, it will be impossible to discern between natural and man-made engravings as the deformations caused by a tiny needle will be indistinguishable from the material’s natural roughness. Following this process, the resulting technology is capable of recording data with a density of 0.1 terabytes per square inch.

Although the stability of nanometer MOFs is yet to be studied completely, the preliminary results indicate that nanolayers remain functional over sufficiently long periods of time. 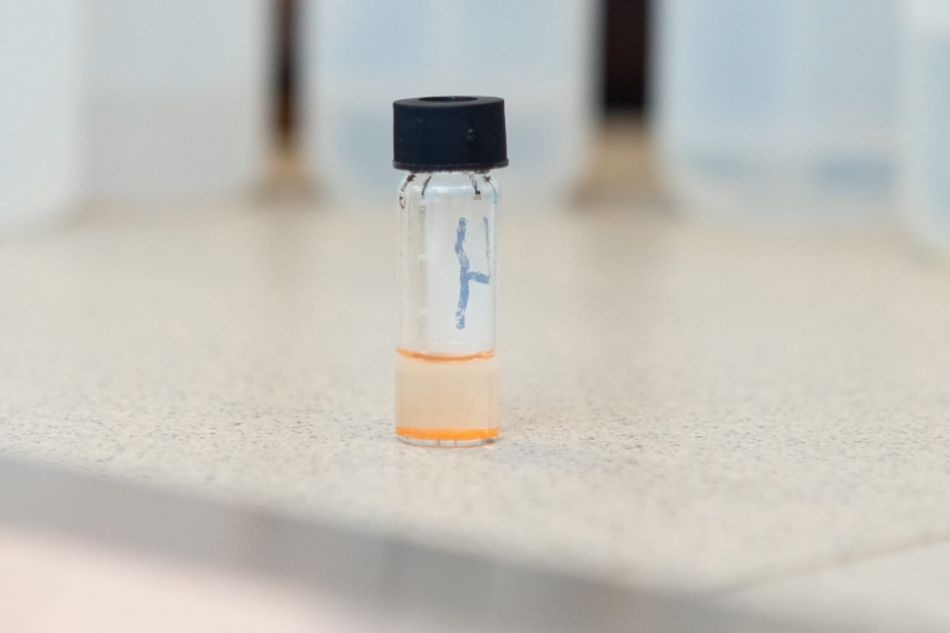 “The majority of MOFs are sensitive to rapid changes in humidity and temperature, which limits the scope of their possible application. Despite the existing material flaws, we managed to develop a framework that maintains its functional properties under normal atmospheric conditions for a year. All in all, since MOFs are the products of chemical engineering, they can be designed specifically to meet certain performance requirements,” explains Pavel Alekseevskiy.