It’s getting started. The TUM team holds their breath as LARSS comes to life. The six-wheeled rover stands on a small platform next to the summit station of the Pilatus cable car 2000 meters above sea level.

At the command of the operator sitting in the control room in the Swiss Museum of Transport in Lucerne, the sun shield opens. A large 46 x 46 cm lens appears, linked flexibly to the rover via two round rails. With a quiet whirring sound, electric motors align the lens precisely with the sun.

A blindingly white patch of light appears on the sand below the rover. The students quickly don dark glasses. The sunlight focused by the lens is bright enough to damage human eyes. Within seconds, the sand reaches a temperature between 800° and 1000° Celsius. Grain boundaries dissolve as the sintering process begins.

As the beam moves to the next point, the previous spot cools off and hardens. Point by point, LARSS – short for Lunar Automated Rover for Solar Sintering – produces a thin line of hard, sintered material in the sand.

The TUM team watches attentively as LARSS goes about its work: “It’s the first time a mobile rover has been equipped with optics for sintering purposes,” explains Laura Bauer. “Of course it’s cool to be part of a team that develops an entirely new technology. But the decisive thing isn’t so much the outcome as how we got there. During my physics studies I have learned a lot about the properties of matter and materials. But it was all highly theoretical. Here it’s about the applications. You see that something works. That is a huge motivator.” 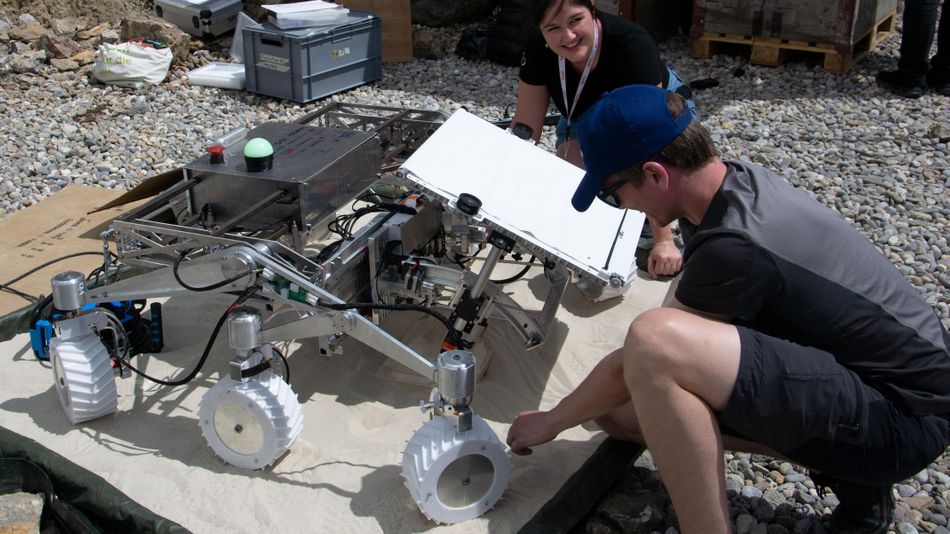 Settlement on the moon

The team from the WARR – the Scientific Workgroup for Rocketry and Spaceflight at the Technical University of Munich – spent a year on the project. Their goal: to take part in the IGLUNA 2021 field campaign of the Swiss Space Innovation initiative, with the motto “Space habitat with remote operations”.

Students from all over the world were invited to contribute ideas for the future of space exploration and ways to improve life on Earth.  “We had just watched an ESA video showing how a “Moon Village” might look. That was our inspiration,” recalls project leader Michael Ebnicher.

But buildings on the Moon would need protection against meteor strikes. The students’ idea would be to cover them with Moon dust and turn it into a hard solid. The ESA had already demonstrated the feasibility of sintering with sunlight. But nobody had ever tried to combine the optical technology for sintering with a remote-controlled mobile platform that would move across surfaces to harden them.

With the concept for a remote-controlled rover for solar sintering, the WARR team – 35 students from more than 10 countries – gained a place among the top 12 applicants and was invited to take part in the IGLUNA field campaign from July 16 to 25 in Lucerne. 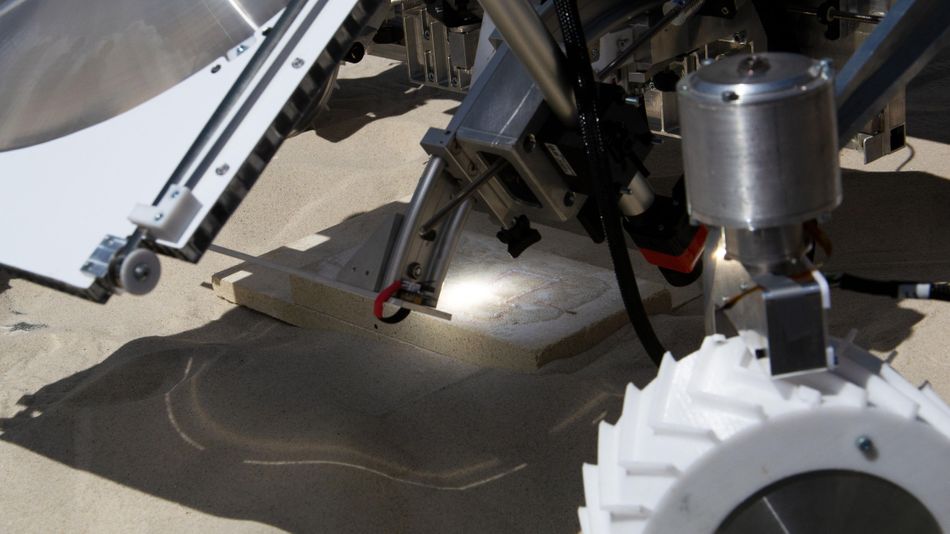 Glistening sunlight through the lens: The sintering process solidifies a rectangle in the sand. Image: Patrick Ulf Weiner

But first they had to build LARSS. “When realizing our concept, we had the support of an expert team from ESA and various aerospace companies. We got tips on project management, on how to learn from mistakes, and on how to anticipate and avoid breakdowns. That was a huge help and great preparation for the career world,” says Michael Ebnicher.

On July 14, the day before the start of the field campaign, LARSS was sent up Mount Pilatus by train to be put through its paces. The conditions – thin air, intense sunshine, and remote controlled operation with a 2.5 second time lag – were intended to emulate those on the Moon’s surface.

“We really thought we had remembered every last detail, but then it turned out that a circuit board was defective. One of our fellow students, who was coming a day later anyway, soldered a new board overnight and brought it with him,” says Ebnicher. “And because the weather was bad over the first few days, we didn’t miss anything. We just learned a lot.” 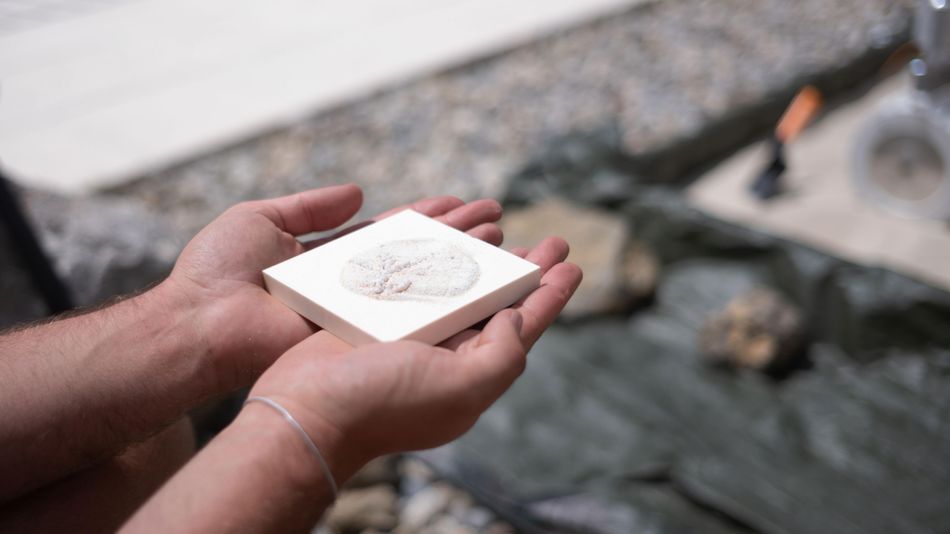 Taking off for the third dimension

Once the board is replaced, everything works: LARSS can use sunlight to sinter material.  One point after another. The points become lines, which are combined to yield a surface. “The razor-thin sintering layer is not ready for real-world applications. But it’s a start. And it proves that the technology works,” says Ebnicher.

To stabilize the subsurface, the area of the sintered layer would have to be larger and,
more importantly, three-dimensional. This would require the production of multiple layers, similar to 3D printing. In principle, the electrical engineer is confident that the mobile solar sintering technology would work: “Who knows. Maybe the ESA will adopt our technology and use it to build a Moon village. Then our idea would fly to the Moon one day. That would really be fantastic.”

Specialized on features, reportages, interviews, comments about science and technology