SpaceX uses supersonic retropropulsion to assist with reentry and landing of their Falcon 9 rockets, allowing their reuse. More research is needed to land larger and crewed spacecrafts on Mars with significantly less atmosphere. Photo credit: SpaceX

So far, we’ve only been landing robots on Mars smaller and way lighter than a Mini Cooper. So we can do that . . . But if we want to land something bigger like a crewed spacecraft, we can’t do that yet. . . Supersonic retropropulsion is our most promising technique to get there. – Recent A&A master’s graduate Charlie Yang

Going bigger than a Mini Cooper 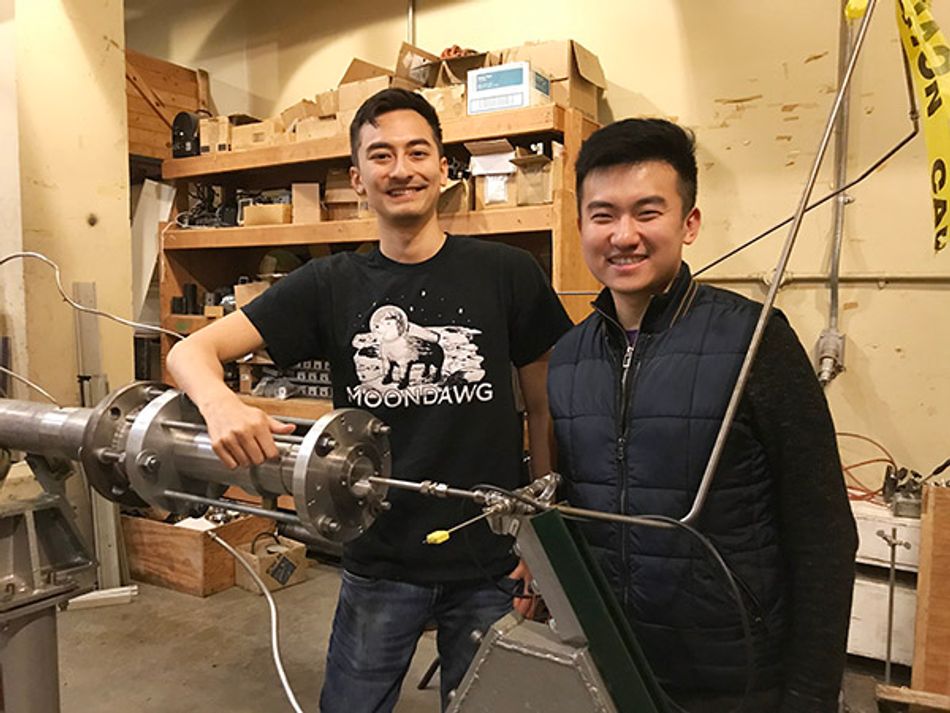 NASA has sent a number of landers and rovers to Mars, paving the way for a future of further exploration and possible larger-scale efforts of colonization and commercialization. One major challenge in landing a large craft is slowing it down from orbital speeds to a touchdown that will be gentle enough for its payload or humans to sustain.

Previous vehicles used parachutes, airbags and sky-cranes to safely land on the surface. But these technologies have reached their limits. Larger vehicles will be will be too heavy for aerodynamic drag to sufficiently slow the vehicle for these other technologies to be deployed. A new approach is needed.

As aeronautics and astronautics (A&A) recent master’s graduate Xiuqi “Charlie” Yang explains, “So far, we’ve only been landing robots on Mars smaller and way lighter than a Mini Cooper. So we can do that. The capsule will slow down to the point of using a supersonic parachute to land them. But if we want to land something bigger like a crewed spacecraft, we can’t do that yet. There’s not enough Martian atmosphere for a parachute to work. Supersonic retropropulsion is our most promising technique to get there.”

“We need new landing technologies that are relatively simple in concept, scalable, and made from conventional space hardware,” says A&A professor Owen Williams. His lab is researching one approach to this landing challenge: supersonic retropropulsion (SRP). SRP has been identified by NASA as a key entry, descent and landing technology for future Mars missions and for the reuse of rocket boosters back here on Earth.

Under SRP, the vehicle slows down from supersonic speeds by firing its engines into the oncoming high-speed flow. The challenge is that this procedure may cause the air around the spacecraft to become unstable, potentially destroying the mission.

Williams explains, “Depending on flow conditions and vehicle layout, instability in the shockwave structure and surrounding flow may lead to strong shaking or heating that can damage the vehicle or make it difficult to land precisely. Our ability to predict when this may occur is still in its infancy. We must be able to predict, avoid or compensate for this regime.”

Williams, Yang and Ho create a video using the schlieren camera that slows down sixteen milliseconds of footage to show changes in air density as three small supersonic jets meet the Mach 2 flow of the Ludweig tube, simulating supersonic retropropulsion.

Figuring out what configurations, conditions, and contours would create this instability is a challenge Williams and Yang are taking on with recent A&A master’s graduate Brenton Ho. In the lab, they can generate 16 milliseconds of supersonic flow using a small-scale Ludweig tube, a type of simple wind tunnel. This flow simulates conditions of a landing spacecraft that has reached the lower portions of the Martian atmosphere.

In the laboratory simulation, Williams, Yang, and Ho set up brief bursts of small supersonic flow that are opposed by small supersonic jets. Each burst lasts only 16 milliseconds, but the team can observe the influence of jet pressure and vehicle geometry on this unsteadiness using a schlieren high-speed camera.

As Yang explains, “Sixteen milliseconds of supersonic flow to the human perspective is a loud boom. The schlieren camera’s 75,000 frames per second captures fast changes in flow density such as those caused by moving shockwaves.”

Ho comments that one of the most impressive parts of this research was the rapid light source for the schlieren that Yang made himself. Says Ho, “Charlie found a circuit diagram in a published paper, made a prototype on a breadboard, figured out how to trigger the camera when the diaphragm is burst in our experiment with the entry of the flow, then designed the circuit into a printed circuit board to create rapid-fire bursts of LED light to illuminate the photo frames.”

Ho clarifies the research methodology,  “We are photographing and analyzing the flow fields resulting from SRP. The goal is to determine the sources and behavior of shockwave unsteadiness and suggest ways to mitigate it.” 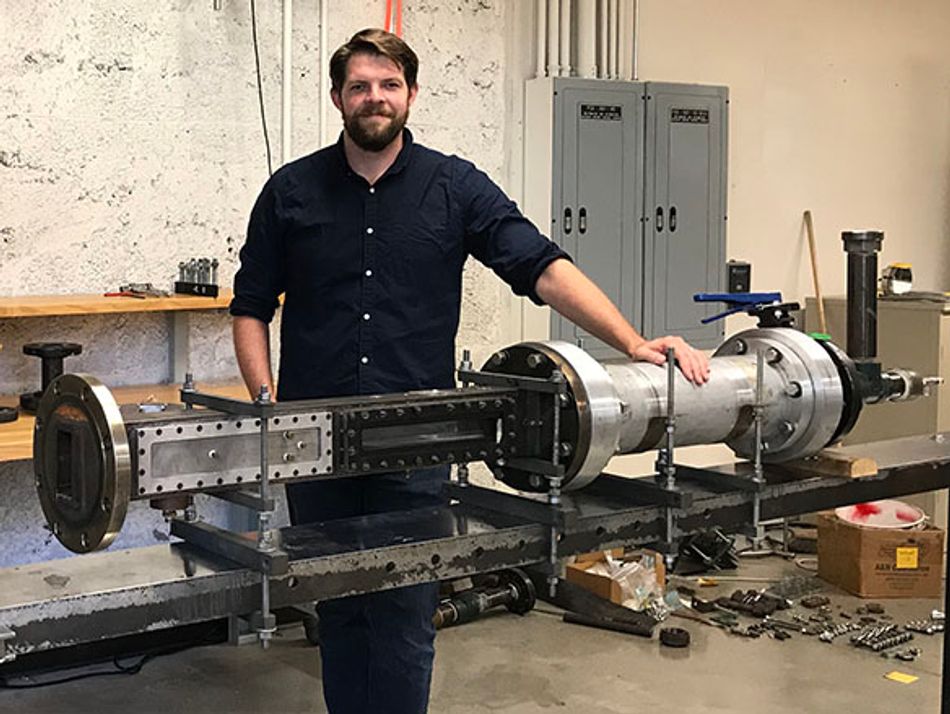 This new tiny wind tunnel will specialize in examinations of turbulence and SRP and will improve upon the Ludweig tube by expanding the test window from a fraction of a second to several minutes and allowing for direct measurement of the flow velocity.

Williams explains the UW advantage to this field of research, “The edge we have is that we’re looking at simplified spacecraft configurations. NASA and others are trying more complicated geometries representative of final vehicles. This is important, but we’re simplifying our tests to tease apart the influences of geometry and pressure  and to obtain some of the first quantitative data of these flows. We can make a significant contribution to the understanding of this frontrunner of new landing technologies.”

Start-up Founder, Design Researcher, Environmental NGO alum and former Ranch Hand with the flexibility to seek to understand context and complexity to deliver better results. I am well-versed in approaching world challenges from within an environmental NGO. I love creating targeted, specific, and f... learn more

The Red Planet rotorcraft will shift focus from proving flight is possible on Mars to demonstrating flight operations that future aerial craft could utilize.