The KI4LSA project looks to cut waiting times at traffic lights by deploying cameras and radar sensors linked to a DRL AI.

The growing volume of traffic on today’s roads is proving a source of multiple problems, from increasing numbers of accidents involving both vehicles and pedestrians to harmful air pollution — and even something as simple as making you late for your meeting or date.

Teams at the Fraunhofer Institute for Optronics, System Technologies and Image Exploitation IOSB — hereafter Fraunhofer IOSB-INA — working with companies and federal organizations in Germany believe that artificial intelligence could help solve at least some of these issues in a relatively straightforward manner: By optimizing the operation of traffic lights.

Fraunhofer IOSB-INA is working on two related projects, KI4LSA and KI4PED, which aim to tackle the issues from two perspectives: KI4LSA focuses on wheeled vehicles on the roads, while KI4PED aims at improving the safety and comfort of pedestrians at crossing points.

The KI4LSA project is based around the deployment of improved sensor systems: Rather than using embedded induction loop sensors which, the researchers behind the project claim, can provide only a rough idea of current traffic levels, KI4LSA seeks to deploy high-resolution cameras and radar sensors capable of counting the number of vehicles waiting at a given junction in real-time. 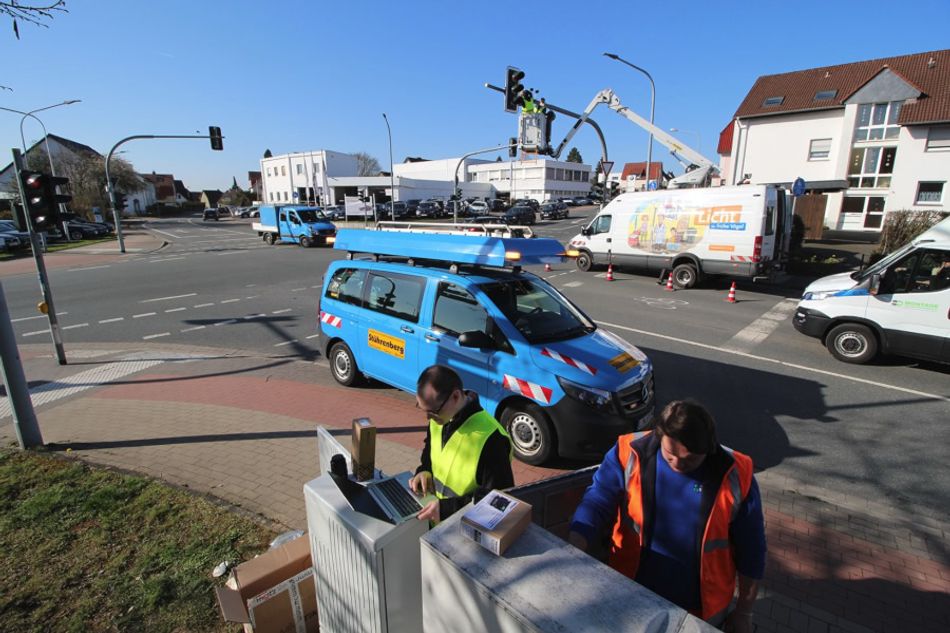 Fraunhofer IOSB-INA is working on deployment of camera and radar sensors to prove an AI-based traffic control system can reduce waiting times at intersections.

Data from these sensors are fed to a deep reinforcement learning (DRL) algorithm, which has been trained in such a way to calculate how best to control the traffic lights in order to reduce waiting times — which, in turn, lowers pollution levels, noise levels, and reduces journey times.

The concept has been proven in simulation: Using traffic data captured from a junction in the city of Lemgo, Germany, Fraunhofer IOSB-INA researchers were able to demonstrate a 10-15 per cent improvement in traffic flow — though further testing is required to see if the same gains will be found in the real world. 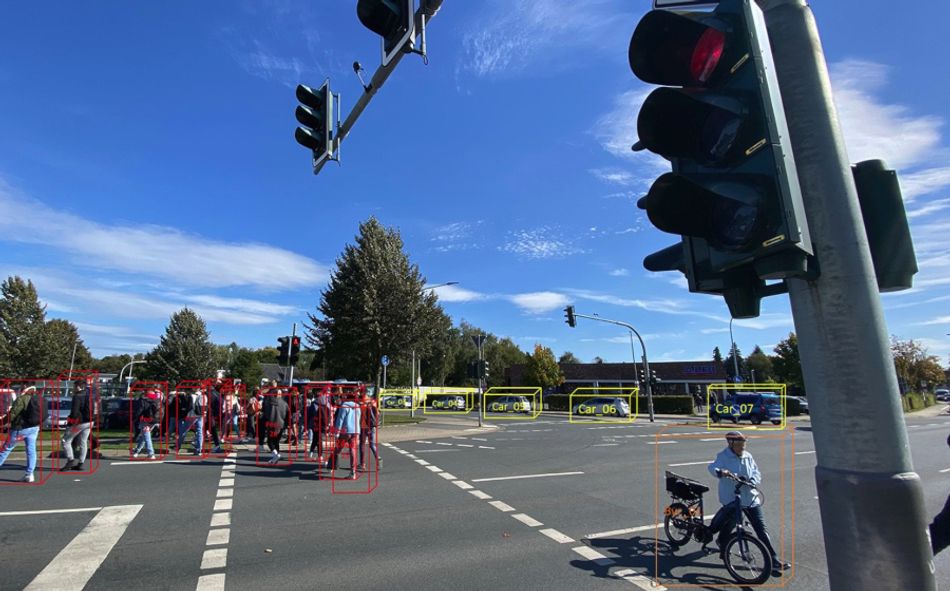 KI4PED, meanwhile, addresses another junction user: Pedestrians, in particular those who require additional time to safely cross a road. Rather than cameras, which the researchers rejected on privacy grounds, the KI4PED sensors are based on high-resolution LiDAR — capturing pedestrians waiting to cross the road as a three-dimensional point-cloud, from which there’s no easy way to infer their individual identities.

Feeding this data into another artificial intelligence system allows the lights to take into account the number and rough needs of pedestrians waiting to cross, adjusting the timing of the crossing accordingly. Once trained and deployed, the team behind KI4PED believes it could reduce waiting times for crowded crossings by up to 30 per cent and cut jaywalking incidents by around 25 per cent.

Both systems have yet to be tested in the real world. KI4LSA is to be deployed over the next few months, in order to see how the results of the simulation map to a real-world environment — and to prove that it can deliver increasing benefits when scaled from a single junction to a series of junctions.

“If this is successful, the effects of scaling up will be huge,” claims KI4LSA project manager Arthur Müller, of the platform’s potential. “Just think of the large number of traffic lights even in a small town like Lemgo.”

KI4PED, meanwhile, is at the feasibility study stage, with the team behind it determining the best locations to deploy the sensors and carrying out tests under varying light conditions to prove the sensors’ capabilities. 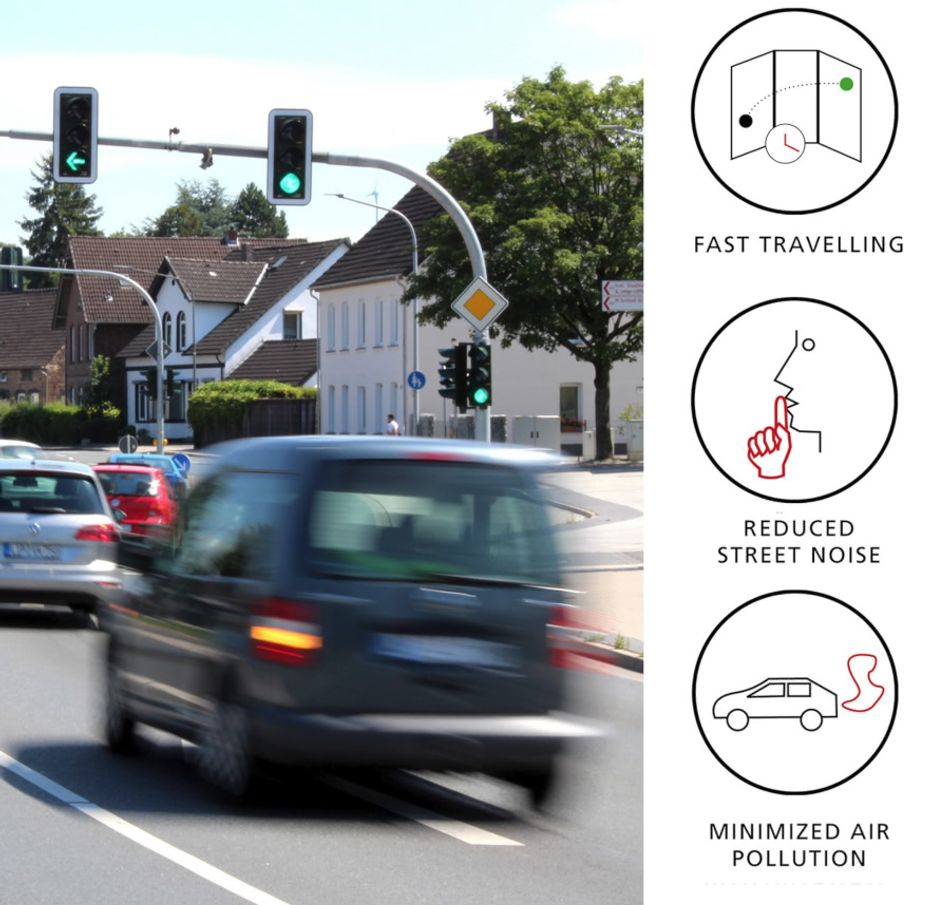 Fraunhofer’s projects are far from alone in turning machine learning to the problem of growing traffic volume. In 2020 researchers from Penn State’s College of Information Sciences and Technology demonstrated how reinforcement learning can optimize traffic at intersections, while a year later MIT used a deep-learning system to predict crashes before they happen — to say nothing of the potential impact of autonomous vehicles themselves, as proven in 2019 by a team from the University of Michigan.

Fraunhofer IOSB-INA is working on the projects with Stührenberg GmbH, Cichon Automatisierungstechnik GmbH, Stadtwerke Lemgo GmbH, the city of Lemgo, and Straßen.NRW. More information on KI4LSA is available on the project’s website; no site has yet been published for KI4PED.

Tech giants like Google, Microsoft, Amazon, and Facebook have declared their product strategies with the AI first approach.

Abruptly, I enter the cab escaping the arctic weather to confront something worse than freezing rain — body odor.