Researchers in Electrical and Computer Engineering are applying their experience and creativity to advance our ability to use quantum technology to improve secure communications, computation, information processing, and precision measurement.

Professors PC Ku and Duncan Steel are co-principal investigators at Michigan in the project, Two-Photon Quantum Photonic Logic Gates Enabled by Photonic Bound States, supported by the National Science Foundation and based at Washington University in St. Louis.

The researchers aim to create a novel approach to achieving a controlled-phase gate for two photonic qubits that can be implemented on a semiconductor platform. Their ultimate success will result in a significant step forward in realizing the full potential of quantum computation.

Single qubit operations have been achieved, but are not sufficient to exploit the potential computational power of quantum information processing. While two-qubit photonic logic gates have been proven theoretically, their implementation is not practical either financially or technically.

The researchers will exploit recent advances in the strongly correlated photon transport in quantum photonics, as well as the design, fabrication and characterization of quantum photonic devices and quantum dots.

“In technical terms, this work aims to create a photonic molecule between two photons (a photonic bound state) in a semiconductor platform,” explained Steel. “Ultimately, our goal is to realize high-fidelity deterministic two-qubit photonic controlled-phase (controlled-Z) gates, and to experimentally demonstrate the key gate functionalities in a solid-state chiral photonic systems.” 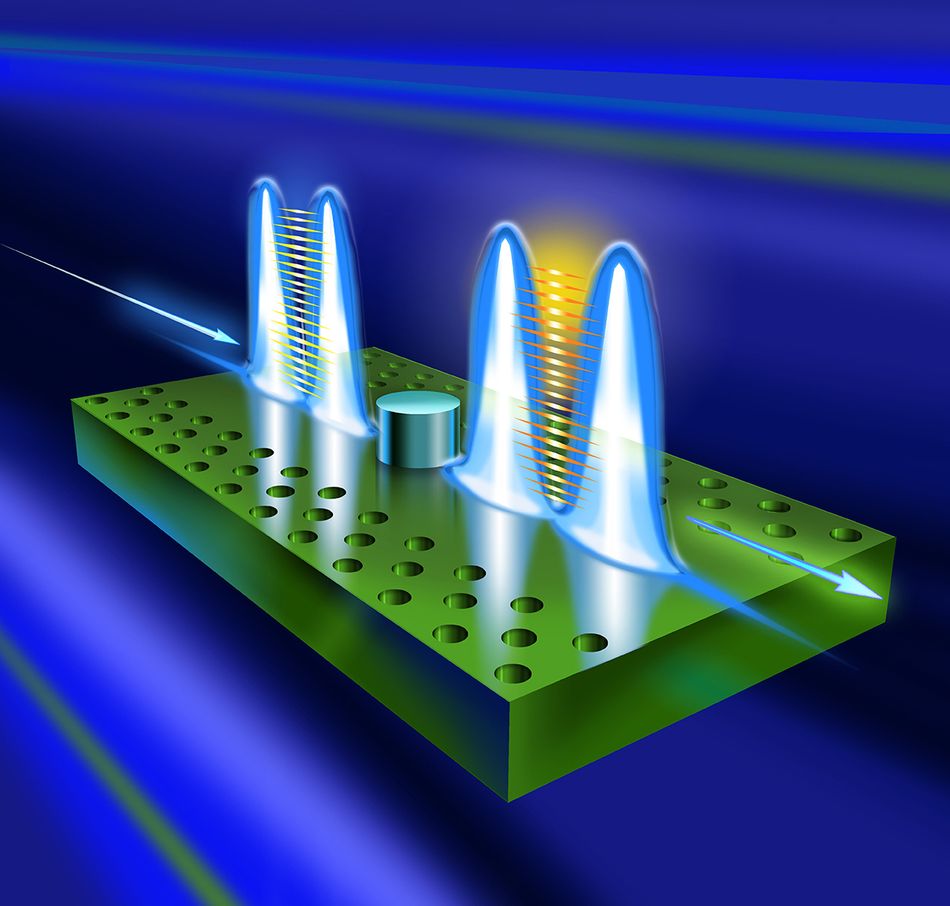 The Michigan team is well-positioned to meet NSF’s challenge.

Steel, Robert J. Hiller Professor of Engineering and professor of Electrical and Computer Engineering, has made several groundbreaking contributions to quantum processes. In 1998, he and his collaborators were the first to demonstrate coherent optical control of a single quantum dot. This work led to the idea that quantum dots could be used to build quantum computers (a quantum dot acts like a transistor in a conventional computer). In 2003, he demonstrated the first controlled NOT-gate in a semiconductor, achieved by all optical control in a semiconductor quantum dot without the need for attaching wires. This demonstrated the potential for coherent, optically driven quantum computing in scalable architectures. And in 2013, Steel and colleagues proved the mysterious phenomenon known as quantum entanglement, while also proving that the process is scalable.

According to Steel, in addition to the core contribution to quantum computing, a spin-off of this research could be a single shot spin readout capability for spin based computation, an alternative approach to storing and processing information.