Rachel Gordon (@rachelevagordon) is the communications and media coordinator at MIT, and balances her life between science and art, being both a full time writer at MIT, and an aspiring actress.

Over the past few months she has been sharing articles about the innovative research done at MIT CSAIL (@mit_csail) with the Wevolver community. We thought it was time to learn a bit more about Rachel, her work at MIT, and her passion for science and technology. Community member Gazifah Naqshbandi (@basicallybrain.py) jumped on the phone and talked with her.

Where did you passion for science come from?

My deep fascination with science stemmed from being very sick as a child. I became obsessed with trying to figure out what was malfunctioning. It sparked an interest in biology and all tentacles of science and medicine. This predated computer science, but opened up the realm of mysteries I wanted to solve that felt harmoniously complex yet straightforward. I draw the similarities between art and science as making meaning from abstractions, even though the results are vastly different. 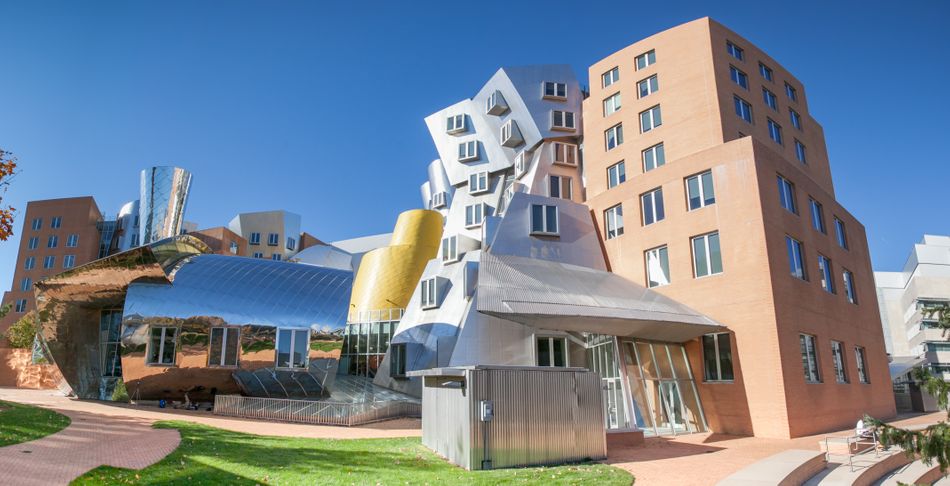 Rachel works at MIT CSAIL, which is housed in the Stata Center, designed by renowned architect Frank Gehry, whose other structures include the Guggenheim Museum in Bilbao and the Disney Concert Hall in Los Angeles.

What led you to start working communications at MIT?

Writing was my first love. It's the medium that underlies both of my passions in acting and science. It's the glue that brings everything together. As a child, I was constantly creating alternate universes while scribbling in colorful notebooks. It wasn't only an escape for me, but it was very much a way to express my emotions, which never came easily to me. As I got older, I was trying to refine those tools and I was naturally drawn to television journalism with a scientific focus. I first interned at Frontline and CBS News, and then I worked at the Schuster Institute for Investigative Journalism. After college I was hired as a field producer on a medical documentary for ABC News, and later I found my niche in academia and computer science.

What is it about scientific writing you like so much?

Finding creative ways to communicate these topics with society’s ever-shrinking attention spans and lust for instantaneousness is a critical challenge for keeping up with the cognitive revolution. If we want humanity and society to make informed decisions when they're voting, making choices about healthcare, or even entering data into an app, we need to be properly educated.

There’s a bit of a gap between how researchers describe what they’re creating and how it’s outwardly communicated. Where my job comes in, is figuring out how I can break down dense computer science topics in a way that’s readily digestible to the public.

One downside of globalization and the massive explosion of social media is that it’s magnified some of the more superficial and vacant values in society, making less space for things like science and medicine which are more nuanced.

It’s therefore especially energizing when you get feedback that someone who read your story or watched your video says that they’ve learned something. I think that's kind of the purpose of why we're all here, to help people; to leave the world a little bit better than we found it.

Can you tell us more about CSAIL.

CSAIL was born out of two MIT computing powerhouses: the Laboratory for Computer Science, and the Artificial Intelligence Lab (LCS). LCS was founded in 1963 as Project MAC, as an effort to make computers more accessible to all. At that time computers were these incredibly large pieces of hardware that only people with the deepest of pockets could use. Some of the time-sharing systems that the founders worked on were the Compatible Time-Sharing System and Multics, and these allowed users to share the resources of a single large computer.

The AI lab was founded as the AI Project in 1959, with a focus on things like new generations of micro-displays, developing bacterial robots and behavior-based robots, and a whole other host of other projects. When these two projects came together in 1963 as Project MAC, there was no formal computer science curriculum, and the founders of our lab were trying to figure out how to create one. 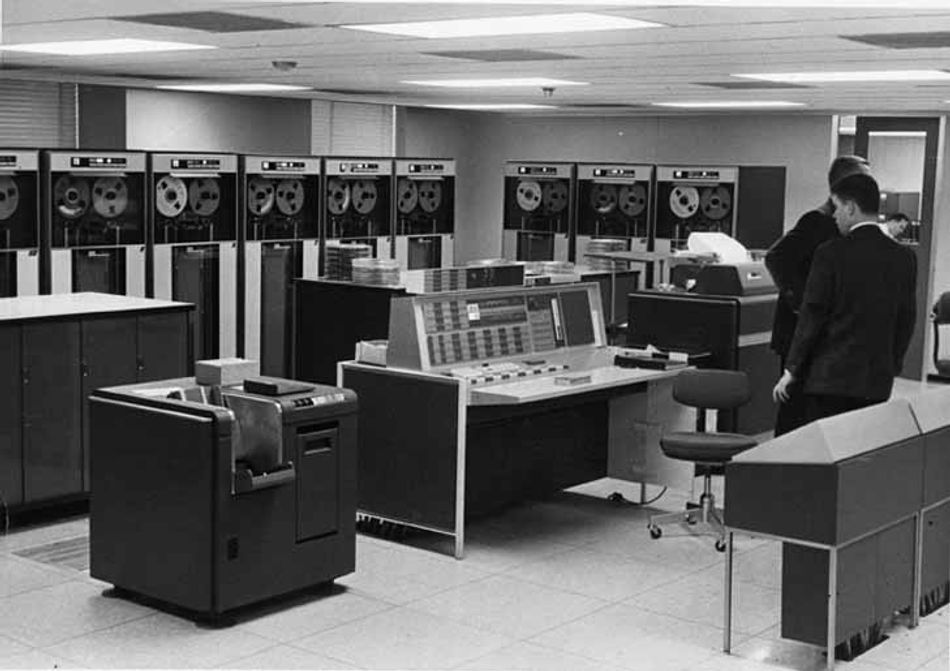 Their prescience on what the computer itself would do as an entity for humanity is the fuel that created this lab, which has just grown exponentially in terms of the breadth of topics that it covers, whether that's medical, financial, or artistic. I think the tentacles are very far-reaching and are just continuing to grow.

What does a normal day in your life working at MIT look like?

The foundation of the work that we do is writing articles, and creating news packages about the research that goes on in the lab. Whether that's computational biology, AI and robotics, 3D printing and networks, theoretical computer science, cyber security, or anything else under the umbrella of computer science.

There's no way to describe a typical day here because each day is different. A somewhat typical range of tasks involves researching a potential news topic, interviewing a principal investigator and lead author and then writing, filming, and photographing the research into a news package. We interact and pitch our stories to journalists to maximize exposure, and then track our metrics to assess viewership. 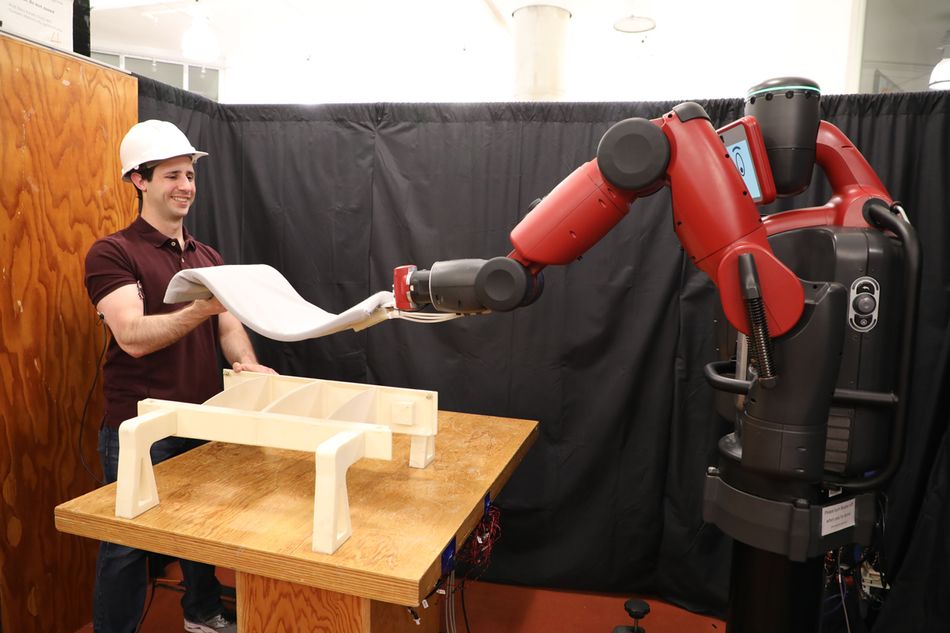 A recent project Rachel recently wrote about on discussing a robot helps you lift objects by looking at your biceps.

Recently, we've been trying to think outside the box of the typical news package, and we started a fun educational series where we interview PhD students and ask them various CS questions such as "How would you describe AI?", or "Describe programming in three words" or  "What's your favorite programming language?" It’s part of our broader effort to create more fun and diversified content.

What would you say are some highly sought-after skills?

I believe that every child should learn how to code because it teaches you how to think, but also that no one should limit themselves to a vacuum of technical skills. You can understand how to solve mathematical equations, build robots, or make the next Tesla car but if you don't know how to think creatively and analytically, then I don't think you'll necessarily succeed in this environment.

At the base level here, everyone is a technical savant - they can code in a million languages, many people already have built incredible systems, or they've interned and worked at top tech companies. I think what sets people apart here is knowing how to apply these skills in novel yet functional ways that no one has seen yet, which requires a well-rounded education. Draw on inspiration from different disciplines to maximize your specific craft.

Can you give us a general idea of the ratio between the projects that are still in the proof-of-concept stage, and projects that can directly lead to tangible market-ready solutions that people can use today?

One of the things that sets our lab apart and makes it different from industry is that our researchers aren't here to turn around a product in six months. They're working on anticipating problems ten, twenty years from now, from transportation and education, to disaster relief or medicine. And there's been many spin-offs in entrepreneurship, such as Boston Dynamics, iRobot, Dropbox, and Akamai, that have come out of the lab.

A lot of our work and research goes into studying and investigating technologies that power our devices and software systems. Dropbox was started by a grad student who realized, on a school bus, that he'd forgotten his USB drive, and out blossomed a service that allows millions of people to easily share files.

Technologies like RSA encryption which is used in online commerce, or Nimble VR, the sensorless hand-tracking company, and Skydio that makes hobbyist drones really speak to the value of our work here, and in figuring out how we can make something that will last, something will outlive us.

Are there any technologies that you think are going to be disruptive that most people don't know about yet?

Robots right now aren't much smarter than a three-year-old.The way media, and specifically science fiction sensationalizes robotics creates a lot of fear in society. The ways in which different industries prey on fear are boundless.

It's less about what specific technologies will be disruptive because a lot of these technologies already exist to an extent. There's in-home robotic systems like the Roomba, drones flying over dense forests and segmenting obstacles in space, and supercomputers processing 20 quadrillion calculations per second -information that the human brain isn't capable of handling. It will be how we adapt, how we work and benefit from these systems that will be the ultimate challenge.

What do you find the most interesting research that is being done currently?

One of the truest and most pure ways that we can help people is through medicine. While we ultimately can control moral evil -  for so many of us, physical illness and disease is something outside our realm of control. Using computer science to understand massive amounts of data, whether that's using Bayesian inference to better understand the microbiome, or using deep learning and predictive models to detect and diagnose breast cancer or cardiovascular disease, is how we can have the most profound impact -- by protecting human life.

You can read the articles Rachel has written for MIT here.