Most people might not know what the group YKK does, but they’ve certainly seen their logo on the zipper of their favorite winter coat. YKK Group, short for Yoshida Kogyo Kabushikikaisha, is a group of different manufacturing companies based out of Japan. The world’s largest producers of zippers, YKK also manufactures products much bigger than zippers, such as industrial machinery and architectural products.

YKK’s latest endeavor into the worlds of both industrial machinery and architectural products brings us to the group’s collaboration with Carnegie Mellon University, spearheaded by Kenji Shimada, a professor of mechanical engineering. The American branch of YKK is working with Shimada’s lab and team at the Computational Engineering and Robotics Laboratory (CERLAB).

Shimada and his team are currently working on a project creating robotic fenestration products for YKK. “Fenestration” refers to the process of installing windows in a building. Shimada explained that the goal is to create a robot that can install windows more efficiently than any human could. 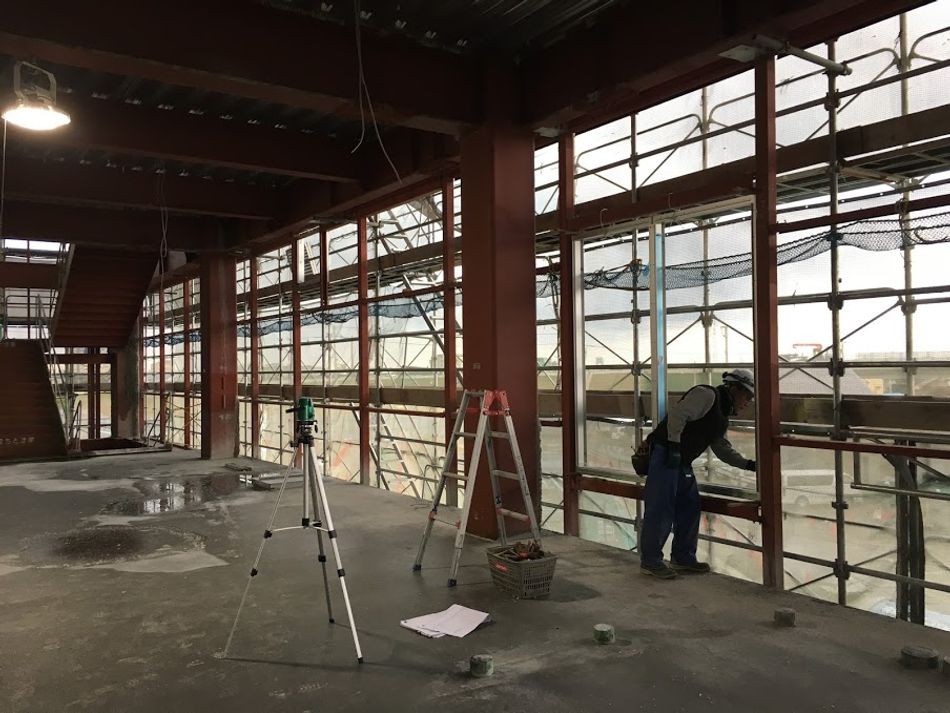 A worker gets a closer look at the YKK window installation construction site. Source: Kenji Shimada

“It is a pretty difficult task because the window has to be perfectly vertical and aligned to the dimension described in the architectural drawing,” Shimada said. “So, even for a human expert, it might take 15 or 20 minutes to just put the one window in the right position and orientation. So we are building a robot to do that. The target is five minutes.”

With the robotic automation of jobs typically performed by humans, including window installation and construction, comes the question of job security. Will robots take the jobs of people? In parts of the world, jobs in window installation are understaffed and that it is a dangerous job by nature. Many people, especially young people, are not interested in working in the dangerous fields of construction, and this robot allows for more efficiency and safety in the industry.

CMU and YKK are also collaborating on a second project creating a 3D sensor for window installation. This sensor is intended to make measuring and scaling a construction site easier.

Even for a human expert, it might take 15 or 20 minutes to just put one window in the right position and orientation. So we are building a robot to do that. The target is five minutes.

Shimada said that typically, experts will go into the site, take pictures, manually measure the distance between windows, and make sure that it matches the architectural drawing. But 3D sensing makes this process much simpler by using high-end laser scanners. The scanner Shimada is working on that takes millions of point clouds, which means the ray of the scanner is aimed at a wall, resulting in millions of measurable points.

Shimada recently had the opportunity to visit YKK’s construction sites and headquarters in Japan and found a surprising connection to his home here at Carnegie Mellon. Looking at an exhibit describing the life of YKK founder Tadao Yoshida, Shimada saw a photo of none other than Andrew Carnegie. Carnegie’s work influenced Yoshida’s, to the point where his photo was included in a timeline of his life.

“When Yoshia was 13, he read Andrew Carnegie’s biography,” Shimada said. “And that got imprinted in his head. So when he started a company and the company became successful, he used something he read in that book as a corporate guiding principle.”

For Shimada, finding this connection to Carnegie Mellon all the way in Japan was a surreal experience.

“And the funny thing is, nobody in the company told me about this connection. I discovered it by myself,” he said. “I found the company’s corporate philosophy was greatly influenced by Andrew Carnegie. They call it the Circle of Goodness.”

The robots of tomorrow will be able to both adapt to changes in their surroundings and learn new tasks.