Alongside more fuel-efficient engines and higher-aspect-ratio wings, weight reduction is regarded as the most important way to reduce fuel consumption in the air transport sector. In the case of aircraft wings, the possibilities for reducing weight while using conventional manufacturing techniques have been almost fully exploited. Since aircraft wings have to withstand high loads, they are built to be particularly mechanically stable. In the past, they were made of the lightweight metal aluminium; today, they are increasingly being manufactured using carbon-fibre reinforced composites. 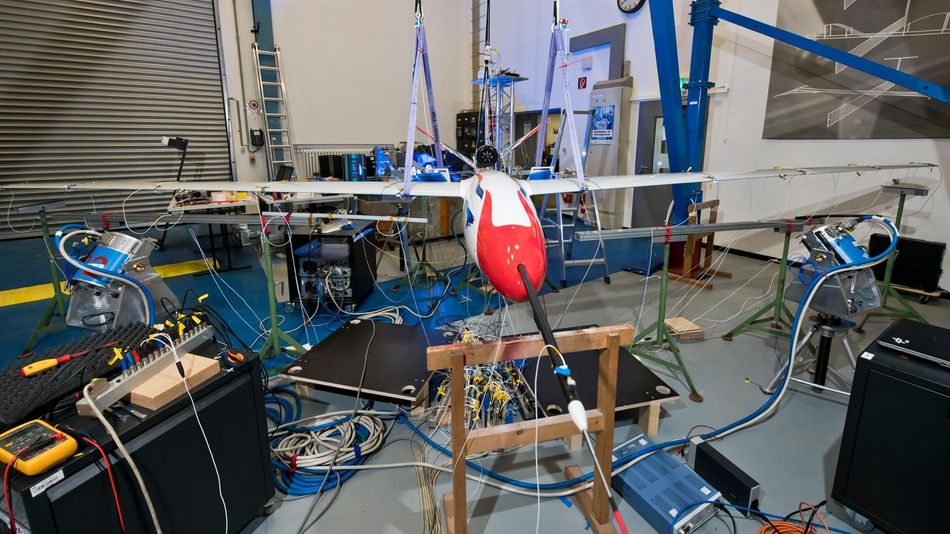 The EU FLEXOP project, in which research institutions from six nations have joined forces, has set itself the goal of investigating new possibilities in wing design. The researchers designed two different variants that promise weight reduction and built them together with a standard wing to use for comparison purposes. In order to investigate the effectiveness of the new wing designs, they have now been tested in what are referred to as ground vibration tests at the DLR Institute of Aeroelasticity in Göttingen.

The standard wing model was made using carbon-fibre reinforced composites and is based on the wing of a conventional commercial aircraft. The first innovative wing design is the 'flutter wing', designed by the Technical University of Munich. This wing is made of glass-fibre reinforced composites and is deliberately designed in such a way that it can enter the dangerous state of 'fluttering'. During aerodynamic flutter, in a behaviour similar to a flag flying in the wind, the oscillations caused by the airflow over the wing become stronger and stronger until a mechanical failure occurs. An innovative flight control system developed and designed by the DLR Institute of System Dynamics and Control in Oberpfaffenhofen is to prevent such a critical condition from occurring. 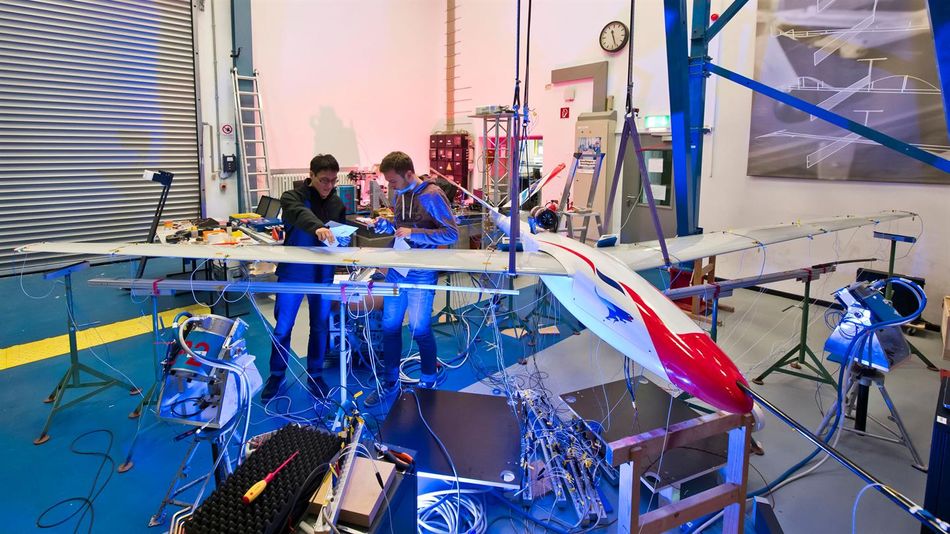 The outermost flaps on the trailing edge of the wing are controlled in such a way that they act as dampers. This allows the wing to be much lighter and to have a higher aspect ratio. "Active control significantly increases the possibilities for a much lighter design," says Gertjan Looye, coordinator of DLR's involvement in the project. A second flight control system is being developed by the Hungarian Academy of Sciences Institute of Computer Science and Control (MTA SZTAKI). Project Manager Bálint Vanek of MTA SZTAKI adds: "Such a wing could make it possible to transport 20 percent more freight or use seven percent less fuel."

The other wing design under test, the 'aeroelastic wing', was developed by the DLR Institute of Aeroelasticity together with the University of Delft. Although it is also constructed using carbon-fibre reinforced composites, it has special properties. "Under load, the new wing not only bends, it also twists much more extensively than today’s wings," says Yves Govers, DLR's Test Manager in Göttingen. As a result, the aeroelastic wing is able to avoid being subjected to the heaviest loads in flight and is as stable as the standard wing – although it is 20 percent lighter. This is made possible by a specially optimised and unconventional layer structure in the materials from which it is manufactured. 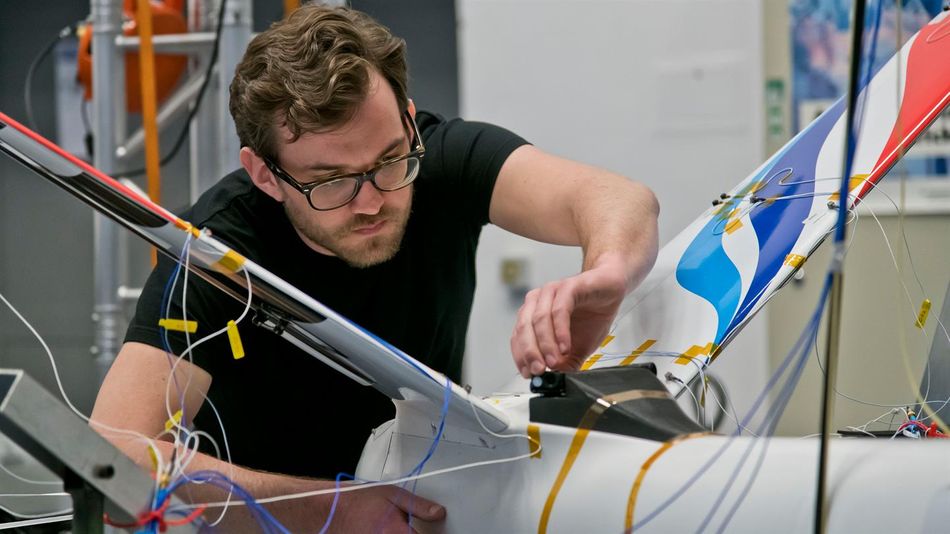 Jens Wucherpfennig has been enthusiastic about aerospace since childhood. Even before his studies of politics and history, he began to work as a journalist and was editor for several years. Since 2008, he has been working in the DLR communications department in Göttingen in his dream job: Here he c...