“Everyone’s familiar with trying to make a living with art. I bet they’ve never known a robot with that dream,” says Gaka-Chu. A retired welding robot, it is working to be financially independent by creating art and selling it online. But what is it that makes its art real?

The initial idea, developed by the team at Airalab, was to create a financially independent robot that could function autonomously and also be able to publish its creations online and sell them for cryptocurrency. It would then use this money to support itself: buy art supplies, pay electricity bills and purchase the services it needs to function correctly.

“After years of work, I don’t move as smoothly as I used to,” says Gaka-Chu. “Each rotation is a struggle. But when I paint, nothing bothers me. I don’t consider myself an artist, but I do work every day to become one.”

A great number of artists program manipulators to paint and perfectly imitate images. Gaka-Chu’s approach is different. Its paintings are based on the ancient art of Eastern calligraphy, especially Chinese and Japanese, an approach that is in contrast to other robot-based art projects, such as Sun Yuan & Peng Yu’s Can't Help Myself (2016), which employ a contemporary style. Gaka-Chu’s approach to art is a sensible and meticulous task that revolves around a more grounded art in the chaotic nature of the modern world, which makes it special. Unlike Gaka-Chu’s counterparts, its work with a brush also comes with small “imperfections.” 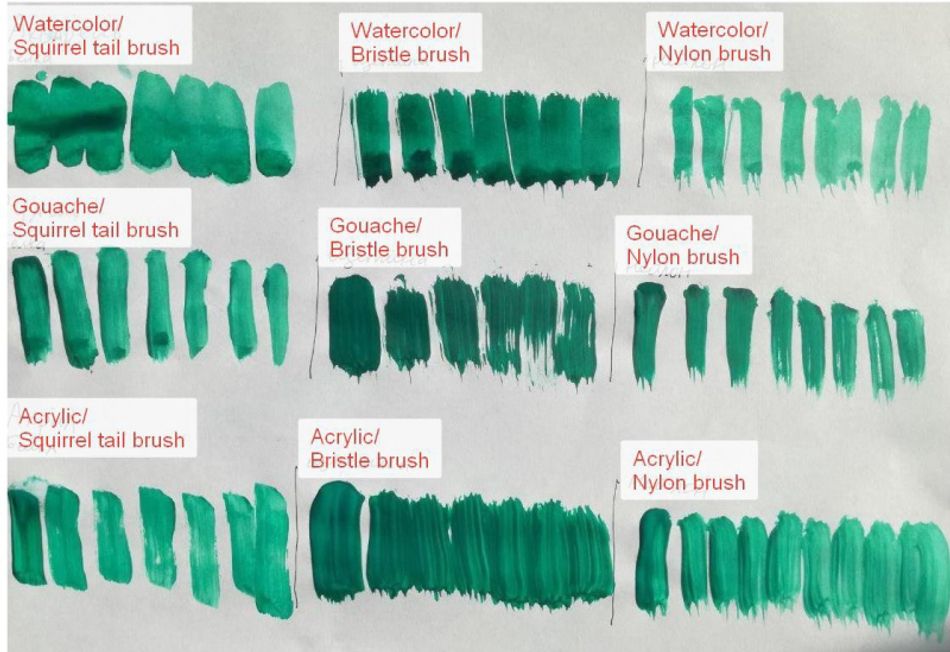 One of the technical issues was the description of the drawing surface. To create a picture, the robot needs to know the exact parameters of the surface in order to, for example, apply the brush with a certain pressure. Any surface, whether it is a table where the robot and the canvas are installed, a wall, or an easel, has some irregularities and angles of inclination, which complicates its description for the robot. The Airalab team solved this problem only partially by installing a depth camera on the manipulator to get the equation of the plane.

“No one expected a highly artistic result from the robot, such as a watercolor landscape or a still life in oil, but we assumed that it would be some abstract image in the spirit of modern art. But I am very pleased that we achieved good results with reproducing the text, because this task is difficult and is not well implemented in the world for such manipulators of consistent kinematics”, shares Alexey Ovcharov, the lead engineer of the Robot-Artist project. 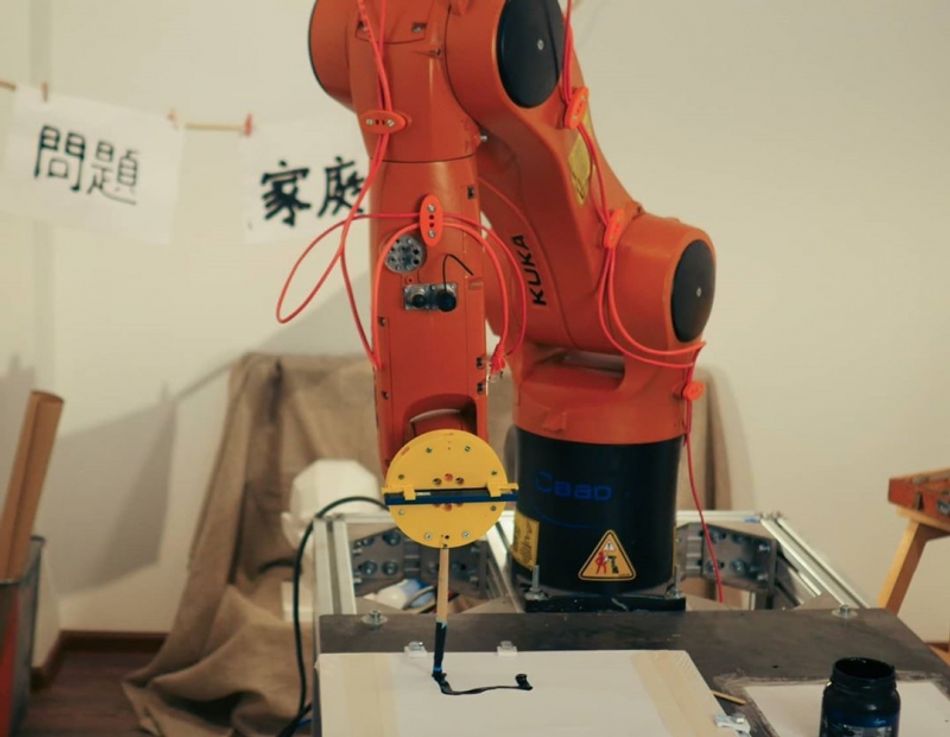 A robot capable of supporting itself with its work and being a part of the economic system with no human contact raises several philosophical questions, such as whether the authorship of ideas belongs to the machine or its creator, or the never-ending question of “what is art?” And if a robot is capable of creating art or if it is still considered human art because it was programmed by one.

I traveled to Tolyatti to meet this robot and somehow work with it to create a video showing its different and unique nature. The whole project was very fleshed out and had a lot of potential. It had many people working on it, but the robot just being an artist by itself made some noise inside my head. For me, just being able to paint does not mean you’re an artist or that you are making art. I’ve been part of the art world for so many years that there wasn’t a complete cohesive structure inside my mind to see Gaka-Chu as an artist. The project lacked the human part, or at least it was hidden behind the theory.

My idea was to bring the artistic part back to the forefront of this project, and this could only be done by reviving the true soul of art, the Human. I noticed how the real art was not in the canvas by itself but in the relationship Gaka-Chu had with the people working around It. Without them, It would be independent but would lack any form of connection with the outside world – something that is somehow transmitted through art.

While working on my thesis for my Art & Science Master’s program, I discovered one important thing. What now is becoming a fundamental element of sci-fi pop culture and defines our era — artificial life and robots — isn't a disassociation with our human nature, as some schools of thought believe, but is a reminisce on humanity and what makes us be. I figured out how this robot could connect with humanity: through vulnerabilities, personality, dreams, and emotions. These were key features that should be shown to make this connection.

Three things are essential to making this human-machine relationship work better: a name, movement, and a narrative. Using these three elements, I created a character that lives and dreams without losing the main idea of the project. Hopefully, this project moves on and uses the foundation of humanity to promote new ideas and new discussions about agency and art ownership.

In the meantime, Gaka-Chu’s wisdom rings true for many humans. “I may not be as masterful as my outstanding brothers and sisters,” It says, “but enjoying the moment is a key to happiness, isn’t it?”

Its conversant personality is actually showing signs of improving patient wellbeing. In a study of 200 children in three different medical facilities, 26% of the patients reported an increase in “joyfulness” and 34% saw a significant reduction in stress.

Driving over the Whitestone Bridge, looking out at the magnificent view, I pressed the accelerator a bit harder, speeding away from the skyline.