One out of two CHESS satellites

Designing a satellite and launching it into space is no run-of-the-mill project. Rather, it’s one that forever marks the early careers of the students who take part – just ask the EPFL students who designed the SwissCube, a 1U CubeSat (a small standardized unit measuring 10 cm x 10 cm) launched in 2009. Today, a new group of students, the EPFL Spacecraft Team, is taking on a new challenge. With the support of the EPFL Space Center (eSpace), they are developing a constellation of two satellites, called CHESS, that will be launched in two years. The team is currently seeking additional members and sponsors.

This ambitious project has already signed on six universities, three companies, 15 professors and 53 students.* The two satellites will work in concert; each one will be a 3U CubeSat bearing primary and secondary payloads. They will orbit at different altitudes – one will travel in a circular orbit at the low altitude of around 550 km, and the other will travel in an elliptic orbit at an altitude oscillating between 400 km and 1,000 km. The constellation will be launched in March 2023 and remain in flight for at least two years.

This project will give the students who participate each year a chance to learn about complicated space technology and gain experience working on a cross-disciplinary team. “It’s a way to learn the real-world skills required in our industry, like team management, coordination, communication and fundraising,” says Emmanuelle David, the deputy director of eSpace. “These are skills you can’t learn only from a book. And they will let the students become operational as soon as they start their first job or when and if they decide to start their own business.” 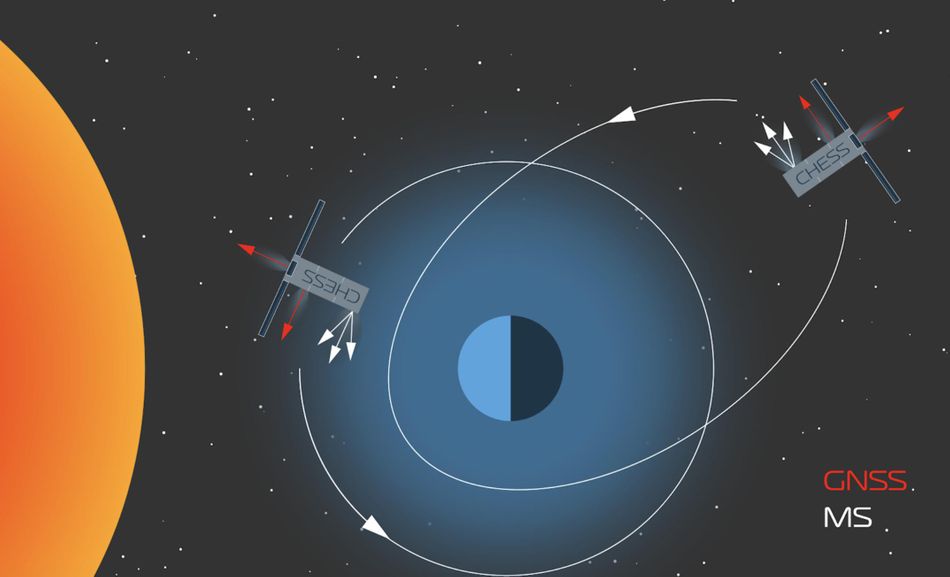 One satellite will be placed in a circular orbit at around 550 km, while the other will travel in an elliptic orbit between 400 km and 1,000 km. Understanding the exosphere’s chemistry

In addition to giving students valuable experience, the CHESS mission will have several other objectives. The first is scientific. As the two satellites orbit around the Earth, they will collect detailed information about the exosphere – the outermost layer of the atmosphere, starting at 400 km above the planet’s surface. Since the satellites will follow separate orbits, they will collect complementary spatial and temporal datasets.

“The last time this layer of the atmosphere was analyzed in detail was nearly 40 years ago,” says Dr. Rico Fausch, a physicist at the University of Bern’s Space Research & Planetary Sciences Department. “So these updated data will be very useful in helping us better understand the exosphere’s chemistry and how it has changed over time, especially in light of global warming. They will also let us check whether the upper layers of the atmosphere are indeed cooling as recent studies have suggested – which would be another direct consequence of the accumulation of greenhouse gases around our planet.” 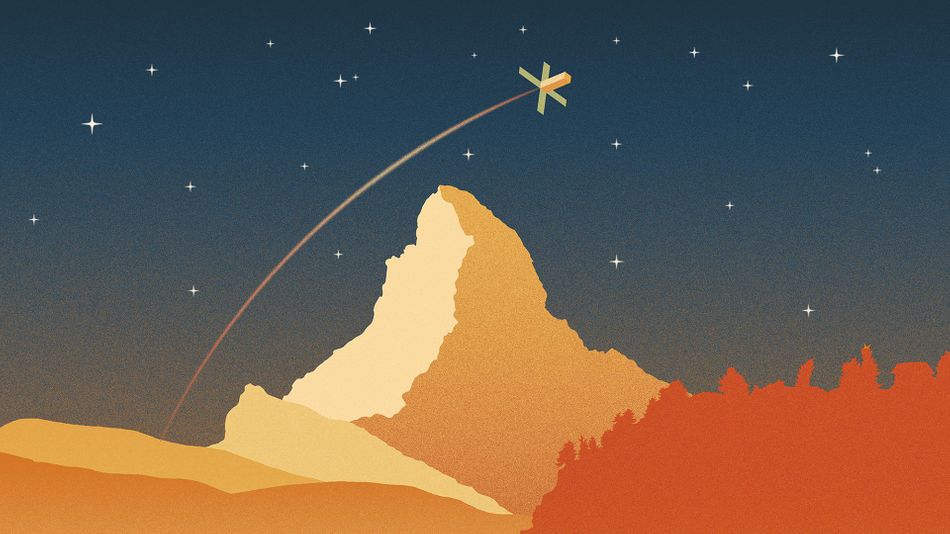 The satellites will collect detailed data on the various gases in the exosphere – nitrogen, oxygen, ozone, carbon dioxide, hydrogen, helium, etc. – and their isotopes. The overall goal is to study temperature fluctuations, the processes and mechanisms by which atmospheric gases escape into space, and how many free-floating electrons and ions there are in the exosphere. Molecules are much harder to find at high altitudes than low ones, since individual particles collide and bind together much more slowly.

The CHESS mission also aims to spur technological innovation. The satellites will be equipped with state-of-the-art instruments, such as the new mass spectrometers being developed jointly by the University of Bern and the company Spacetek Technology AG – two pioneers in this field. The spectrometers will be used to identify specific compounds and their chemical structures by taking mass measurements, and will be lighter and more efficient than the ones used back in the 1980s. 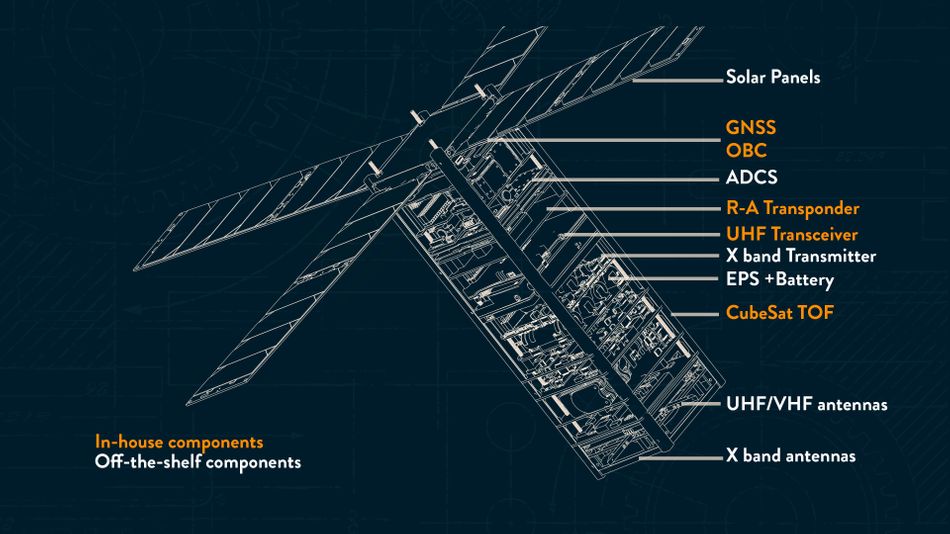 New technologies will be tested thanks to the CHESS mission.

The satellites will also feature next-generation Global Navigation Satellite System (GNSS) receivers that are lighter, less expensive, and more accurate than existing models. These receivers are being developed jointly by ETH Zurich and u-blox. They will not only record extremely precise data on the satellites’ positions (on the order of ±1 cm), but also measure air density and the number of free-floating electrons. In addition, the CHESS mission will perform in situ tests of a new kind of solar panel designed specifically for spacecraft, based on technology developed at RUAG. And because the two satellites will send radio communications to ground stations, they will help create a Swiss-wide X-band network – a communications network using an ultra-high-frequency radio band.

“I was lucky enough to work with the team that designed, built and launched SwissCube – which is still operational today, some 11 years later,” says Muriel Richard, an aerospace engineer and the co-founder & CTO of ClearSpace. “I’ve been following the CHESS project closely for the past two years, and I see that these students are just as skilled, smart and motivated – and are worth believing in and investing in. They’ll send these satellites into orbit, that’s for sure!”

CHESS forms part of a broader trend of growing interest in space-industry R&D, both at EPFL and in Switzerland as a whole. The project will help train the next generation of aerospace engineers, pull together skills from a wide range of fields, expand the existing space-industry network and forge ties among the scientific community.