Environmentally friendly, quiet, safe and cost-effective – European aeronautics research is focusing on these objectives in view of increasing air traffic. The development of electric propulsion systems will play a key role in these efforts. Yet flying cannot be made environmentally friendly simply by reworking the propulsion system – a good aircraft design is paramount for achieving efficient usage. Researchers from the German Aerospace Center (Deutsches Zentrum für Luft- und Raumfahrt; DLR) are therefore conducting research into the potential of new types of design and what the optimal e-aircraft of the future might look like. 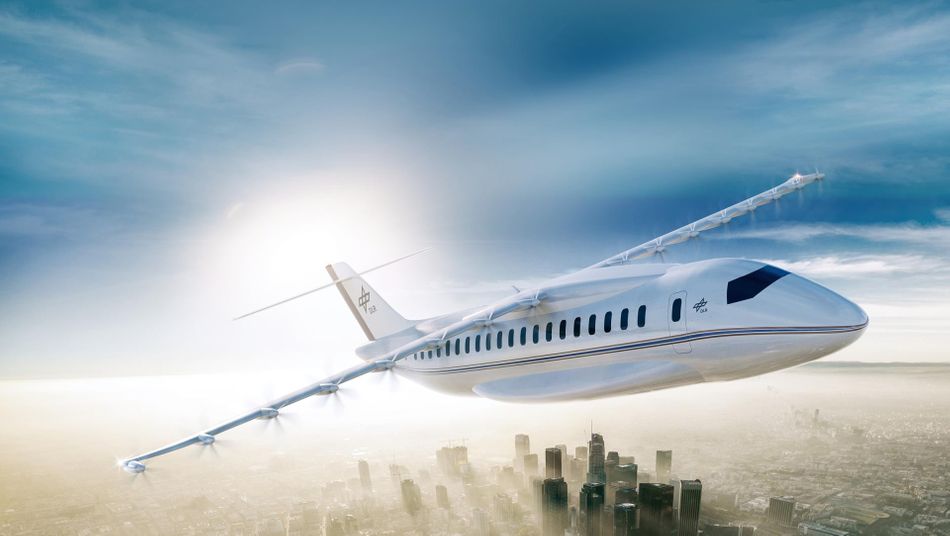 Regional aircraft with many small propellers

Many small propellers distributed across the entire wing, a longer, slimmer wing, a smaller vertical stabiliser – one glance at an aircraft design by Martin Hepperle is enough to see that this is no conventional airliner. "The e-aircraft of the future will look rather different from what we are used to," says the engineer, who works at the DLR Institute of Aerodynamics and Flow Technology. Simply integrating electric propulsion systems into existing fleets will not prove effective, because: "The overall aircraft configuration has to be suited to the propulsion system." Hepperle believes that changes to an aircraft design can trigger a chain reaction of desirable effects.

This also applies to his design for a regional aircraft with a distributed propulsion system, where many small propellers spread along the wing create more lift. The wing area can be reduced, saving weight, lowering drag and decreasing the power required for propulsion. Having more sources of propulsion ensures greater safety should an engine fail. "A twin-engine aircraft must still be able to take off safely in the event of an engine failure. The engines are oversized with this in mind. If one of many propulsion systems fails, the effect is far less dramatic," explains Hepperle. This also helps with control; the aircraft can be partially steered using the engines near the tips of the wings. The vertical stabiliser no longer has to work as hard to compensate, so it can be much smaller and lighter in design, resulting in lower drag.

Another concept for a hybrid-electric regional aircraft featuring differently distributed propulsion systems has also been analysed in detail. Such an aircraft would allow a reduction in fuel consumption of over 30 percent compared to current aircraft. 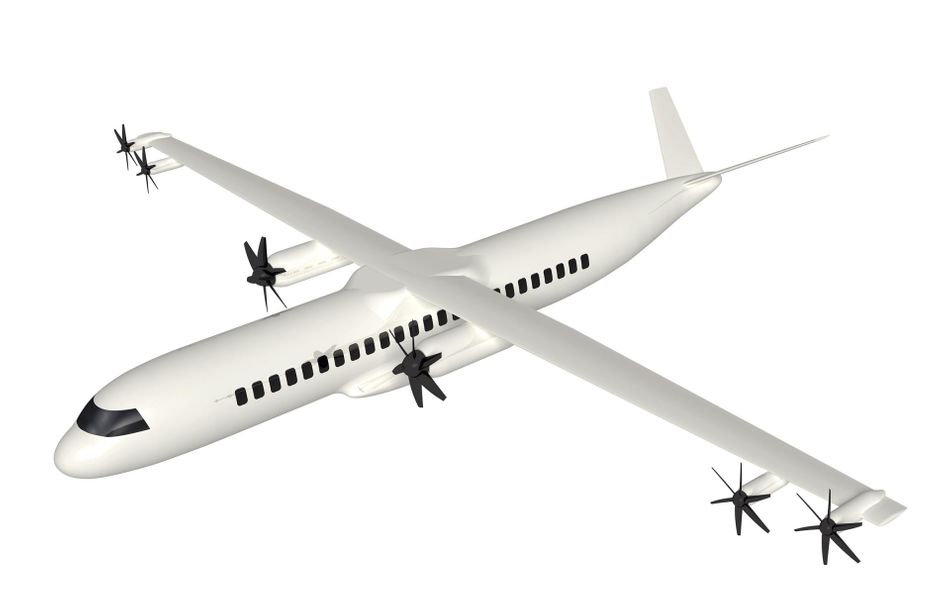 These are not the only concepts that aircraft architects have designed and explored. Recently, for example, they have investigated a medium-range aircraft with an electric propulsion system integrated into the tail. What makes it special is that the engines beneath the wings generate thrust, while also supplying electric power to the rear fan – which in turn improves aerodynamic efficiency by employing boundary layer ingestion. A 'canard' configuration was chosen for this conceptual study, with the horizontal stabiliser located near the front and vertical stabilisers at the tips of the wings.

Regardless of the propulsion method, the generation of aircraft noise during flight is primarily determined by aerodynamics. It is produced by the propellers or fans of the engines and the airflow around the fuselage and wings. The new propulsion concepts make it possible to influence the generation of noise. Many small propellers create a different sound to that of two large ones. Knowing this, the DLR researchers also examined the flow acoustics in depth.

However, they had to be realistic: "The reductions that our concepts are calculated to achieve are in the single-digit range. Our preliminary investigations indicate that hybrid-electric regional aircraft with distributed propulsion systems would result in a 10 percent noise reduction," says Hepperle. While hybrid propulsion systems would allow power to be generated directly on board, this would increase the 'mass' of the aircraft. Conversion and transfer of electricity would also result in some power losses. 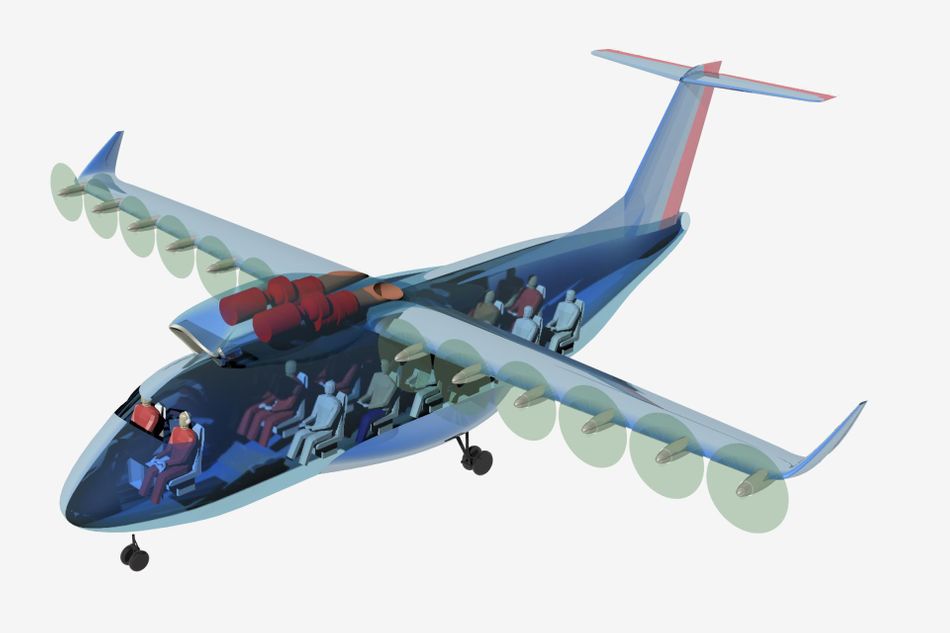 In his designs, Hepperle was unable to get around one of the biggest issues with electrical propulsion systems – energy storage. Present-day batteries are heavy and do not allow for a long range. For the foreseeable future they are only likely to prove a practical solution for small sports aircraft. Hydrogen fuel cells were considered as an alternative form of energy storage, but they are still very expensive and complicated. Hepperle therefore sees kerosene-fuelled hybrid propulsion systems as a practicable transitional solution. While the main disadvantage in this case is the weight of the complex propulsion system, this type of electrically powered regional aircraft could easily carry 100 passengers for up to 2000 kilometres.

Current findings and concepts are crucial for the targeted development and examination of future electric propulsion systems and batteries for aviation applications. E-aircraft concepts should prove an effective and sustainable option for short-haul routes. Research into these and other concepts is currently underway as part of the European Clean Sky 2 Advanced Engine and Aircraft Configurations (ADEC) projects. Within these projects, DLR scientists from all over Germany are working with research institutions from France (ONERA) and the Netherlands (TU Delft, NLR) and industry partners Airbus and Rolls-Royce to determine the potential of innovative propulsion systems and aircraft concepts.

In addition, DLR is also involved in the Synergetic integration of distributed hybrid-electrical propulsion systems (SynergIE) project as part of Germany's national aviation research programme, funded by the Federal Ministry of Economic Affairs and Energy (BMWi), which investigates such concepts. This has a particular focus on flight physics and overall evaluation.

Study finds that in some locations, lightweight gas-powered cars could have a bigger emissions-reducing impact than electric ones.