The solar car from the Dutch Solar Team Eindhoven, the Stella Era, not only generates its own energy but also doubles up as a battery for other devices. This is useful when you’re out camping, for example. In addition, other electric cars can also be recharged by the Stella Era – a great practical solution when there isn’t a charging station nearby.

Students from Eindhoven University of Technology (TU/e) presented their final results today. Over the past academic year, they have worked hard on the Stella Era. And the results are impressive. During the World Solar Challenge, the streamlined solar car had already proven its ability to cover long distances without any problems. Students from all over the world drive three thousand kilometers with their homemade solar cars during this race held in Australia. The Eindhoven team has been grabbing the top prize in the cruiser class for four years in a row to date. This class is not just about speed, but mainly about the car’s level of effeciency. 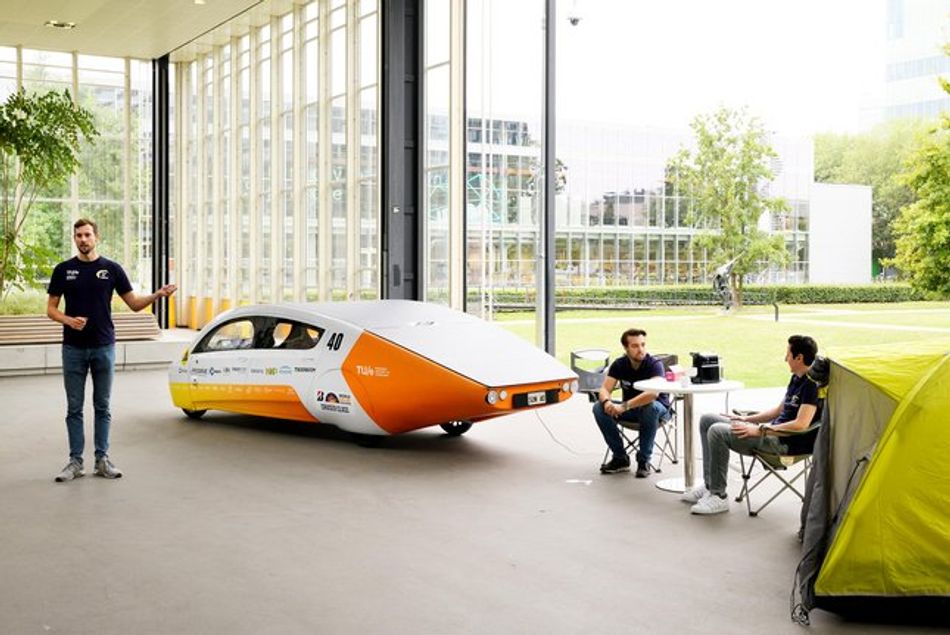 Equipped with a tent, camping chairs, and a coffee machine, the students can now show that their car can also be used as a battery on a campsite. Thanks to a 230V socket, various devices can be hooked up, such as an electric BBQ.

The Era can not only supply electrical appliances with power, but also other electric cars. Holding a fresh cup of coffee, guests saw how an electric car from Amber Mobility was charged by the Stella Era. “An electric car is wholly dependent on charging stations. That could cause problems in the future,” says Marije Sesink, PR manager of the student team. “A solar car generates its own energy and can share it with others. That’s the future.”

The Era needs to have enough energy stored to be able to share its energy. Therefore, it must be in the sun as much as possible. So, what is the optimal parking spot? The car calculates that itself. Moreover, it drives there by itself too. “The car is equipped with radars and sensors so it can drive autonomously around a parking lot,” says Sesink. “That way it’s always in the sun.” Tests at the TU/e-campus parking lot went well, but plenty of research is still needed before the car can drive autonomously. “Autonomous driving itself is not our goal. Instead we use it to make the best possible use of the solar car,” she adds. 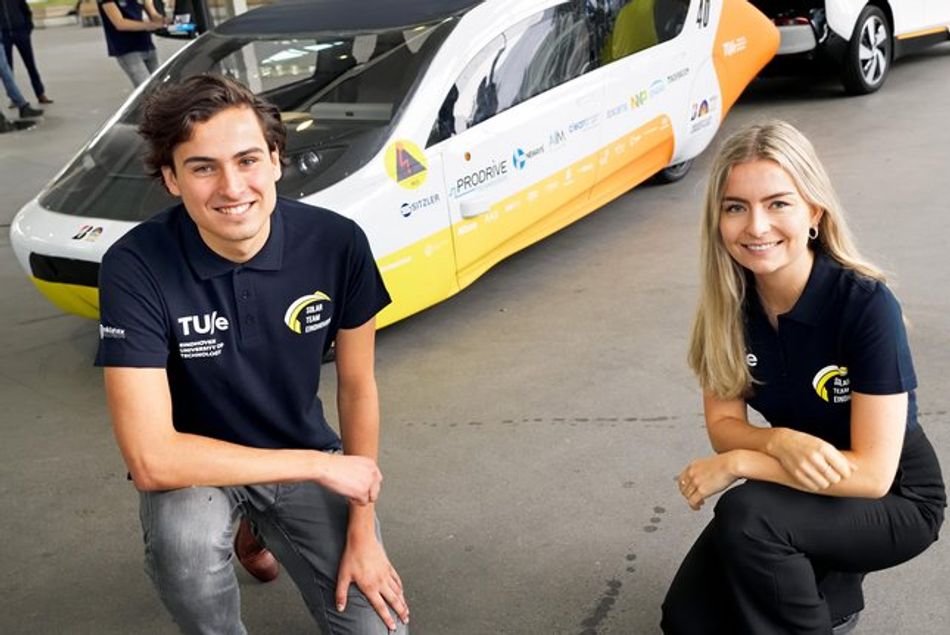 Meanwhile, a new team has been enlisted to take over the reins this academic year. They are building a new car again, the fifth Stella. “Our goal is to ramp up the sustainability of the car one more notch,” says Charlot Felderhof, the brand new PR manager of the newest team. The solar car is getting progressively closer to a model that could actually drive on Dutch roads. “That is one of our greatest goals,” says Felderhof. Will this still include competing in the World Solar Challenge? The new team members aren’t quite sure yet. “The car has to comply with a lot of specifications in order to qualify for that competition. What’s more important to us is that the car contributes to progress in society,” according to the PR manager.

Explore with our colleagues Davy Bijnen (System Architect) and Bart Kramer (Mechatronics Engineer) what a Hardware Integration Test is, and what role it plays in the creation of Lightyear One.

One of Lightyear One's secrets is its in-wheel motor. The most important aspect is the perfect balance between efficiency, weight, and torque.

Our very own aerodynamic engineer, Annemiek Koers, answers a few questions about what makes Lightyear One special.