A team of researchers from the German Aerospace Center (Deutsches Zentrum für Luft- und Raumfahrt; DLR) in Göttingen have evaluated the Dornier Seastar seaplane in a ground vibration test (GVT) campaign. These tests are part of the certification process that all aircraft must undergo.

A team of researchers from the German Aerospace Center (Deutsches Zentrum für Luft- und Raumfahrt; DLR) in Göttingen have evaluated the Dornier Seastar seaplane in a ground vibration test (GVT) campaign. These tests are part of the certification process that all aircraft must undergo.

The tests were carried out in Oberpfaffenhofen on behalf of Dornier Seawings GmbH. Ground vibration tests are a key element of the test programme that any new aircraft must undergo to obtain their certification of airworthiness. The data obtained through ground vibration tests serve both to update and improve the mathematical structural model of the aircraft as well as to predict vibration amplitudes during operation and exclude flutter risks from the flight characteristics. In flight, aircraft oscillate, in a manner similar to a flag in the wind. Certain critical thresholds must not be exceeded. 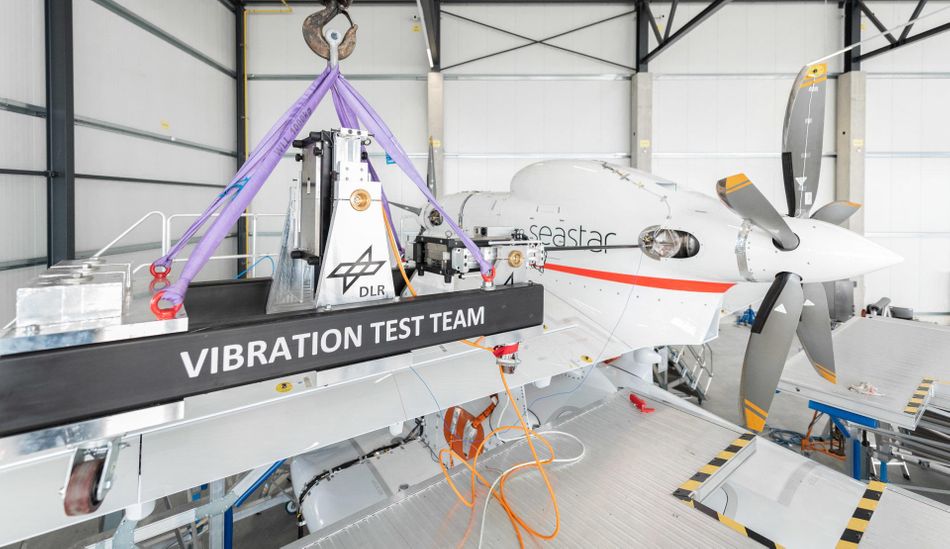 Ac­quir­ing knowl­edge from vi­bra­tion be­haviour, Credit: DLR (CC-BY 3.0) The data recorded during the tests were immediately processed, evaluated and made available to the customer almost in real time by the DLR test team, so that the customer always had a full overview of the progress of the testing and could directly compare the test data with the simulation model.

"One of the challenges with the Dornier Seastar was to reach the engines, which are located above the fuselage, with what are referred to as vibration exciters and thus to excite that part of the aircraft in a sufficient degree," says test leader Julian Sinske of the DLR Institute of Aeroelasticity. The engines were excited with the aid of a crane and a special frame that moved the vibration exciter into position. A total of 180 sensors measured the response of the vibrating components on the seaplane. This allowed the researchers to draw conclusions about its flight behaviour.

Aeroelasticity: why aircraft are elastic. The video gets to the bottom of why aircraft wings, although elastic are safe. Credit: DLR (CC-BY 3.0)

The aeroelasticity researchers in Göttingen are international experts in the field of ground vibration testing. They have already carried out these tests on the Airbus 350 and the Airbus Beluga XL.

The Dornier Seastar is a twin-engine amphibious aircraft developed in the early 1980s. It can operate on grass runways as well as water, snow and ice surfaces, without requiring special equipment. The type certification for the Dornier Seastar in its former configuration was issued in the early 1990s and a pre-series aircraft was built. After Dorniers Seawings GmbH was founded in 2013, the first flight of D-IDSW, with serial number 1003, took place on 28 March 2020 at the airfield in Oberpfaffenhofen. 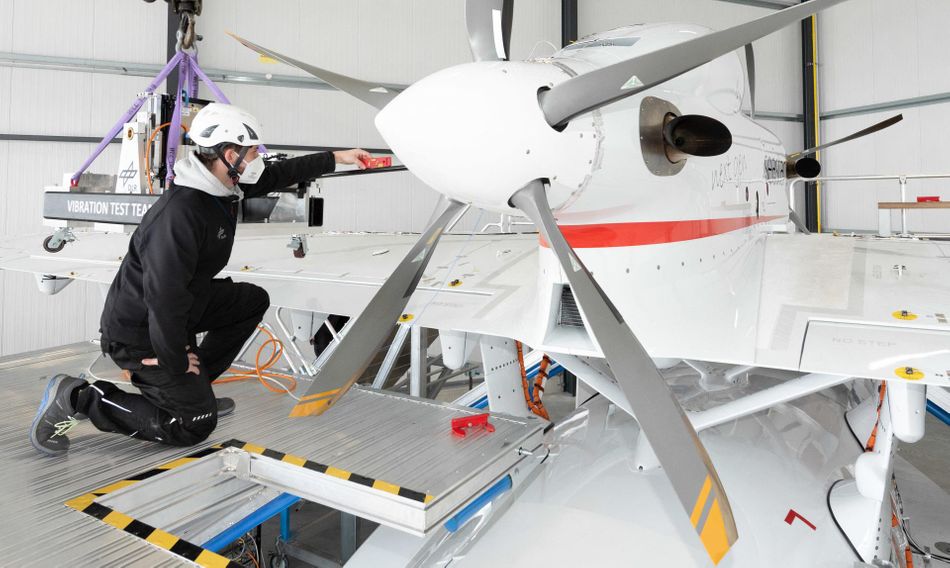 Investigations on the predecessor of seaplanes – the Dornier 'Wal'

The current tests being conducted by the DLR researchers in Göttingen took place almost exactly 100 years after research began using Dornier's seaplanes. Dornier was considered a pioneer in the field of seaplanes and developed the first commercially successful types. Important investigations were carried out in the 1920s and 1930s using wind tunnels operated by DLR's predecessor, the Aerodynamic Research Institute (Aerodynamische Versuchsanstalt; AVA) in Göttingen. As the oldest aeronautical research institution in Germany, the AVA had the most experience with wind tunnel testing. The Dornier X types – the largest aircraft in the world at the time – were studied at that time. Before that, there was the Dornier 'Wal' (Whale), the forefather of many future seaplanes and the ancestor of today's Seastar. 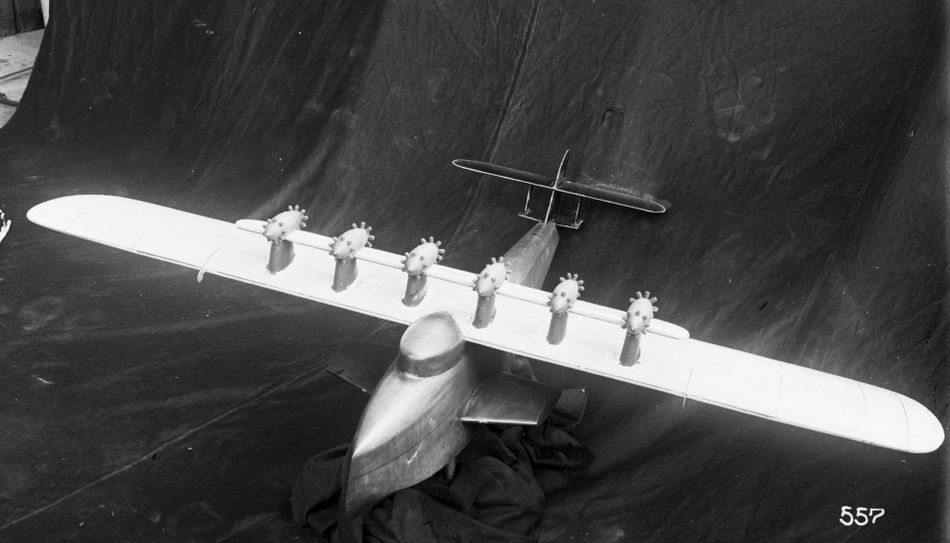 The tests on the Do X, which were carried out in 1929, included investigations of various nacelle designs for water-cooled engines. Further measurements were also carried out to determine the lift, drag and torque characteristics of the Do X wing with different engine nacelles and nacelle substructures. A further experiment studied the aerodynamic forces acting on a floating aircraft. In a sense, there was a certain parallel with today's tests, because even back then there was an interest in the optimal means of attaching the engine nacelles to the wings.

"The Do Wal was a highly reliable seaplane that was used for numerous purposes. It was used as a passenger aircraft, for mail flights and as an expedition aircraft. The fact that the Do Wal was versatile and could take off from both land and water made it a popular 'hybrid aircraft' and it was therefore also able to establish itself as a new category," says Jessika Wichner, Head of the Central Archive at DLR.

During more than 90 approaches to Zurich Airport conducted under the leadership of the Swiss SkyLab Foundation, researchers from Empa and the German Aerospace Center (DLR) tested an assistance system that supports pilots via a display during quiet and, at the same time, fuel-efficient approaches.

Having a home near a busy airport certainly has its perks. It is close to many establishments and alleviates the problem of wading through endless traffic to catch flights. But it does come at a cost — tolerating the jarring sounds of commercial airplanes during landing and takeoff.