When it comes to DC Gear Motors, the two most popular options are Planetary and Spur gear motors. Learn which is the best fit for your next project.

Planetary and Spur gear motors are the two most common types of gear motors used in industrial applications. When trying to decide which gear motor is best suited for your application, there are a few key aspects to keep in mind. Both gear heads have their own unique advantages and disadvantages, based on the intended usage and requirements.

The gears inside of a planetary gear head have a unique method of meshing together. They have an internal gear, called the sun gear. The sun gear drives multiple outer gears known as planetary/satellite gears. The planetary/satellite gears mesh with an outer ring to guide and hold them in place. The outer ring is fixed and incorporated in the motor housing.  Since the internal sun gear meshes with multiple outer gears at once, planetary gear motors are able to sustain higher loads. 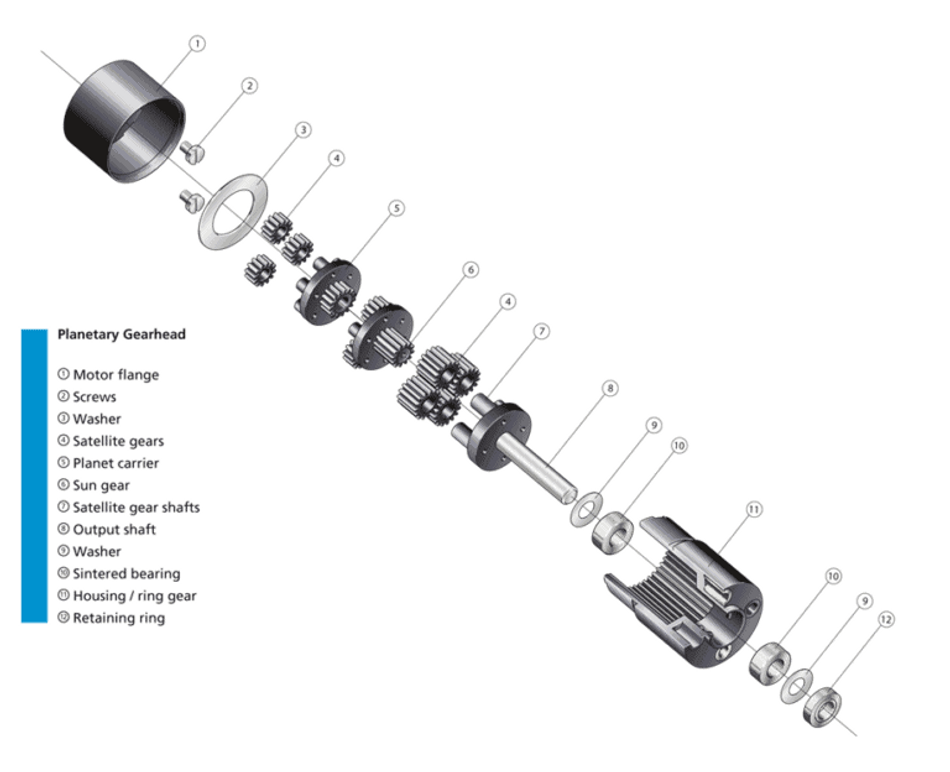 A spur gear head’s construction consists of larger gears that mesh with smaller gears. The gears are mounted on parallel shafts but offset from one another. The meshing of the smaller gears with the larger gears reduces rpm transforming it into torque. The tooth pitch of the gears is critical in determining the final output speed and torque of the gear motor.

Adding multiple gear stages within the gear head produces larger reduction ratios resulting in even lower output speed and higher output torque. Spur gear-heads have a single contact point at any time. This means that any load is held entirely by a single point of contact between two gears. 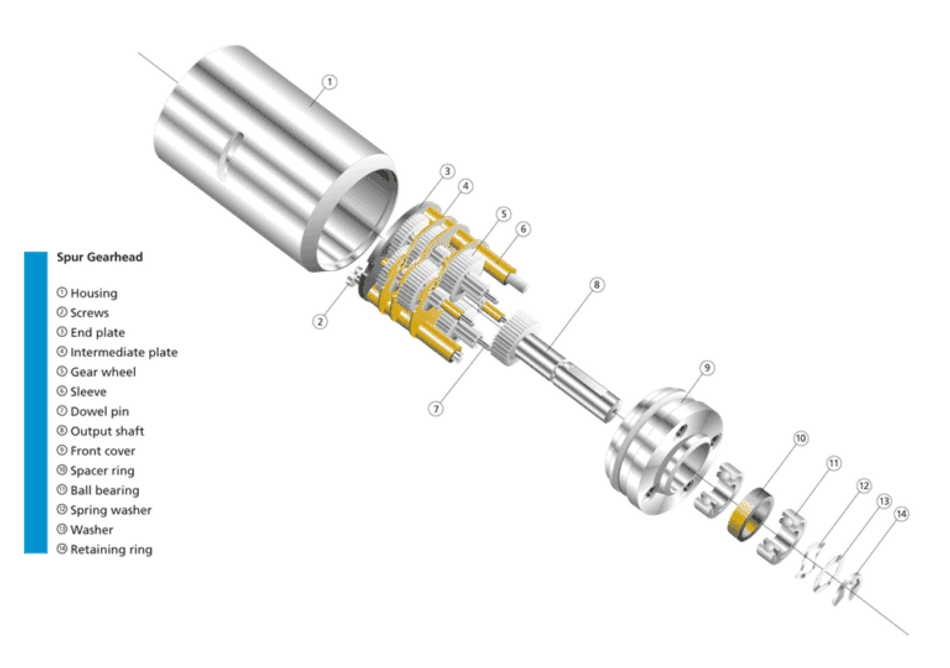 A spur gear motor is a cost effective solution, suited for low torque and low rpm applications such as an automated paper towel dispenser.

The less complex construction of a spur gear head results in them not being able to hold as much of a load as their planetary counterpart. As the spur gear motor’s speed increases, it will produce a fair amount of noise without the proper internal lubrication. The ability to add multiple stages and have high gear reduction ratios allows spur gear motors to handle higher loads if needed.

Planetary gear motors are most commonly used in robotic and industrial automation applications. They can be found in applications like label printing machines, articulating tv mounts, tactical robots, vinyl cutting machines, and laser measuring apparatuses. The high precision and efficiency of these motors ensure that all types of applications operate at the highest level.

Choosing the Right Gear Motor for Your Application

Choosing the proper gear motor configuration depends on the specifications required and the given application. 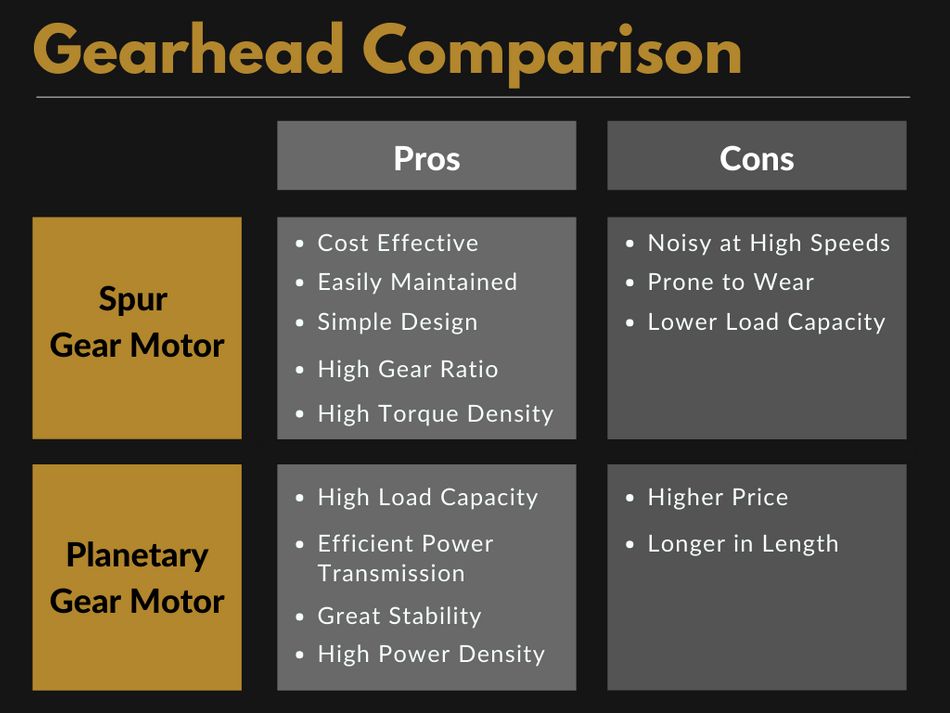 The Designers Guide to MOSFET and GaN FET Applications

'Moveable walls': the solution to working from home

The Designers Guide to MOSFET and GaN FET Applications

Comprehensive knowledge of MOSFETs and GaN FETs is essential for engineers to meet the demand for efficient power conversion systems and products.

'Moveable walls': the solution to working from home

It’s a common problem – how do you maximise the functionality of a small space to incorporate both home and work life? ‘Moveable walls’ that open up, or section off space, can provide a dedicated work from home space – even in small apartments.

In early 2015 an East German StartUp, AIM3D set out to revolutionise the 3D printing world by creating a 3D printing machine that would offer the potential to eventually become a standard tool on every workbench. One unexpected challenge in this quest to develop a flexible and economically efficient 3D printing machine was finding a suitable provider of a high quality linear guidance system that would fit their needs.