Augmented reality technology can accelerate testing of connected and automated vehicles by 1,000 to 100,000 times, and reduce additional testing costs — beyond the price of physical vehicles — to almost zero, according to a new white paper published by Mcity.

Augmented reality combines the real world with a virtual world to create a faster, more efficient and economical approach to testing connected and automated vehicles at the University of Michigan’s Mcity Test Facility. 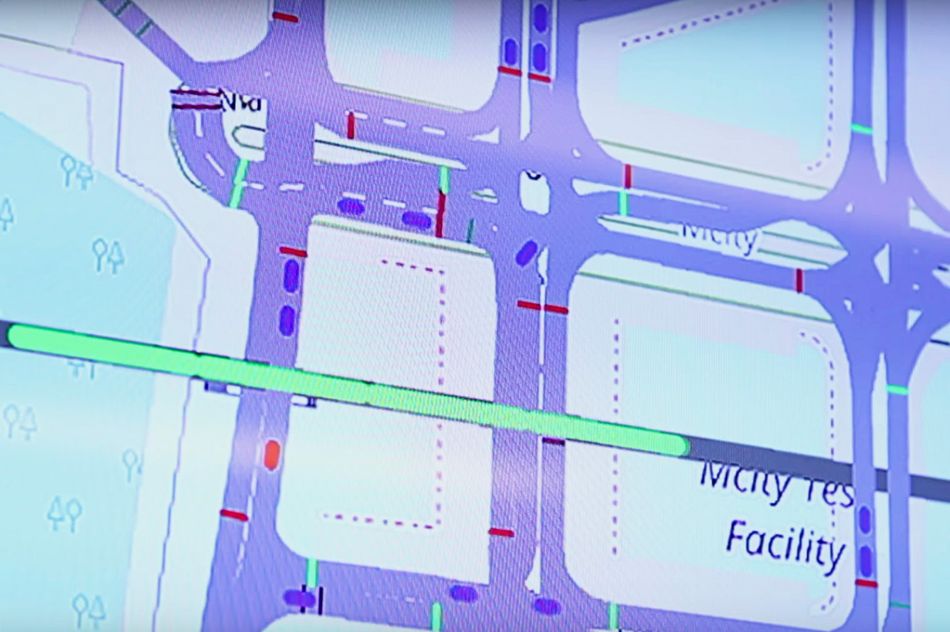 An image of the screen in the Michigan Traffic Lab while a virtual train (in green) travels through a rail crossing at Mcity. Real (red) and simulated vehicles (blue) react. Credit: Screen capture from a video by Mike Wood

This unique testing methodology is outlined in the new white paper, published today. Mcity is a U-M led public-private partnership working to advance the development of connected and automated vehicles.

“In order for the public to accept and widely adopt driverless vehicles we must be able to prove they are safe and trustworthy,” said Henry Liu, an author of the paper. Liu is professor of civil and environmental engineering, and research professor at the U-M Transportation Research Institute (UMTRI).

“This requires rigorous and extensive testing that would otherwise take more than a decade to accomplish,” Liu said. “Augmented reality testing is not only more efficient, it is safer and will allow us to ensure driverless vehicles operate dependably with the ability to prevent and avoid crashes.”

"Augmented reality testing is not only more efficient, it is safer and will allow us to ensure driverless vehicles operate dependably with the ability to prevent and avoid crashes"
Henry Liu, CEE professor and research professor at the U-M Transportation Research Institute (UMTRI

Liu and his team borrowed from video-gaming and other virtual technologies to create an augmented reality environment where real vehicles inside the safety of U-M’s Mcity Test Facility can interact with and react to computer-generated vehicles in real time through connected vehicle communications.

Researchers are able to create testing scenarios and interactions between test vehicles and computer-generated vehicles from the Michigan Traffic Laboratory at UMTRI. The traffic lab is also the control center for the Mcity Test Facility. According to the white paper, an observer of such a test might see a test vehicle approach a traffic light and stop several yards short of the intersection to avoid rear-ending a computer-generated car already stopped at the light.

The computer-generated virtual traffic elements are broadcast to Mcity test vehicles using a patent-pending, secure, wireless technology to allow both real and virtual vehicles to communicate with each other and to the test-course infrastructure. This patent-pending technology was developed by Liu and Yiheng Feng, an assistant research scientist at UMTRI.

“Our new procedure shows great potential to speed up and reduce the cost of testing,” Liu said. “It also has the added benefit of allowing us to build a virtual library of computer-generated traffic scenarios that can be practiced without risk of damage or human injuries.” 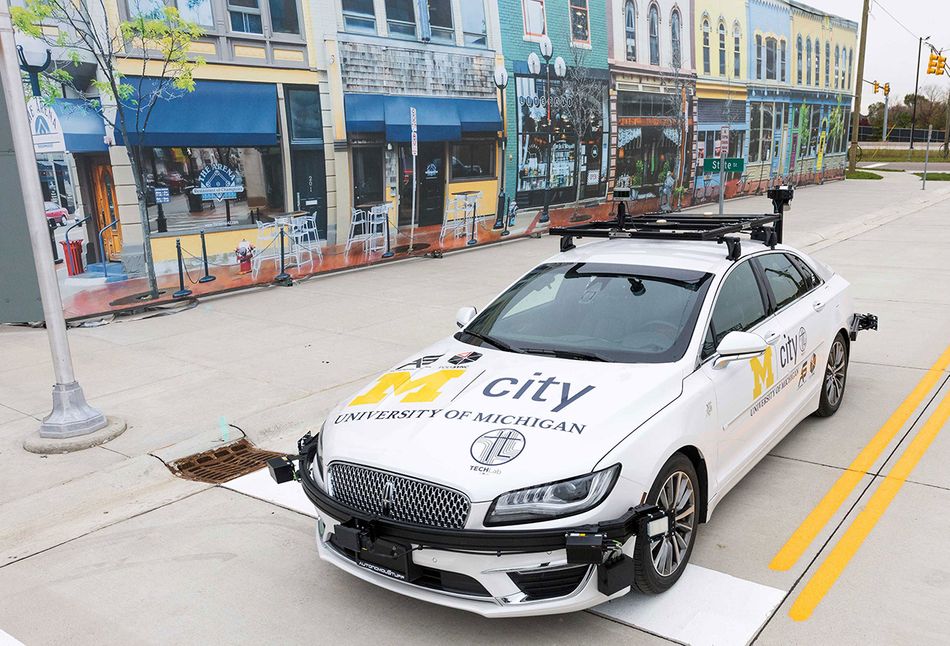 Researchers now test fully automated vehicles using three methods: Closed-course testing; computer generated simulations; and operating vehicles or components on public roads. But testing these new technologies on public roads comes with legal risks, exposure to liabilities, and concern for public safety.
From 2014 to 2017, 11 suppliers and manufacturers reported 26 crashes while testing self-driving technology on public roads in California, according to the white paper. In 2018, an Arizona woman was killed by a driverless vehicle operated by Uber as she walked her bicycle across a street.

Developing automated vehicles also comes with added challenges compared to conventional, driver-piloted cars and trucks. Beyond testing for dependability and occupant safety, driverless vehicles must work to prevent and avoid crashes. This requires testing countless crash scenarios, including those that rarely occur with conventional vehicles.

According to the National Highway Traffic Safety Administration, an accident serious enough to report to police — one resulting in at least $1,000 worth of damage — occurs once in every 530,000 miles of driving. A fatal crash typically occurs once in every 100 million miles.

“Most strategies for testing automated vehicles today fall short of what is needed to ensure the safety necessary to make driverless technology viable,” said Huei Peng, director of Mcity and the Roger L. McCarthy Professor of Mechanical Engineering at U-M. “The augmented reality environment at the Mcity Test Facility brings us a step closer by offering comprehensive, limitless testing scenarios that can be accomplished in a shorter period of time. That means testing is faster, cheaper, and safer.”

In three recent papers, engineers report the first demonstration of optical phased array technology on-chip at both near infrared and blue wavelength with applications in a broad range of research areas

A Beginners Guide to Self-Driving Cars

Cambridge engineers have developed a new augmented reality (AR) head mounted display (HMD) that delivers a realistic 3D viewing experience, without the commonly associated side effects of nausea or eyestrain.