EPFL researchers have built a footbridge prototype using reinforced-concrete blocks from walls of a building being renovated. The blocks were cut into individual pieces on site and assembled into a prestressed arch.

EPFL researchers have built a footbridge prototype using reinforced-concrete blocks from walls of a building being renovated. The blocks were cut into individual pieces on site and assembled into a prestressed arch. This project, which marks the first time concrete has been reused in this way, is part of an initiative to substantially shrink the construction industry’s carbon footprint by adopting a circular economy approach. The footbridge will be inaugurated at a ceremony at the Smart Living Lab in Fribourg on 11 October.

“People are hesitant to reuse concrete due to a variety of concerns,” says Corentin Fivet, a tenure-track assistant professor at EPFL and head of the Structural Exploration Lab (SXL) within the Smart Living Lab. “But we wanted to show that those concerns are largely unfounded. Blocks of concrete that are selected for reuse are just as reliable and useful as new blocks.”

Fivet has been studying potential applications of the circular economy in the construction industry for years. His team at SXL, which is part of EPFL’s School of Architecture, Civil and Environmental Engineering (ENAC), initially looked at metal and now also turns its attention to concrete. This project in particular involved building a 10m-wide footbridge out of 25 blocks of concrete taken from walls destined to be torn down. The project engineers have now finished load-testing the new structure, meaning it’s ready for the inauguration ceremony at the Smart Living Lab’s Halle Bleue on 11 October. 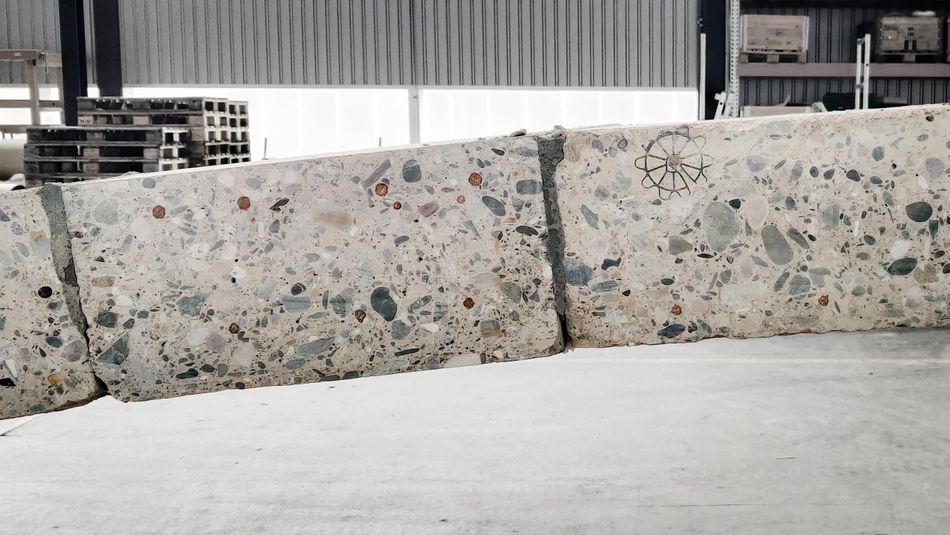 Detail of the footbridge. © EPFL

Jan Brütting, a recent PhD graduate from SXL who initiated this project, conducted this research as part of his postdoc along with fellow EPFL postdoc Maléna Bastien Masse. For concrete to be reused effectively, new design methods are needed that are based on exploiting existing concrete sections, rather than the conventional approach of pouring fresh concrete in line with each project’s specifications. The catch is that the properties of existing sections can vary and are not always known ahead of time. To help engineers employ these new methods, SXL recently developed a computer program that automates the process of selecting reclaimed elements from a given stock and minimizes a new structure’s carbon footprint (download the program here).

Proving its worth in practical applications

In practice, builders are often reluctant to reuse concrete due to the perceived additional risk. But the SXL team believes there are only benefits to be had. That’s where their project of building a footbridge prototype comes in: to demonstrate, quickly and efficiently, that the procedure is safe and relevant. “We gave ourselves two months to find a source building in the region and a demolition company that would be interested in working with us,” says Bastien Masse. That company turned out to be Diamcoupe, which had been commissioned to renovate a building erected less than 10 years ago; this renovation site was the perfect opportunity to source viable blocks of concrete. “We asked Diamcoupe to cut the concrete into the sizes we needed and to drill holes through them for our prestressing cables. These cables were provided by Freyssinet and used to build the arch,” she adds.

The engineers were thus able to obtain 20cm-thick concrete blocks for the footbridge. They added mortar in places to smooth out the slight differences in dimensions, which are inevitable anytime objects are reused. “Arches are actually the ideal structure for repurposing concrete blocks, since the material is only subject to compression forces,” says Brütting.

This project, which received funding from an ENAC Innovation Seed Grant, opens up promising new research horizons for SXL. Fivet explains: “Most buildings in Switzerland are made out of concrete, and producing this raw material accounts for 7% of CO2 emissions from anthropogenic activity. What’s more, concrete makes up 50% of demolition waste. When the material reaches its end of life, it’s at best broken down into gravel or granulate to create recycled forms – but that consumes a lot of energy. If we were instead to cut up concrete blocks and reuse them, we could both prevent the need to produce more concrete and eliminate the inert waste. The carbon emissions from this process wouldn’t necessarily be zero, but they would be drastically reduced. We would delay the need to downcycle obsolete concrete.” 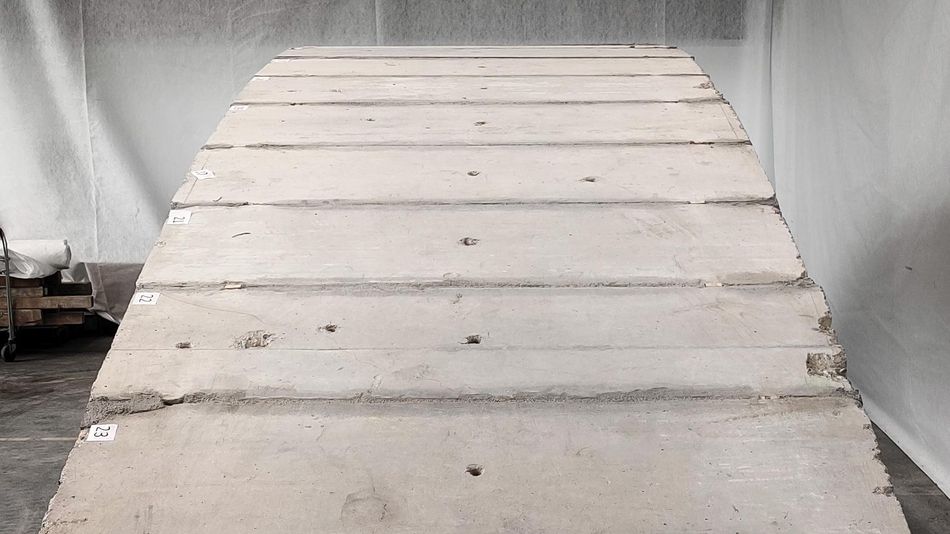 Detail of the footbridge. © EPFL

Under this circular economy approach, demolition companies – which until now have been at the end of the value chain – would also become producers, kicking off a new cycle. Fivet, true to his training as an architectural engineer, is also currently studying the factors that lead a building to become obsolete and the architectural characteristics that would facilitate the reuse of obsolete building components.

Calling on the entire industry
The SXL team’s project is a call to action for the construction industry. “No other new concrete footbridge has a carbon footprint as small as ours,” says Fivet. “Imagine if every obsolete concrete structure out there was cut into blocks and used to meet some of the global demand for new concrete. That would be a big step towards addressing some of the most pressing climate-change challenges.” 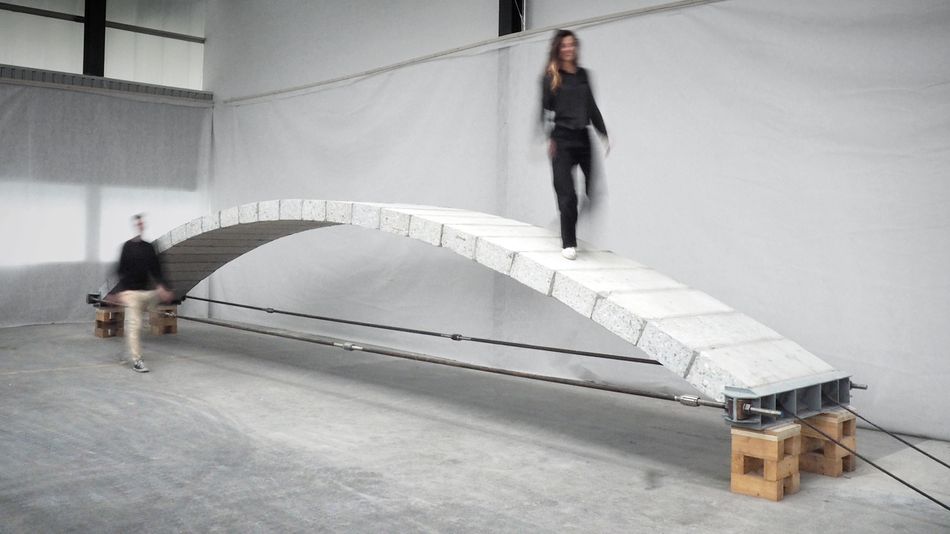 ETH postdoc Olivier Gröninger is improving the drinking water supply for people in rural areas of South America with his Openversum project. This benefits not only the families but also the local economy and the climate