The crew of the International Space Station has taken delivery of a haptic interface designed by EPFL spin-off Force Dimension. Astronauts could one day use the device, based on the famous delta robot developed at EPFL by Reymond Clavel, to control unmanned Martian and lunar rovers from afar.

In a project called METERON, the European Space Agency (ESA) is exploring how advanced robots could be used to repair satellites in orbit or probe hostile environments like the Martian and lunar surfaces.

In a project called METERON, the European Space Agency (ESA) is exploring how advanced robots could be used to repair satellites in orbit or probe hostile environments like the Martian and lunar surfaces. The plan is for astronauts to control the robots remotely from the International Space Station (ISS), using a haptic interface that allows them to “feel” their every move.

For this project, the ESA has opted for an interface based on the famous delta robot, designed 34 years ago by Reymond Clavel at EPFL’s School of Engineering. The new device, developed by Force Dimension – a spin-off of EPFL’s VRAI Group, led by Charles Baur – reached the ISS earlier this month.

Since there are currently no remote-controlled rovers on the Martian or lunar surfaces, the ISS crew is using robots on Earth to practice. An initial test has already taken place, and the results were very good. ISS astronauts used the delta based controller named sigma.7, to pilot a robot at an ESA facility in the Netherlands. The robot was guided over an obstacle course to a sampling site, where it collected a rock. A public demonstration also took place 25 November. 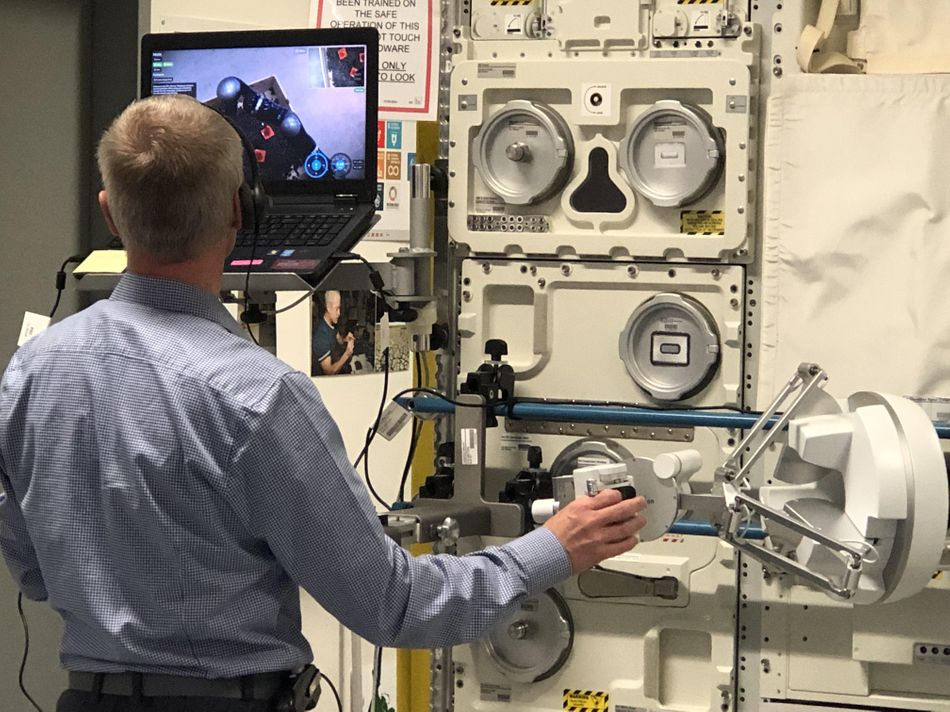 The concept involves two pieces of machinery, each performing very different roles. The first is a variable-geometry robot packed with technology, including an accelerometer, load cells and other sensors that allow it to interact with its environment. The second is the sigma.7 haptic controller – on board the ISS – that allows for seven degrees of motion. It provides force-feedback as the robot moves around and touches objects, giving astronauts a realistic feel for the environment. “The feedback is so life-like that operators can distinguish between hard, soft, smooth and rugged surfaces,” explains Force Dimension co-founder François Conti. “The robot functions like an avatar. It’s as if the astronaut was actually there on the ground, in person.”

The whole thing happens in close to real time. “Earth-moon communications can experience a delay of a few seconds,” says François Conti. “But ESA is working on new technologies that will compensate for this lag time. From a space station orbiting the moon, complex teleoperation becomes possible.” In the future, astronauts will control surface robots from orbit around the moon or Mars or from inside a planetary base. 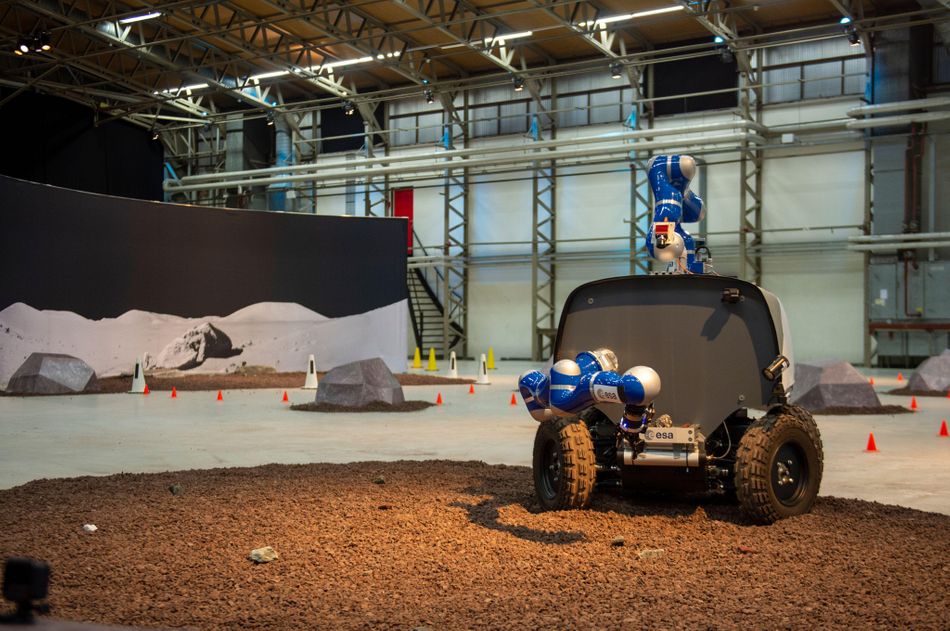 The robot at the ESA facility in the Netherlands

“Even on the Moon preparing an astronaut for a sortie takes hours just to get into a suit and prepare the airlock,” says Jessica Grenouilleau, Meteron project lead at ESA’s Exploration Systems Group “by giving astronauts the possibility to control the robots nearby in the safety and comfort of their base or orbital spacecraft, much more can be achieved.”

Withstanding vibrations during launch
The delta robot’s speed, maneuverability and lightweight design make it the ideal candidate for space missions. But engineers at Force Dimension had to work hard to fine-tune the sigma.7 interface to make it space compatible, and to make sure it could withstand heavy vibrations from the rocket engines. “Despite an extremely tight schedule,” says Conti, “the device passed all qualification tests by the end of summer” The robot was then carefully packed before blasting off from Launch Pad 0 on Wallops Island, in the US state of Virginia. It piggybacked on the Cygnus spacecraft cargo resupply mission to the ISS on board an Antares rocket.

The delta robot was originally designed to package chocolates, cookies and medicines, and it was also used in the field of metrology. More recently, in its haptic version, the delta robot has been used for precision surgery and deep-sea exploration. The robot is now on its way to conquering space. “The Force Dimension engineers were able to expand the delta robot’s playground to include outer space,” says Reymond Clavel. “In developing a version that can handle the unique rigors of that environment, they have shown that the deltas still have much to offer. This is a remarkable success.” 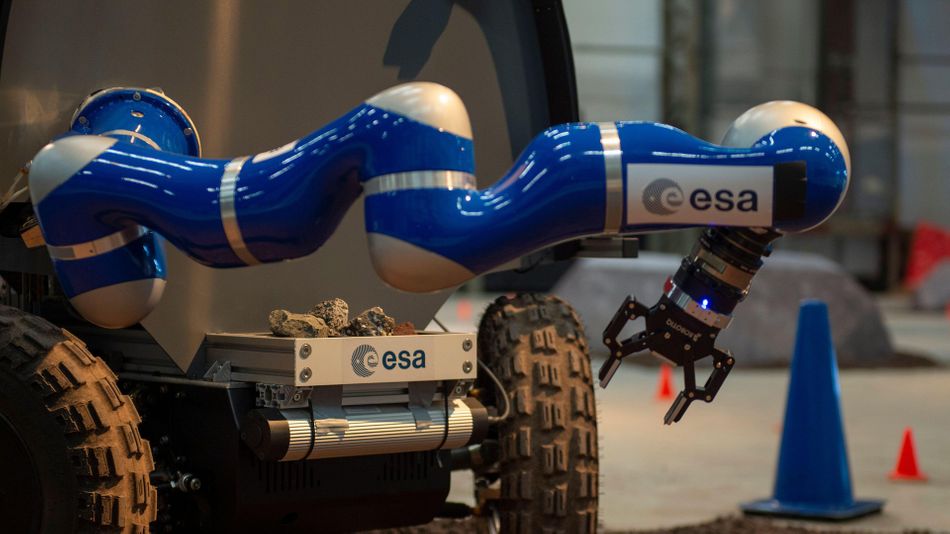 Thanks to its robotic arm, the robot in the field can interact with its environment ©️  2019 EPFL

Communication technologies built into a firefighter’s helmet can send directional information in realtime to firefighters working in dangerous environments.

Built around a custom-made haptic feedback sleeve and an Intel RealSense camera in a 3D-printed glasses housing, this navigation system lets its user find their way even in absolute darkness.

The tactile joystick developed by startup Foldaway Haptics brings the sense of touch to mobile devices, drones and, in a smaller version, to virtual reality controls. A pocket-sized device, which can be unfolded in an instant.