Progress continues to speed along as NASA's Perseverance rover readies for its launch this summer. On May 11, the rover team at the agency's Kennedy Space Center in Florida received the tubes tasked with holding the first samples collected at Mars for eventual return to Earth. A week later, the Atlas V launch vehicle that will hurl Perseverance to the Red Planet arrived at the launch site. Working together, personnel from NASA's Jet Propulsion Laboratory in Southern California and United Launch Alliance in Centennial, Colorado, were also able to extend the rover's launch period by six days, from Jul. 17-Aug. 5 to Jul. 17-Aug. 11.

The sample tubes will be filled with Martian rock and sediment and deposited on the planet for a future mission to return to Earth to be studied. They're part of the rover's Sample Caching System, the most complex and capable mechanism of its kind to be sent into space to address the question of potential life beyond Earth.

The tubes and their seals were among the nearly 5,000 pounds (2,270 kilograms) of mission flight hardware, test gear and equipment that traveled from JPL to NASA's Armstrong Flight Research Center in Palmdale, California. On May 10, the equipment was loaded onto a C-130 cargo plane from NASA's Wallops Flight Facility in Virginia. The following day, the crew set out for Florida, touching down on Kennedy Space Center's Launch and Landing Facility a little before 3 p.m. local time. They were back at Wallops that evening.

A week later, on May 18, a giant Antonov cargo plane delivered the first stage of the mission's Atlas V launch vehicle, arriving at Kennedy Space Center just after 4 p.m. local time. The following day the booster was transported to the Atlas Spaceflight Operations Center at Cape Canaveral Air Force Station.

Once final testing is complete, the Atlas will be moved to the Vertical Integration Facility at Space Launch Complex 41, where preparations for the launch of Perseverance have begun following the successful Atlas V launch of the USSF-7 mission on May 17. Next, the Centaur upper stage and the payload fairing, which protects the spacecraft during launch, will be stacked on top of it. 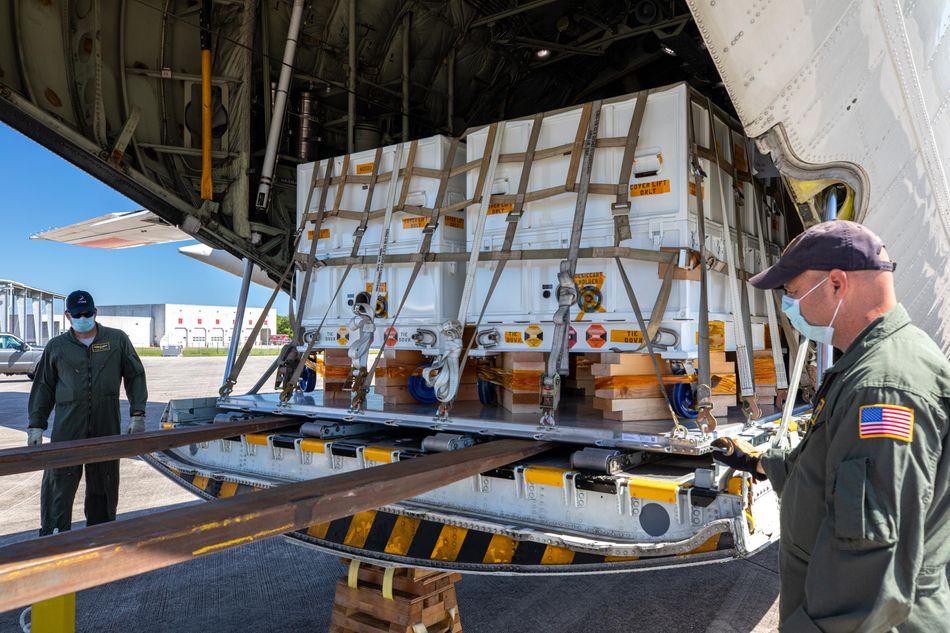 Some of the nearly 5,000 pounds (2,270 kilograms) of Perseverance mission flight hardware, test gear and equipment delivered to Kennedy Space Center on May 11, 2020, is unloaded from a NASA Wallops C-130. Image Credit: NASA

Along with welcoming these key deliveries, Perseverance's team recently extended the mission's launch period - the range of days they can launch in order to reach Mars. Navigators calculated the original launch period, July 17-Aug. 5, over four years ago - long before the final weight of the spacecraft (the rover, the protective aeroshell in which it will travel to Mars, the descent stage, and the cruise stage that will take them there) could be well defined. With the new spacecraft data in hand, as well as an update on Atlas V performance margins from United Launch Alliance, the navigation team has expanded the period to Aug. 11.

"Vehicle design maturity is the space navigator's friend," said Fernando Abilleira, design and navigation manager for the mission. "We now have a 26-day launch period to get Perseverance on its way."

No matter what day Perseverance lifts off during its launch period, it will land in Mars' Jezero Crater on Feb. 18, 2021. Targeting landing for one specific date and time helps mission planners better understand lighting and temperature at the landing site, as well as the location of Mars-orbiting satellites tasked with recording and relaying spacecraft data during its descent and landing. 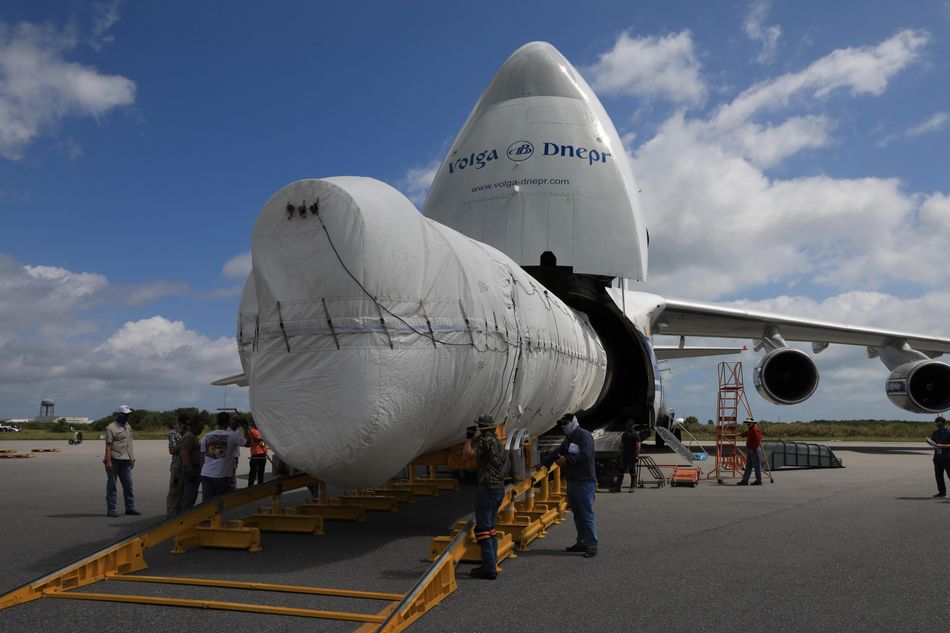 The first stage of the United Launch Alliance Atlas V that will carry NASA's Perseverance rover into space is offloaded from an Antonov cargo plane at Kennedy Space Center in Florida on May 11, 2020. Image Credit: NASA

The Perseverance rover's astrobiology mission will search for signs of ancient microbial life. It will also characterize the planet's climate and geology, collect samples for future return to Earth and pave the way for human exploration of the Red Planet. The mission is part of a larger program that includes missions to the Moon as a way to prepare for human exploration of the Red Planet. Charged with returning astronauts to the Moon by 2024, NASA will establish a sustained human presence on and around the Moon by 2028 through NASA's Artemis lunar exploration plans.

Interaction between pilot and helicopter - detection, evaluation and avoidance of pilot induced oscillations

Helicopters have a very sophisticated and complex flight control system. This results in special requirements for the interaction between pilot and helicopter.

New mathematical tool can select the best sensors for the job

In the 2019 Boeing 737 Max crash, the recovered black box from the aftermath hinted that a failed pressure sensor may have caused the ill-fated aircraft to nose dive.

Germany on course for climate-neutral flying

The energy transition in air transport, with the goal of zero emissions, is possible by mid-century but requires a considerable increase in innovation.