Unique test stands, comprehensive expertise and decades of experience – the Lampoldshausen site of the German Aerospace Center (Deutsches Zentrum für Luft- und Raumfahrt; DLR) specialises in developing and testing propulsion systems for spaceflight. Whether for the large launch vehicles of the Ariane family or the growing market of start-ups developing smaller rockets referred to as microlaunchers, the DLR Institute of Space Propulsion tests and qualifies technology demonstrators as well as entire rocket stages for launch into space. In November 2021, a DLR team investigated a very special engine on behalf of the Spanish start-up Pangea Aerospace. They successfully conducted hot-run tests of the world’s first additively manufactured MethaLox aerospike engine using the European Research and Technology Test Stand P8. Hot-run tests are comprehensive functional tests – an important step in preparing for a first flight. 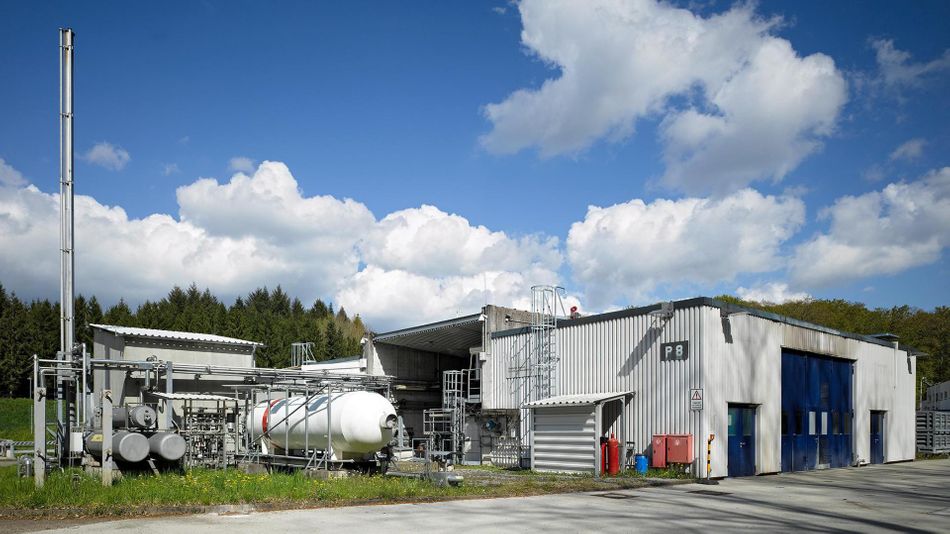 Aerospike technology makes groundbreaking engine designs possible. The nozzle is shaped like a spike, which allows it to adapt to different flight altitudes with much more flexibility. The technology promises to be 15 percent more efficient than conventional approaches, which also means that 15 percent less fuel would be needed to carry a given mass into orbit. For decades, aerospike technology has been considered a very promising potential solution. However, it is only now possible to implement it – thanks to new materials that can withstand higher temperatures and greater freedom in design through the use of additive manufacturing processes. For example, Pangea Aerospace was able to develop a new regenerative cooling system that uses cryogenic liquid oxygen and liquid methane. They pass through the cooling channels before being ignited in the engine’s combustion chamber. In this way, the engine is cooled down and so does not melt.

A total of four test runs provided an initial insight into how the aerospike technology works in practice. In each case, the engine fired for around 60 seconds. With its test facilities, which are unique in Europe, DLR is playing a key role in supporting the successful development of future-proof and efficient space propulsion systems. The aim is to ensure that space transport is as competitive as possible and to continue to guarantee access to space for European companies and research institutions.

Focus on the next generation of engines

"The P8 Test Stand is a unique facility in Europe for preparing such technologies for competitive launch vehicles. With it, DLR is making a significant contribution to the development of innovative engine concepts in Europe," emphasises Stefan Schlechtriem, Director of the DLR Institute of Space Propulsion. During tests on the P8 Test Stand, the values of more than 200 parameters can be recorded. All operating conditions and flight loads possible in use can be simulated under almost real-world conditions.

The European Research and Technology Test Stand P8 at DLR in Lampoldshausen has been a reliable platform for engine development for more than 25 years. Every year, engineers test technology demonstrators there on around 80 test days. The work on liquid-chemical space propulsion systems covers the entire spectrum of Technology Readiness Levels (TRLs) one to nine – from the functional principles to testing and qualification for use.