“The first run of MOXIE is a step in the right direction to bring us closer to the possibility of human missions to Mars,” says MIT professor of the practice Jeffrey Hoffman. Seen here, technicians at NASA's Jet Propulsion Laboratory lowered MOXIE into the belly of the Perseverance rover prior to launch. Credits:Credit: NASA/JPL-Caltech

NASA’s Perseverance rover has been marking milestones on Mars since landing on the Red Planet in February. Its latest historic accomplishment is the first creation of oxygen from carbon dioxide in the thin Mars atmosphere. Mission time is measured in sols, or Martian days. Oxygen production was achieved early in the evening of April 20, or early morning on Sol 60 in Jezero Crater. 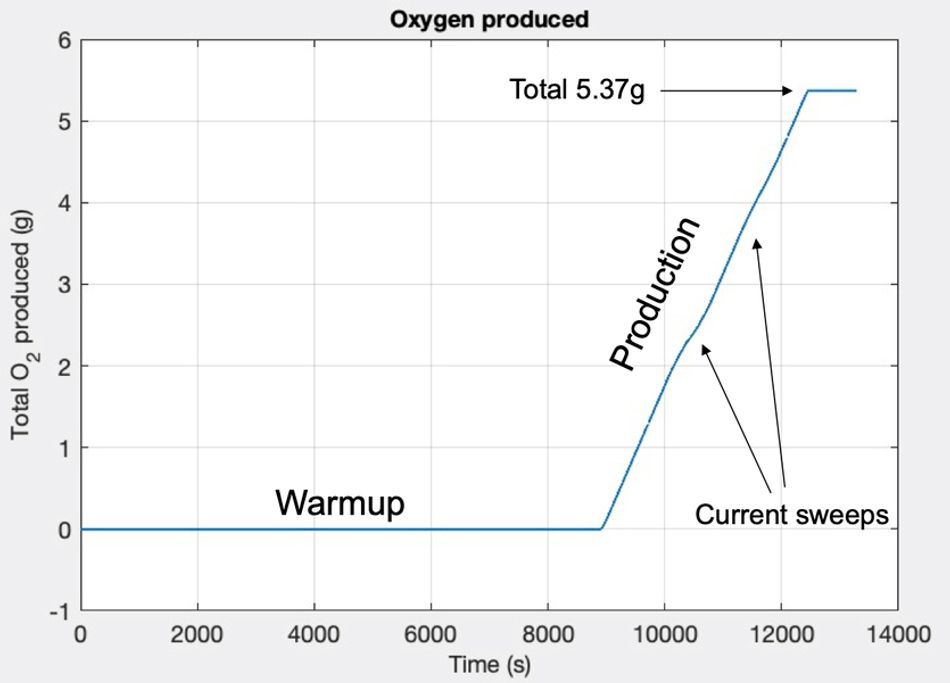 After a 2-hour warmup period MOXIE began producing oxygen at a rate of 6 grams per hour. The was reduced two times during the run (labeled as “current sweeps”) in order to assess the status of the instrument. After an hour of operation the total oxygen produced was about 5.4 grams, enough to keep an astronaut healthy for about 10 minutes of normal activity. Credits:Image: MIT Haystack Observatory MOXIE’s first oxygen run produced 5.4 grams of oxygen in an hour. The power supply limits potential production to 12 g/hr — about the same amount that a large tree would produce.

For both rockets and astronauts, oxygen is crucial, says MOXIE’s principal investigator, Michael Hecht of MIT Haystack Observatory. “To burn its fuel, a rocket must have many times more oxygen by weight. To get four astronauts off the Martian surface on a future mission would require 15,000 pounds (7 metric tons) of rocket fuel and 55,000 pounds (25 metric tons) of oxygen.” In contrast, Hecht says, “The astronauts who spend a year on the surface will maybe use one metric ton between them to breathe.” 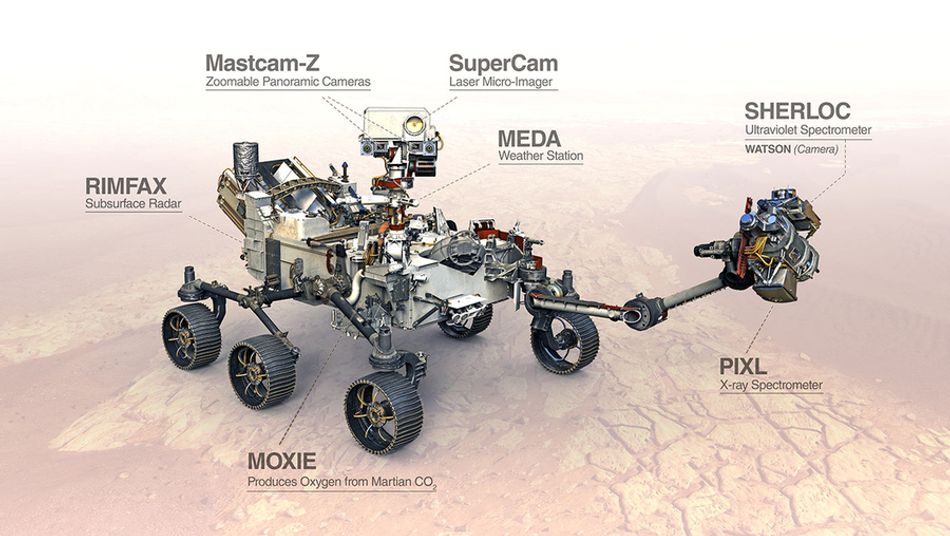 Illustration of the Perseverance rover on Mars with its science instruments. Image: NASA

The oxygen production process starts with carbon dioxide intake; inside MOXIE, the Martian CO2 is compressed and filtered to remove any contaminants. It is then heated, which causes separation into oxygen and carbon monoxide. The oxygen is further isolated by a hot, charged ceramic component; the oxygen ions merge into O2. Carbon monoxide is expelled harmlessly back into the atmosphere.

The MOXIE teams will next analyze the purity of the oxygen; preliminary indications are that once the background CO2 was flushed out by the flowing oxygen, the resulting product was nearly 100% pure oxygen.

Serving as a proof of concept, MOXIE has paved the way for possible future Mars missions to produce oxygen, which will be needed for rocket propulsion on return trips for crewed missions. 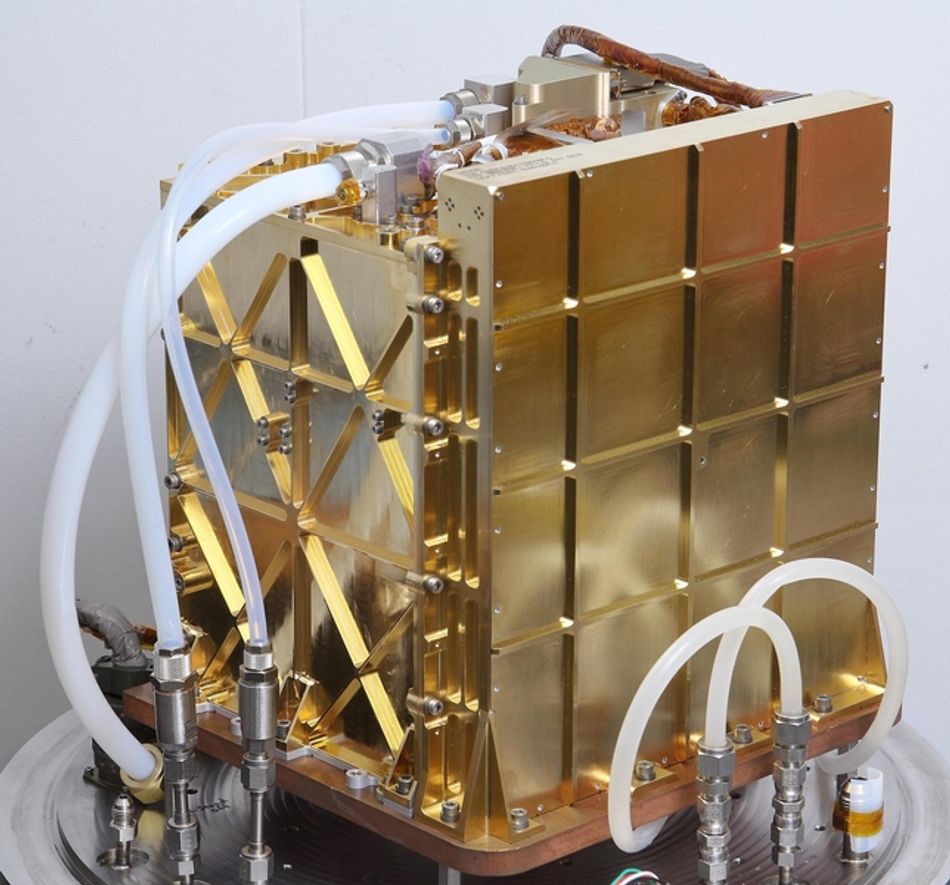 After the first demonstration of oxygen creation, MOXIE teams will next analyze the purity of the oxygen; preliminary indications are that once the background CO2 was flushed out by the flowing oxygen, the resulting product was nearly 100% pure oxygen. Credits:Credit: NASA/JPL-Caltech

“The first run of MOXIE is a step in the right direction to bring us closer to the possibility of human missions to Mars,” says Jeffrey Hoffman, a professor of the practice in the MIT Department of Aeronautics and Astronautics, who is the deputy principal investigator the project. “The technology that evolves from what we have been able to do here will be the grandchildren descended from the success of our MOXIE instrument.”

MOXIE is sponsored by NASA’s Space Technology Mission Directorate and Human Exploration and Operations Mission Directorate. It is a joint venture between NASA, the Jet Propulsion Laboratory (JPL), MIT Haystack Observatory, and MIT’s Department of Aeronautics and Astronautics. JPL, which is managed for NASA by Caltech in Pasadena, California, built and manages operations of the Perseverance rover.