It’s impossible to imagine contemporary technologies without compact laser systems. They work in various gadgets, transmit our data, even this article arrived in front of your eyes after passing through fiber-optic systems – all that thanks to miniature optical devices.

To let optical technologies develop even further, we have to make lasers smaller still. And that’s where the problem arises in the form of resonators, which are an integral part of any laser system. They are devices that “catch” light and “keep” it, so that this light saves enough energy to form a laser beam. However, the smaller these devices are, the harder it is for them to hold the light long enough, especially when they are smaller than the wavelength of light.

“One of the requirements for creating a laser system is making a single photon, a quantum of light, live in the resonator long enough, that’s why it is extremely difficult to create an effective resonator with the size in the order of a wavelength or smaller. Light will simply escape from such a resonator,” explains Mihail Petrov, an associate professor at ITMO’s Faculty of Physics and Engineering.

Researchers from ITMO University together with their colleagues from the Institute for Physics of Microstructures of the Russian Academy of Sciences in Nizhny Novgorod and German partners from Martin-Luther-University Halle-Wittenberg tried to solve this problem. They decided to overcome the size limit by uniting several supercompact resonators into one system.

“We discovered a little trick that we could use – taking not one extremely small resonator but a whole ensemble of them, or, as in our case, a chain,” continues Mihail Petrov. “It can be viewed like a chain of weights and springs, which will keep moving for a long time after it’s been stirred due to its oscillations. We have used a similar principle here, so that the light will spend a long time oscillating and preserving energy for laser radiation in the chain thanks to the high energy factor of collective mode.”

The researchers have demonstrated a system built like a train, where resonators follow one another, but other geometries are also possible, for instance, fan-like, circular, or semicircular, depending on the task at hand.

Bringing down the size

The new principle can potentially be employed to decrease general sizes of laser blocks in various devices, including telecom ones, as it will make their resonators smaller.

“As of now, there are almost no materials that could be used to produce single resonators comparable in size to our chain and exceeding its energy factor,” says Mihail Petrov. “A group of researchers from our faculty has recently discovered a material that could be potentially used for this purpose, but the respective technology is yet to be developed.”

However, even if such materials and technologies do appear, the suggested approach is applicable for them, too, and will allow creating superefficient devices.

“We are practically using an added degree of freedom at the stage of designing a resonator, which allows us to choose its geometry and change the location of elements in the nanoresonator ensemble,” adds Mihail Perov. 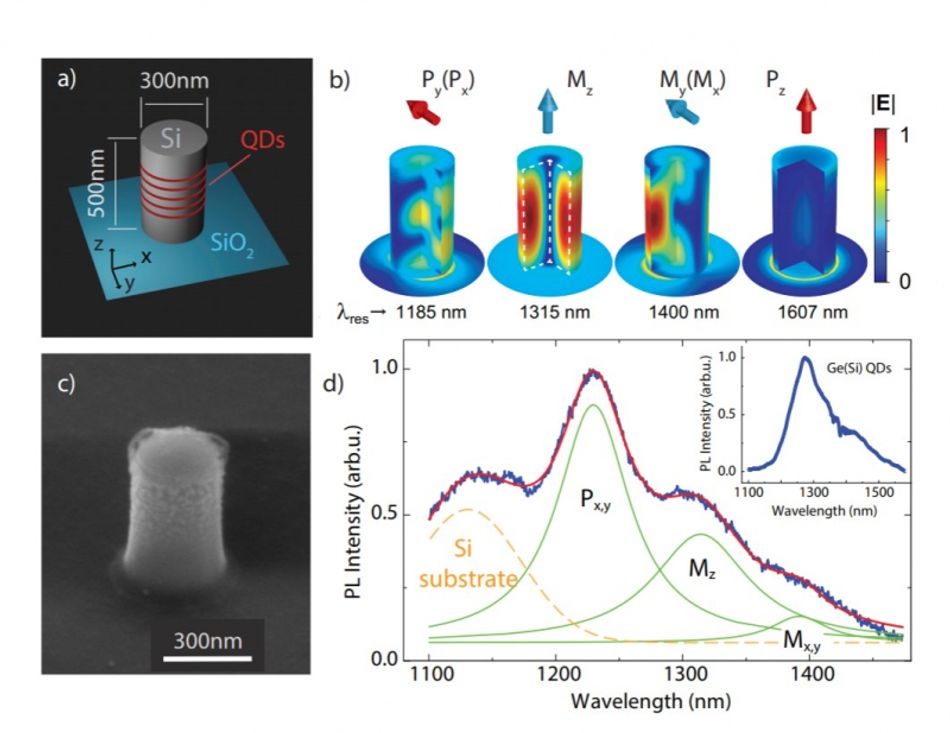 Picture from the article. Credit: pubs.acs.org

Right on the chip

In their work, the researchers used materials based on group 4 elements – silicon and germanium. This approach lets them solve another problem and get rid of the technological “seam” between the optoelectronic systems based on semiconductor materials of groups 3-5, such as gallium arsenide, and electronic chips made from silicon. In the future, this will make it possible to significantly simplify optoelectroniс systems, which will positively affect data transfer rate.

“Everything that we demonstrated can be built on silicon,” concludes Mihail Petrov. “Nanoresonators can be etched on the same integral platform as the electronic system – and all the necessary interconnections can be created on that same chip.”

In the future, this may lead to cheaper and simpler devices meant for transferring optical signals into electronic ones and vice versa. 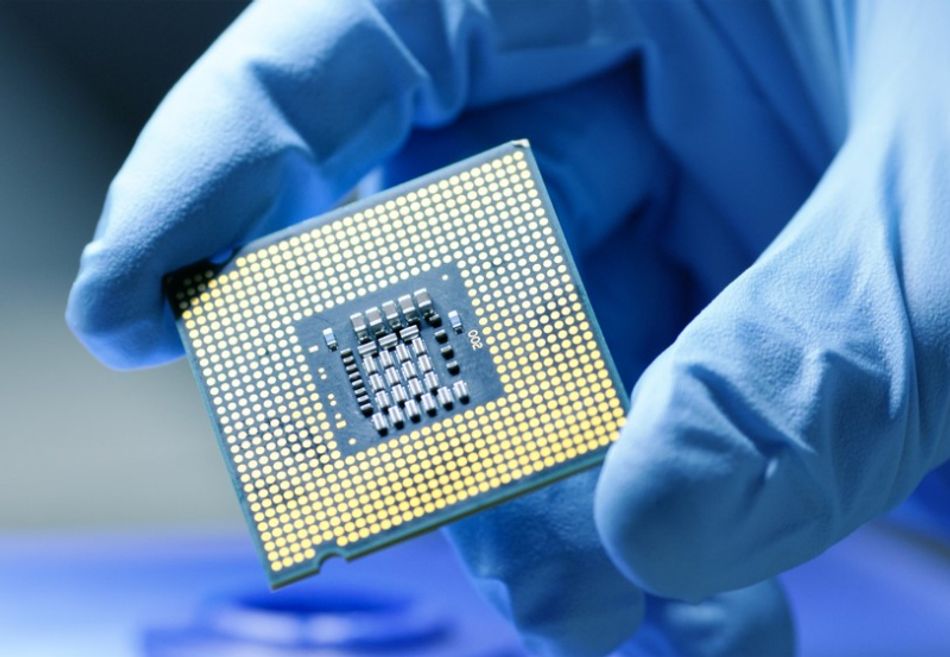 In recent years, researchers from all over the world break record after record in creating the smallest lasers. ITMO scientists have also been spotted in this race. An important feature of such systems is that they have to be charged by the energy of another laser.

To gain the most advantage, however, compact lasers have to be excited with electric current and not with a laser. This is one of the fields that, for instance, the new ITMO Megagrant is aimed at.

According to Mihail Petrov, his team suggested a design based on a nanoresonator ensemble that can be used for this purpose.

The research was published in ACS Photonics.

Diamonds can withstand the heat from high-powered, continuous beam lasers